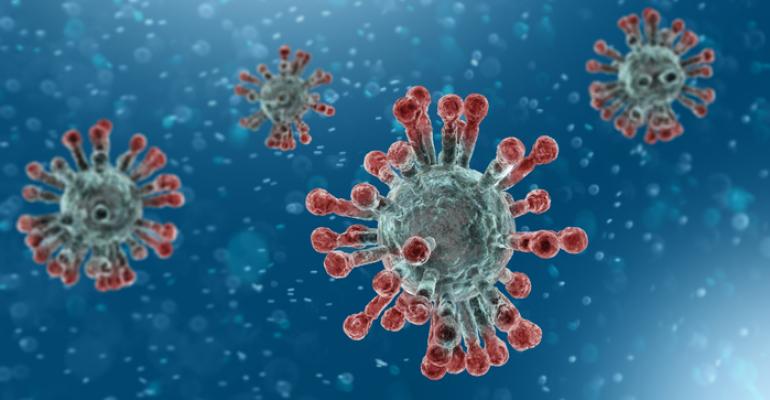 King County had been considering buying the Econo Lodge for some time, potentially as a location for isolating people with hepatitis A, measles and tuberculosis.

(Bloomberg) -- What started as a bold plan to slow the spread of the coronavirus in the Seattle area is quickly devolving into a Nimby battle.

Officials in King County, Washington, the epicenter of the outbreak in the U.S., said this week they would use emergency powers to buy and renovate an Econo Lodge south of Seattle to house virus patients.

The move led to a swift rebuke from the mayor of Kent, Washington, the suburb near Seattle-Tacoma International Airport where the 85-room motel is located. Workers and residents nearby are livid, and some have asserted that wealthier parts of the county never would have been picked.

“We’re one of the largest cities in the county, and we know we have a role to play in preventing the spread of the virus,” Kent Mayor Dana Ralph said in a phone interview. “But we were not included in the conversation or decision making.”

This type of consternation is common when a community pushes back against an unwanted project -- inspiring the term Nimby for “not in my backyard.” This time, the backlash comes as health officials try to contain a spreading public health crisis, revealing a challenge that many communities across the U.S. may face as they try to slow the outbreak.

“Washington state counties are not the only places where that is going to be discussed,” said Irwin Redlener, a disaster preparedness expert and public health professor at Columbia University in New York. “We might have to adopt procedures and protocols that would be unacceptable in the absence of a true national emergency. In other words, our standards might have to get much more lax.”

Kent isn’t alone in fighting quarantine plans. Last month, federal officials scrapped a proposal to move coronavirus patients from a cruise ship to a FEMA facility in Anniston, Alabama, after opposition from residents and the city council. There’s also been controversy over a proposal to place some patients in a state-owned facility in Orange County, California.

Ralph said King County had been considering buying the Econo Lodge for some time, potentially as a location for isolating people with hepatitis A, measles and tuberculosis.

The current plan includes $4 million for the purchase of the motel and another $1.5 million in emergency funds for renovations and to hire as many as 11 existing employees. The facility could open within two weeks. King County officials are also looking to set up quarantine housing at other sites, including in Seattle.

The motel will be used for patients who are infected with the coronavirus but aren’t seriously ill, part of an effort to keep hospital beds available for people who need them. County officials said it was the only property on the market that meets its criteria: separate heating and cooling systems for each room and doors that open to the outside, rather than a hallway.

On Thursday morning, cars raced by on the highway behind the motel, where a room with a single bed was going for $78.68 a night. Trucks were parked at the edge of the property, which sits near a Denny’s, a bowling alley and a Ford dealership.

Inside, confusion and anger reigned. The front-desk worker at the motel, who asked to not be identified by name, said that she had learned about the plan to quarantine coronavirus patients from news reports and was strongly opposed. She had yet to hear from her manager whether she would still have a job. And, even if she did, she wasn’t sure she wanted it for fear of infecting her family.

At the gas station across the street, a steady stream of customers gave Rupali Handa, 35, and her coworkers an earful about the plan, some saying that a quarantine site wouldn’t have been proposed for a wealthier part of the region.

“I’m sorry for the people who are going through this,” Handa said of those who’ve contracted the illness. But officials should quarantine people “somewhere else.”

(Updates with information on Kent.)