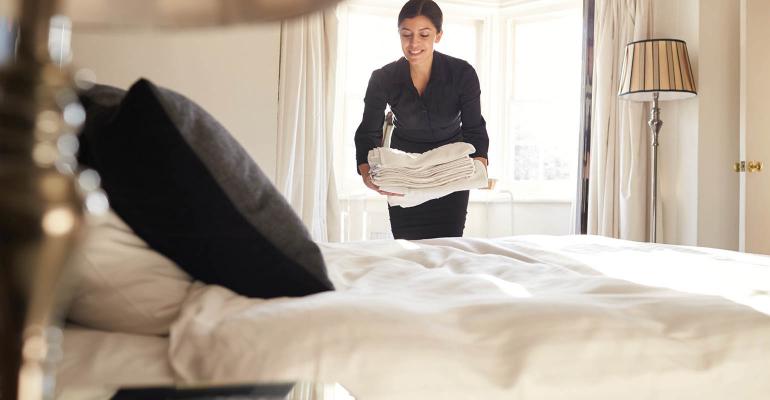 With occupancy at a peak and high property prices, investors wonder how much money they can make on hotel buys.

It’s hard to imagine how things can get much better for the U.S. hotel sector, and that can make it surprisingly difficult for investors to find acquisition deals that make sense.

“Right now, we are in the strongest occupancy environment ever recorded,” says Jan D. Freitag, senior vice president of lodging insights for research firm STR, based in Hendersonville, Tenn.

That’s great news, but many potential buyers of hotel properties now hesitate to assume that they can squeeze much more income out of new acquisitions because average occupancy rates are already so high. Many potential sellers are also hesitant. That’s because even if they can get a good price for a hotel property, after the transaction closes they may not be able to find another attractive property to buy.

“Being able to redeploy capital is an issue for a lot of investors,” says Kevin Mallory, global head of hotels for real estate services firm CBRE.

Harder to get deals done near the top of the market

Some buyers and sellers may have difficulty agreeing on the right price for an asset. “Buyers are probably underwriting a bit softer occupancy results going forward, whereas sellers still underwrite based on past performance,” says Freitag.

Prospective buyers are also taking a careful look at the properties they are considering. “Deals are taking a little longer to close,” says CBRE’s Mallory.

In addition to large portfolio deals involving GIC Real Estate and Hyatt, several portfolios of select-service hotels changed hands, representing a 45.0 percent year-over-year increase in the volume of those types of transactions, according to JLL.

Growth in single-asset sales, however, was muted.

“The transaction market is okay—it’s not as thriving as a few years ago,” says Thomas McConnell, executive managing director with real estate services firm Cushman & Wakefield.

Cap rates in the sector have held steady or rose by just a few basis points in 2018. “Cap rates are up a little,” says McConnell. “Though we have been sitting at the sale cap rates since last year.”

Other market watchers registered a mild decrease as prices rose for hotel properties. “Hotel cap rates were down slightly by four basis points in the first half of 2018, reversing a more than two-year trend of modest increases,” according to data from CBRE. The average cap rate for hotel properties in central business districts (CBDs) remained below 8.0 percent and under the long-term average. Cap rates for suburban assets fell 5 basis points to 8.48 percent.

“When people see heavy growth, they are willing to pay up for that,” says Mallory. “The outlook for the market is not one comprised of heavy growth.”

With prices high and performance strong, many investors are widening their horizons to find deals.

"Investors are turning their attention to the tier two markets in the U.S., which are the markets seeing substantial amounts of economic and demographic growth," says Robin Trantham, a consultant with research firm CoStar Portfolio Strategy.