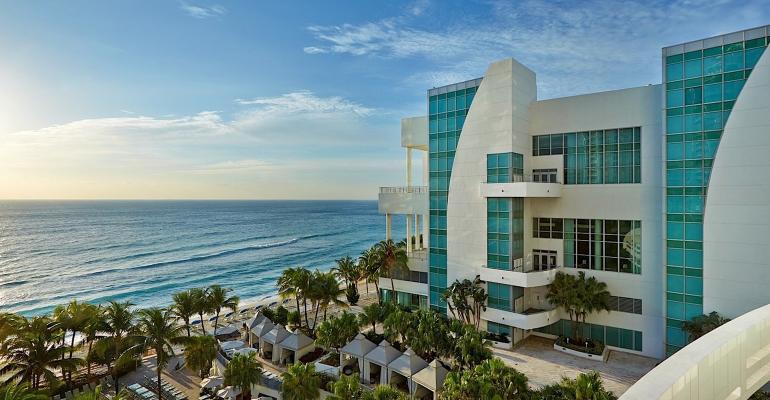 Brookfield Is in Talks to Sell Florida Resort to Developer Soffer

If the sale of the 1,000-room hotel goes through, it would make Jeff Soffer one of the largest convention hotel owners in Florida.

(Bloomberg)—An Brookfield Asset Management Inc. affiliate is in talks to sell the Diplomat Beach Resort, a 1,000-room hotel in Hollywood, Florida, to real estate developer Jeff Soffer, according to people with knowledge of the matter.

The potential sale would make Soffer one of the largest owners of convention hotels in South Florida, said one of the people, who asked not to be identified because the talks are private. Financial terms of the potential deal couldn’t be learned, though any transaction would likely value the resort at less than $1 billion, including debt, the people said.

The property, with more than 200,000 square feet of meeting space, sits between the Atlantic Ocean and the intercoastal waterway. It was built on the site of a historic hotel that hosted performances by Judy Garland and Bob Hope.

South Florida hotels haven’t been immune to a travel slump that’s weighed on top U.S. hospitality markets. In Miami, revenue per available room has declined 2.5% this year through August, compared to the year before, according to lodging data provider STR. In Fort Lauderdale, it was down 3.8% over the same period.

Soffer is the son of Donald Soffer, a billionaire real estate developer who turned swampland north of Miami into the city of Aventura. The family’s Turnberry Associates has also built shopping centers, upscale dwellings, and mixed-use complexes such as SoLé Mia in North Miami.

Jeff Soffer had led Turnberry with his sister until this year, when he left the firm to lead Fontainebleau Development, according to a report in March in the Miami Herald. His firm’s holdings include the JW Marriott Miami Turnberry Resort & Spa, a 398-room property in Aventura, and the Fontainebleau Miami Beach, a 1,500-room hotel situated on a 22-acre oceanfront stretch.

To contact the editors responsible for this story: Alan Goldstein at [email protected];