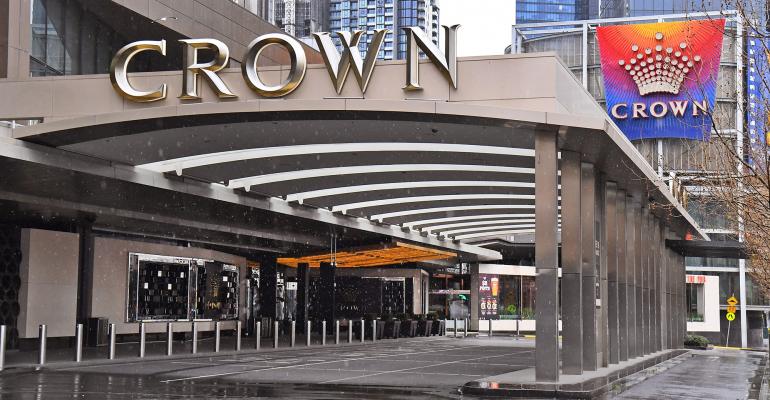 Star Entertainment Group is proposing an all-stock merger and Blackstone has sweetened its cash offer.

Star said its offer would create an Australian gaming and hospitality giant with a market value of A$12 billion ($9.4 billion) as it unveiled plans to cut costs, as well as sell and lease back property, at the enlarged group. Minutes earlier, U.S. private-equity firm Blackstone raised its offer for Crown by 4% to A$8.36 billion.

Bidders are circling Crown while it’s cornered by regulatory investigations. A damning inquiry in February found the company was unfit to run its new Sydney casino following years of money laundering at properties in Perth and Melbourne, which are now the subject of fresh probes.

Beyond the scrutiny from gaming watchdogs that currently has Crown in disarray, the company’s longer-term appeal to suitors is clear. It owns the sole licensed casinos in Melbourne and Perth, the respective state capitals of Victoria and Western Australia, and a brand new A$2.2 billion resort on Sydney’s waterfront. While Covid-19 restrictions and border closures have dented profit during the pandemic, earnings are expected to bounce back next year.

Packer, whose influence on Crown was criticized in the regulatory report in February, has increasingly stepped back from corporate life to fight a mental health battle. The Blackstone bid would give him a potential clean break. Star’s proposal offers the billionaire the chance to swap at least some of his 37% stake in Crown for a smaller share in the merged entity.

The board of Crown, with the outcome of the Perth and Melbourne inquiries hanging over the company, must now weigh up the instant reward of Blackstone’s cash offer with the potential long-term benefits of a union with Star.

Star announced a nil-premium offer of 2.68 of its shares for each Crown share -- the equivalent of A$10.48 a share based on Star’s closing price Friday. Star’s bid also includes a cash alternative of A$12.50 per share for as much as 25% of Crown’s issued shares. Assuming the cash component is fully taken up, the offer equates to a value of A$7.44 billion, according to Bloomberg calculations.

That’s way below Crown’s market value. But once savings and benefits from the merger are included, Star said its proposal implies a potential value of A$14 per Crown share.

“There is no premium built into their offer, with the only incentive being that they hope that 1+1 will equal 2.5,” said Ben Lee, Macau-based managing partner at gaming consultancy IGamiX. “Star is desperate to prevent someone else from taking over its one and only competitor.”

Star said it can deliver between A$150 million and A$200 million in annual cost savings from areas such as head office, marketing and technology, that would have a combined net value of A$2 billion.

Star’s proposal “creates a long-term opportunity for the capital market which would not exist if Crown gets bought by an American private equity firm,” Star Chief Executive Officer Matt Bekier said in an interview. “We think we can pull this off with relatively low risk.”

Star also plans a sale and leaseback of the enlarged group’s property portfolio. According to a Star presentation detailing the company’s proposal, the combined group’s key casino properties could sit in an unlisted fund that’s half-owned by institutional wholesale investors.

--With assistance from Harry Brumpton and Jinshan Hong.