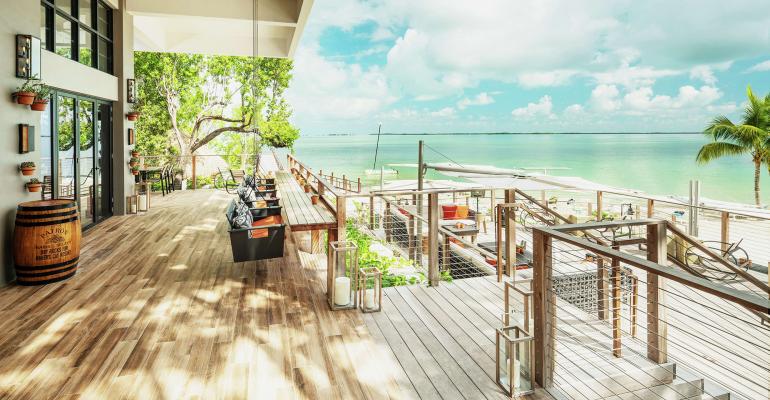 The deal brings the value of Host Hotels’ recent acquisitions to $1 billion and signals that lodging investors think the industry has turned the corner.

Host Hotels & Resorts Inc. is paying $200 million for Baker’s Cay Resort in Key Largo, acquiring a newly renovated property with 200 rooms in a part of the country that is leading the nascent hotel recovery.

The deal, which comes amid a summer travel boom that is pushing hotel occupancy rates close to pre-pandemic levels, brings the value of Host’s recent acquisitions to $1 billion and signals that lodging investors think the industry has turned the corner.

“History will tell you that if you’re able to deploy capital at the beginning of the lodging cycle, you’re in a good position,” said Chief Executive Jim Risoleo in an interview. “We’re delighted to have a balance sheet that allows us to play offense.”

Last year was the worst ever for the modern lodging industry and a low point for Host, whose portfolio of 78 U.S. hotels includes massive properties such as the New York Marriott Marquis and Orlando World Center Marriott. Occupancy rates across the company’s hotels fell below 5% in early April, and its shares were battered.

Host sold more than $3 billion worth of properties in the years preceding the pandemic, giving it flexibility to make acquisitions as Americans start traveling again. The company agreed to buy the Hyatt Regency Austin for $161 million in March, getting a favorable price by purchasing the property before a lender could foreclose.

For the most part, however, opportunities to acquire distressed hotels haven’t materialized. Host paid $610 million for the Four Seasons Resort Orlando at Walt Disney World, and Hyatt Hotels Corp. bought the 59-room Ventana Big Sur for $2.5 million a key. Prices for upscale resorts are in line with pre-Covid levels, Green Street analyst Lukas Hartwich wrote in a recent note.

The Baker’s Cay deal is more evidence that leisure destinations are in demand. The seller, KHP Capital Partners, recently completed a $63 million renovation to repair damage from Hurricane Irma. And the location, on 13 acres (5.3 hectares) of beachfront land near the top of the Florida Keys, has allowed the property to push rates higher. Available rooms are going for more than $500 a night this summer, according to the hotel’s website.

Vacationers are boosting hotels across the U.S. Revenue per available room, a measure of occupancy and price, approached 2019 levels during the week ending June 26, according to analytics firm STR.

Hotels that depend on business travel, on the other hand, aren’t out of the woods yet. Room revenue at urban hotels across the U.S. was down 52% on average in May compared to 2019, according to a recent report from the American Hotel & Lodging Association, which said the category is suffering through “a depression.” New York, San Francisco, Boston and Washington, D.C. are faring even worse.

Risoleo predicted that corporate travel and group bookings will pick up significantly in September, and said that his company hasn’t given up on urban hotels.

“By no means are we ruling out the major markets,” Risoleo said. “We would be an acquirer in any of those markets for the right asset.”