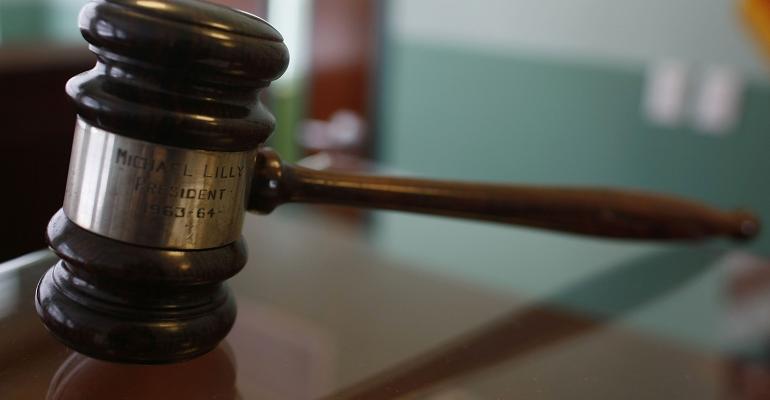 (Bloomberg) -- The head of a family charged with participating in a $20 million pump-and-dump scheme pleaded guilty to running a fraud ring that allegedly involved his three sons and that prosecutors called "just the latest chapter in a lifetime of fraud."

John "Yanni" Galanis, 73, of Oceanside, California, was accused of manipulating shares of Gerova Financial Group Ltd., a Bermuda-based financial services company, by enticing brokers to bid up shares for client accounts and then selling their own stock in the company. His sons -- Jason, Jared and Derek Galanis -- are also charged with participating in the scheme, which prosecutors said ran from 2009 to 2011.

Jason Galanis gained control over the company and had his 5 million shares -- almost half the company’s public float -- secretly issued to a straw holder, according to the government. The sons then sold the shares to brokers who bought them for client accounts, the government said.

John Galanis pleaded guilty Wednesday before U.S. Magistrate Judge Sarah Netburn in New York to one count of securities fraud and one of conspiracy to commit securities fraud, in exchange for a sentence of as much as 10 years in prison and a fine of as much as $5 million. He faced at least 20 years in prison if convicted of the counts against him. He also agreed to forfeit more than $19 million in ill-gotten gains. Sentencing is scheduled for Dec. 2.

His lawyer, David Touger, said after the hearing that his client pleaded guilty to avoid implicating his son Jared, without mentioning the other children named in the indictment.

“Jared Galanis is not guilty of anything,” Touger said.

The Galanises, along with alleged straw holder Ymer Shahini, Gerova Chief Financial Officer Gary Hirst and investment adviser Gavin Hamels, were charged last September. With the exception of Shahini, they were also sued by the U.S. Securities and Exchange Commission.

Jason and John Galanis face additional charges, in an unrelated case, that they stole the proceeds of a $68 million bond issue in the name of a South Dakota American Indian tribe. They used the proceeds to pay legal bills and taxes, buy luxury goods and make $3 million in improvements to Jason Galanis’s Bel Air, California, home, prosecutors charged. Jason Galanis has been in jail since being arrested in the tribal bond scheme, and a federal appeals court in New York Wednesday denied his bid for bail pending a trial set for September.

Jason Galanis was fined $60,000 by the SEC in 2007 for preparing false financial statements at the men’s magazine publisher Penthouse International Inc.