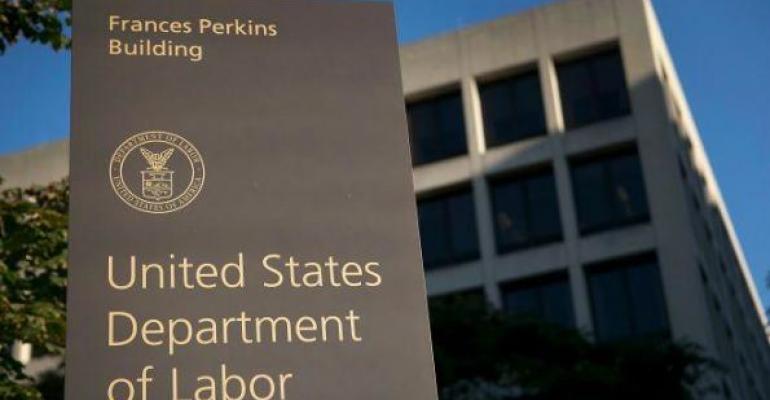 A group of nine plaintiffs, including the U.S. Chamber of Commerce, the Securities Industry and Financial Markets Association (SIFMA) and the Financial Services Institute, filed a lawsuit challenging the Department of Labor’s fiduciary rule.

The suit argues that the agency overstepped its boundaries and that the Securities and Exchange Commission is the agency with jurisdiction to develop a uniform fiduciary standard of care. It also alleges the rule violates the First Amendment right to free speech. The suit was filed Wednesday in U.S. District Court for the Northern District of Texas.

In January, the Chamber of Commerce said it would use every tool at its disposal to challenge the fiduciary rule, including a lawsuit. David Hirschmann, president and CEO of the Chamber’s Center for Capital Markets Competitiveness, said he expects President Barack Obama to veto the current resolution in Congress to kill the DOL’s rule; the lawsuit was a necessary step his organization had to take to get a decision by the time the rule goes into effect next April.

“The common thread in the litigation we’ve been involved in is you go to court when you’re at the stage of the process when the rule is final, and after a careful and thorough read of the rule, your members tell you that the regime that’s been set up will not work,” Hirschmann said in an interview with WealthManagement.com. “If they try to build it upon this foundation, the house won’t stand. This is a step we have to take now, and it’s a step we’ve taken because our members across the board have told us they cannot serve, particularly in our case, small businesses under this regime.”

Ken Bentsen, president and CEO of SIFMA, said the group also felt there was no other choice but to ask the courts to review the rule.

“Our members came to the conclusion that this rule was not consistent with where Congress was at, was an overreach, would subject them to tremendous legal liability in an uncalled-for fashion, would do harm to their business model and their clients, that we were left with no other choice but to pursue this action,” he said Thursday.

The DOL responded to the lawsuit with a statement, arguing that most advisors already put their clients’ interests first and are well positioned to comply with the rule.

The lawsuit argues that the DOL rule uses an overly broad definition of “fiduciary,” one that is very different from that used in securities laws. It also contends that the agency has no regulatory or enforcement authority over Individual Retirement Accounts; that lies with the Department of the Treasury, said Eugene Scalia, partner with Gibson Dunn, which is representing the plaintiffs.

One count alleges that the DOL has no authority to create a private right of action; the Supreme Court has made it clear that this Congress decides whether or not private individuals can bring lawsuits, Scalia said.

The suit also argues that the DOL has improperly trenched upon the jurisdiction of the SEC, FINRA and state insurance regulators.

The groups also claim that restrictions on communications between financial advisor and clients are so onerous that they improperly restrict speech in violation of the First Amendment.

A number of counts address other errors in the rule, including the DOL’s failure to give adequate notice of last-minute changes, failure to consider comments that were filed, and failure to properly consider the adverse consequences of the rule.

“This after all is a rule adopted for its purported economic and financial benefits, and yet the record evidence is clear that this will have very disruptive, serious costs on retirement savers and the industry as a whole,” Scalia said.

Specifically, Hirschmann believes advisors will have to pass on the rising costs that the rule will impose on their businesses, discouraging small business owners from creating savings plans.

Some industry groups came out against the lawsuit. Better Markets, for example, said it was Wall Street’s desperate, shameless attempt to protect its own profits. In a statement, President and CEO Dennis Kelleher said the plaintiffs chose a federal district court in Texas because it was more favorable to businesses.

“I think it’s appropriate that a case that’s about impacts on Main Street businesses and Main Street Americans be in a Main Street jurisdiction,” Scalia said in response. “I don’t think this is a Wall Street case or an inside-the-beltway case. This is a case about impacts that are going to occur throughout the country, not least mid-America.”

“The most pro-investor position that can be taken is continuing to expand access to advice so that Americans can achieve a dignified retirement,” said Dale Brown, president and CEO of FSI. “We have all concluded that this rule does not support that important goal, and that is why we’ve taken this action.”

The suit asks that the rule be thrown out by the court and the DOL be prevented from implementing or enforcing it.