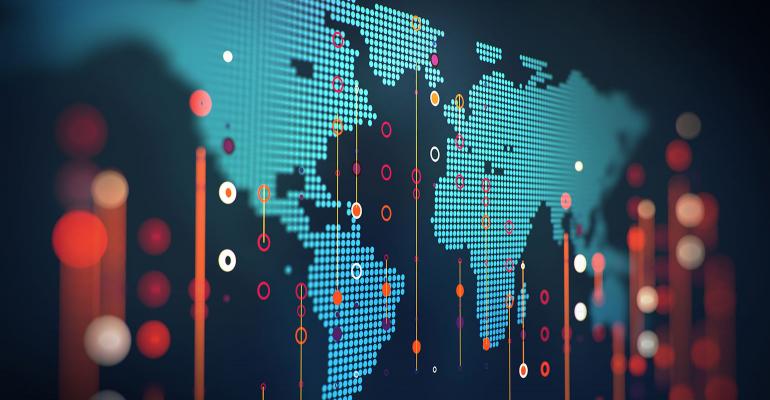 Bad news sells newspapers. The usual suspects do not elicit surprise. Events like natural disasters and political scandals routinely appear “above the fold” in an appeal to readers’ negativity bias. In recent headlines, however, a more unlikely villain has emerged: growing leverage on corporate balance sheets.

Make no mistake, risk is elevated. This is particularly true for the broader corporate credit arena. Central banks responded to the global financial crisis by providing unprecedented amounts of liquidity, which fueled debt market growth and investor risk-taking. As a percentage of GDP, U.S. non-financial corporate debt is near the peaks seen in the tech bubble of the late 1990s and the housing bubble of the mid-2000s. Yet like any risk, evaluating its potential severity requires context. Lost in the headline noise surrounding the demise of corporations is this important fact: the U.S. consumer continues to function as the single largest economic force in the world, representing approximately 17% of global GDP. This is greater than the entire GDP of China and more than the aggregate GDP of Japan, Germany and the UK combined. In the context of global consumption, the U.S. holds a 29% share.

U.S. consumption forms a bigger share of global GDP than the entire GDP of China and represents 29% of global consumption

Despite growing risks in the corporate space, the strength in U.S. consumption is contributing to what is currently the second longest economic expansion ever…soon to become the longest. The “Great Moderation,” coupled with stronger risk management frameworks, has led to an economic system with stable underpinnings.

Contrary to headlines indicating a looming recession, we expect four primary catalysts will support the American consumer base and prolong the current economic expansion.

Four Reasons Why We Expect the U.S. Consumer to Remain Strong

Consumer confidence has proven resilient after the equity sell-off in 4Q18. The University of Michigan’s Consumer Sentiment Index is currently sitting at 98, close to a high point from the past decade and well above its five-year average of 94. The Conference Board’s Consumer Confidence survey continues to demonstrate upward momentum, and is now above 134 (versus a five-year average of 111). Additionally, based on the New York Federal Reserve’s Survey of Consumer Expectations, lower-income cohorts are expected to increase spending by roughly 4% over the coming year; all income cohorts are expected to increase spending by at least 3%.

Consumer credit has been increasing steadily, with an expansion of roughly $18 billion for April (5.2% annualized growth) based on the Fed’s most recent consumer debt information. The revolving debt component, which encompasses credit card debt, rose by $7 billion (8% seasonally adjusted annualized growth). This suggests that consumers feel more comfortable in assuming a greater debt burden to finance higher levels of discretionary spending. Nonrevolving debt, which incorporates education and auto loans, also rose, albeit at a lower rate (4.25% annualized).

Furthermore, despite this expansion in consumer credit, we believe that household balance sheets are sitting in healthy standing. Consumer deleveraging in the aftermath of the housing crisis has led to lower aggregate debt-to-GDP ratios; corporate debt-to-GDP, meanwhile, has increased. Regardless, the overall private sector balance remains in surplus. In our view, this is an auspicious factor in the context of extending the current economic cycle, and positive cash flow also reduces the chances of systemic economic risk.

Personal income is a critical factor in driving spending. By this metric, the most recent year-over-year growth rate is 3.9%. While this is less than the average of 4.4% over the course of 2018, it is still indicative of a strong labor market. Similarly, wage growth, as measured by average hourly earnings for all private sector employees, has ticked down in recent months. However, it still exceeds 3% and is higher than the majority of the annualized growth rates experienced over the current economic cycle. Low unemployment, elevated quit rates and higher wages all function as constructive labor market dynamics that ultimately lead to higher spending.

The bond market has priced in two to three 25-basispoint (bp) cuts by the Fed for the balance of 2019. While this dovish scenario is far from our base case, it is nonetheless indicative of potential “insurance cuts” that the Federal Open Market Committee (FOMC) can trigger in the event of a possible moderation in growth. In our view, Fed policy will become more accommodative if the economic situation warrants such action, thus supporting future U.S. consumption. Even if the market does not reach the strike price of an implied “Powell put,” this option is a powerful tailwind to enhance financial conditions and therefore stimulate consumption if needed.

What Could Derail the Consumer?

Quantifying the Impact of a Trade War

We don’t believe that protectionist policies employed by the current administration have exerted a meaningful impact on growth and inflation. Fundamentally, it’s important to recognize that a given tariff represents a one-time shift of inflation, as opposed to a recurring inflationary increase each year. In this past year, tariffs have contributed approximately 0.3% to annualized inflation. Because the implementation was staggered, though, the 0.3% inflation was not felt all at once. Thus, we disagree with the narrative that tariffs — as they currently stand — would generate a materially adverse impact on growth, particularly given that the impact on consumer prices would be tolerable.

In the event of a significant escalation in the trade war with China, however, the United States would experience disproportionately higher inflation. Based on a 25% tariff for the remaining $300 billion of imports, estimates suggest that consumers could face an incremental 0.5% of inflation. We find this potential price shock credible as the remaining imports comprise a much higher proportion of consumer goods vis-à-vis the earlier $250 billion. Ultimately, this could weigh heavily on real purchasing power, sentiment and prospects for growth.

Spillover of Corporate Risk into the Consumer Arena

In severe environments, when the corporate sector struggles layoffs tend to happen. However, while risk is elevated in the corporate sector, we do not believe a downgrade cycle is imminent. Although leverage has increased for investment grade companies, much of this increase has been the result of M&A transactions by larger companies that have several levers to pull to ensure they remain investment grade. We have also observed that many of these companies are higher quality companies that operate in defensive sectors, which should help insulate them from an economic downturn. More recently, we have seen an increase in the number of companies reducing debt. In 2018, among $5 billion issuers, 51 reduced debt by more than 5% compared to 38, 33 and 22 in 2017, 2016 and 2015, respectively. Against this backdrop, we maintain a more moderate view versus the doomsday headlines regarding corporate credit.

While headlines focus on corporate debt, the U.S. consumer is in much better shape than in previous periods preceding recessions

Fundamentally, cash flow is strong, consumer confidence is extremely high and wage growth is robust. While it is possible that certain pockets of the consumer base could undergo stress — or that an abnormal external shock could derail the current cycle — we believe that the Fed would intercede in a forceful manner. We thus expect U.S. consumption to remain resilient over the next several months.

Voya Investment Management has prepared this commentary for informational purposes. Nothing contained herein should be construed as (i) an offer to sell or solicitation of an offer to buy any security or (ii) a recommendation as to the advisability of investing in, purchasing or selling any security. Any opinions expressed herein reflect our judgment and are subject to change. Certain of the statements contained herein are statements of future expectations and other forward-looking statements that are based on management’s current views and assumptions and involve known and unknown risks and uncertainties that could cause actual results, performance or events to differ materially from those expressed or implied in such statements. Actual results, performance or events may differ materially from those in such statements due to, without limitation, (1) general economic conditions, (2) performance of financial markets, (3) interest rate levels, (4) increasing levels of loan defaults (5) changes in laws and regulations and (6) changes in the policies of governments and/or regulatory authorities. Past performance is no guarantee of future returns.