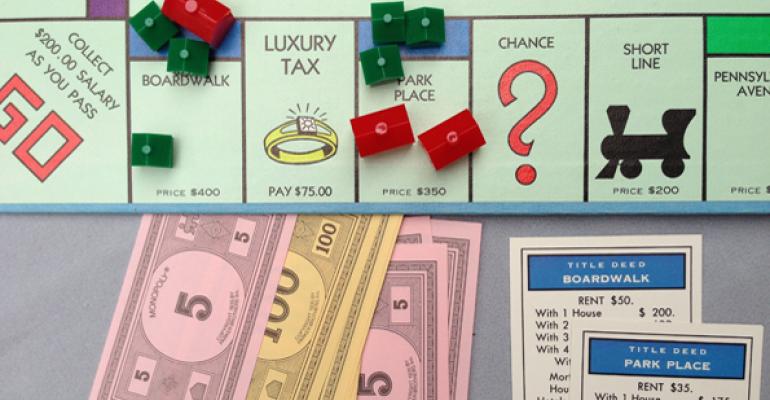 Real estate ranked as one of the worst-performing categories of 2013. In a year when the S&P 500 returned 32 percent, real estate funds gained 1.6 percent, according to Morningstar. Rising interest rates have contributed to the weak showing. Real estate and other dividend-rich sectors often sink when rates rise. Investors tend to sell dividend stocks and shift to fixed income as bond yields become more competitive.

Can real estate funds rebound this year? Some analysts think so. After the poor performance, real estate looks relatively cheap. The funds typically invest in real estate investment trusts (REITs), which own portfolios of commercial properties, such as hotels, office buildings, and malls. REITs often sell at premiums of 2 percent or more to the appraised value of their properties. After the sluggish showing, the shares now sell at discounts of 7 percent to 10 percent, says Steven Brown, portfolio manager of American Century Real Estate (AREEX). “When rates rose, REITs went into the doghouse,” says Brown.

Brown argues that market conditions could support a real estate revival. As the economy expanded last year, demand for commercial space increased about 2.5 percent. But supply only grew 0.6 percent. With little supply entering the markets, rents and cash flows are improving. Brown figures that demand will continue climbing while new construction should remain sluggish because of the lingering effects of the financial crisis. During the turmoil, real estate prices sank. They have recovered some ground since then. But in many markets it is still cheaper to buy an old building than it is to develop a new one. Until construction becomes attractive again, banks will remain wary about financing and developers will shy away from starting new projects.

With earnings climbing, REITs have been raising dividends. REITs currently yield 4.4 percent, according to NAREIT, a trade group. That is a decent payout at a time when 10-year Treasuries yield 3 percent. Besides providing solid income, REITs can offer some diversification. As the recent returns demonstrated, real estate does not necessarily move in lockstep with the overall stock market.

Make no mistake, rising rates do provide a headwind for REIT shares. But even if rates continue climbing, real estate funds could deliver solid returns, says Abby Woodham, a Morningstar analyst. Woodham looked at how real estate performed during earlier periods of rising rates. From June 2004 through August 2006, the federal funds rate climbed from 1.25 percent to 5.25 percent. But during the period, REITs gained 65 percent, more than double the returns of the S&P 500. Real estate rallied because the economy was growing while rates rose. “The performance of REITs is tied to economic growth,” says Woodham. “Rising rates are not necessarily a death knell for real estate.”

REITs account for 3 percent to 5 percent of the total assets in the stock market. Woodham says that many clients should have at least a market weighting. To own a stake in the sector, consider a mutual fund with a strong long-term record. Top choices include American Century Real Estate (AREEX), Cohen & Steers Realty Shares (CSRSX), and Fidelity Real Estate Investment (FRESX). Passive investors should consider Vanguard REIT Index (VGSIX).

Among the top performers is Fidelity Real Estate. During the rebound from the financial crisis, the fund outdid most competitors. Early in 2009, portfolio manager Steve Buller became convinced that prices of shakier REITS had become too cheap compared to businesses with stronger balance sheets and more reliable income. While investors preferred quality health care REITs—which rent space to nursing homes and other stable medical facilities—the markets were shunning hotels and properties that suffer from vacancies in downturns. Buller scooped up riskier REITs and scored big gains when they rebounded sharply.

A recent holding was Public Storage, which operates 2,200 self-storage facilities. The company has been taking market share away from the small local operators that dominate the industry. Public Storage has been spending heavily to attract customers on the Internet, gaining an advantage at a time when more customers are shopping online for space. “If you own one facility, there is no way that you can compete with a big national company that pays for clicks,” says Buller.

Cohen & Steers has posted a steady long-term record. During the past 10 years, the fund returned 9.6 percent annually, outdoing 88 percent of peers. Portfolio manager Thomas Bohjalian is emphasizing industrial properties, which operate warehouses that are used by builders, retailers and manufacturers. A favorite holding is Prologis, which has warehouses in Asia and Europe as well as the U.S. Bohjalian says that the REIT owns state-of-the-art facilities with high ceilings that make it easy for trucks to load quickly. “Shippers need to move fast because e-commerce customers expect to receive deliveries on time,” he says.

American Century Real Estate is emphasizing some operators of quality malls, including General Growth Properties. Although retail sales are recovering, there is likely to be little new construction for years because it is difficult for developers to assemble large plots. Unable to start new properties, General Growth is expanding by renovating and expanding existing properties. “This is a low-risk strategy that is delivering good results,” says American Century portfolio manager Steven Brown.

Brown also owns Host Hotels, which operates hotels with such brands as Ritz-Carlton and Hyatt. With business and leisure travelers once again booking rooms, revenues are climbing. “Hotels have the wind at their backs now,” says Brown. “The convention business is picking up from very depressed levels.”

Vanguard REIT Index holds a broad collection that has 28 percent in malls and retail, 17 percent in apartments, and 13 percent in offices. The fund offers a low annual expense ratio of .1 percent. During the past 10 years Vanguard returned 8.5 percent annually, outdoing 61 percent of real estate funds. The Vanguard fund has finished in the top half of the category for the past six consecutive years. Few active managers boast such a consistent record.