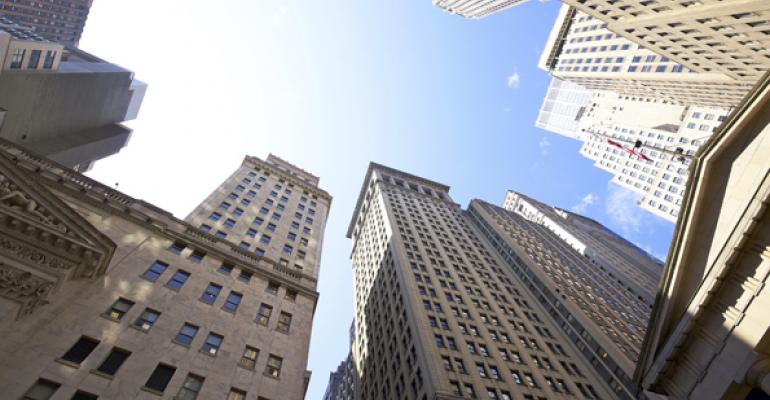 There are times when the unsecured debt market is open and the secured market isn&rsquo;t.

Public REITs are known for their deep pockets thanks to their ability to tap both traditional mortgage debt as well as public equity. REITs are expanding their capital options even further with a growing appetite for unsecured debt.

Veteran REITs such as Kimco Realty Corp. have been using unsecured debt as a capital source for the past two decades. “We look to be opportunistic where we can and use the different capital sources that are available to us,” says Glenn Cohen, CFO of New Hyde, N.Y.–based Kimco.

There is an ebb and flow to the unsecured debt market as pricing and availability fluctuate along with interest rates and buyer demand. Over the past two years, that capital has been readily available, and REITs are taking full advantage to increase issuance of unsecured senior notes to refinance properties as well as fund operations and expansion strategies. 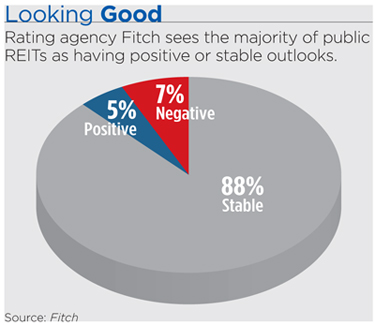 In May, Kimco completed an offering of senior notes that it raised $350 million, which it used to refinance existing notes that were maturing this year. “We went to the market at what turned out to be a very, very opportune time,” says Cohen. The maturing notes were issued at rates ranging between 6.125 percent and 4.700 percent, well above the 3.125 percent the REIT was able to obtain in May, when the 10-year Treasury was at 1.96 percent. In fact, that rate was the lowest 10-year coupon that Kimco has issued in the history of the firm.

Although Kimco uses a variety of debt and equity sources to fund its capital stack, Cohen admits that the REIT’s management prefers the unsecured debt market over the mortgage market. One of the big incentives to use the unsecured debt market is that capital can be accessed quickly. From start to finish, Kimco’s $350 million offering took just 48 hours to complete. In contrast, putting together the same financing in the secured debt market would require obtaining mortgages on multiple properties, a process that would probably have taken at least 90 days.

It typically takes about a week from the time a company decides to issue in the bond market to creating the necessary offering documents, announcing the issuance and closing the transaction. “That is pretty quick access to capital, which is attractive to companies,” says Steven Marks, managing director and head of the U.S. REITs Group at Fitch Ratings in New York.  Mortgages for a single property, or a portfolio of properties, could take weeks or even months to secure in some cases.

Volume on the Rise

REITs are exhibiting a larger appetite for unsecured debt. The amount of capital REITs have raised through the unsecured debt market jumped in 2012 and continues to climb in 2013. U.S. equity REITs raised $25.7 billion in 2012—up 87 percent compared to 2011. That demand has carried over to 2013, with $17.6 billion in capital raised in secured debt issuance as of August 31, according to data from SNL Financial and NAREIT.

“The biggest reason that you see an increase in the use of unsecured debt is the same reason that you see an increase in equity issuance, which is that REITs are tapping the capital markets so that they have money available to buy properties,” says Brad Case, senior vice president of research and industry information at NAREIT. “What REITs are trying to do is reduce their overall cost of debt capital and at the same time maintain flexibility in the way they can use the capital that they raise, and that’s what unsecured debt gets them,” he adds.

One notable difference between REITs and other public companies is that they access the corporate bond market because they want to—not because they have to, adds Marks. The underlying assets that REITs own are quite financeable in the secured debt markets with mortgages from banks, insurance companies and CMBS lenders. So REITs choose to issue unsecured bonds for a variety of reasons.

A key factor fueling demand is favorable rates. Due to low interest rates and demand from bond buyers, the cost of unsecured debt financing is very attractive right now. “In some cases the all-in rates for unsecured bond issuance are lower than mortgage financing,” says Marks. Although the price differential between corporate bonds and a long-term mortgage varies depending on the asset and the credit rating of a REIT, in general a BBB-rated REIT could issue a bond at a 4.0 percent to 4.5 percent rate. At current interest rates, that is on par with or perhaps slightly better than a 10-year mortgage rate.

Yet the unsecured debt market is not without its challenges. Pricing shifts along with interest rates and demand from corporate bond buyers, and the market does ebb at times—including at the peak of the financial crisis during 2008 and 2009, when unsecured bond pricing for REITs was extremely unattractive. In addition, the unsecured market is more susceptible to external events such as turmoil in the Middle East, whereas the mortgage market moves more slowly. 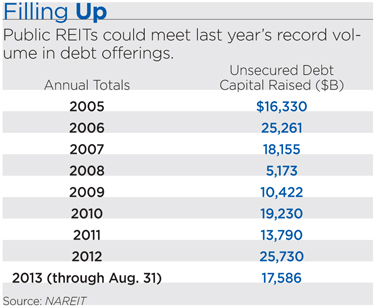 First Potomac Realty Trust has not raised capital by issuing unsecured bonds, but it would like to. The REIT, which is currently not rated by the agencies, is positioning itself to obtain an investment grade rating.

As part of that goal, the company announced its strategic capital plan in January that included raising significant equity to pay down debt and improve the balance sheet. For example, the REIT sold its industrial portfolio earlier this spring for $259 million, and completed a public offering of common shares in May that raised $105 million in equity.

Public companies have access to public equity and private equity through joint venture partners, as well as access to secured debt in the mortgage market. “But, there are times when the unsecured debt market is open and the secured market isn’t,” notes Andy Blocher, executive vice president and CFO at Bethesda, Md.–based First Potomac. REITs such as First Potomac want that access and the greater flexibility that comes with being able to tap a full range of capital sources. “As our business grows, through good times and in bad, we want to have access to capital in order to fund what it is that we need to do,” he adds.

Maintaining an investment grade credit rating means adhering to stricter covenants and tighter controls on leverage, but that is a trade-off that many REITs are willing to make in exchange for greater access to capital. For example, Kimco pays close attention to key metrics such as its net debt to earnings before interest, tax depreciation and amortization, debt service coverage ratios and fixed charge coverage ratios. REITs also have to adhere to covenants such as a total debt to total asset test, a secured debt to total asset test, a fixed charge coverage test and an unencumbered asset test.

“You need to be very cognizant of those and make sure that you stay in compliance,” says Cohen. Kimco has an investment grade credit with a BBB+ rating for its senior unsecured debt by S&P and Fitch Ratings and a Baa1 rating from Moody’s.

“Having many alternatives of raising capital, especially in the real estate sector, is crucial,” Cohen adds. Companies that only use secured debt can get into trouble if property cash flows decline. “We look to be opportunistic where we can and use the different capital sources that are available to us.”

In fact, REITs are not only able to tap the U.S. bond market but also international markets. In July, Kimco issued $200 million in seven-year unsecured bonds in the Canadian bond market to fund some of its assets in that country. “It is a pretty vibrant market today. There is a lot of liquidity and a lot of demand for yield. So it is a good time to be a borrower,” adds Cohen.