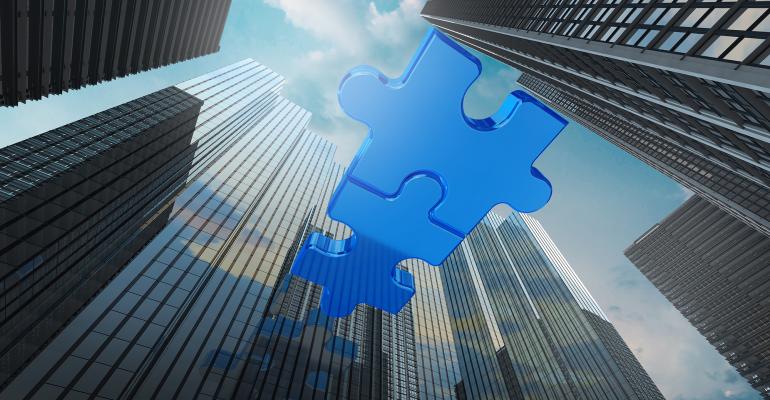 More Office, Industrial Deals Are Closing on Time, Signaling Pandemic Disruption Might Be Over

A SIOR sentiment report for the third quarter found 82 percent of sales and leases were on schedule for a closing.

At the height of the COVID-19 pandemic last year, uncertainty gripped to commercial real estate market, causing some transactions to be cancelled and others to be delayed. But as the pandemic has subsided in the U.S., brokers say new office and industrial deals, including both investment sales and leases, are going through as planned and closing on time.

The number of transactions moving forward is key to determining how the office and industrial sectors are performing, stated SIOR CEO Robert Thornburgh in a press release. He noted that SIOR’s findings indicate there is no end in sight for industrial momentum, and the office market has continued to recover despite a surge in the Delta variant.

Overall investment sales and leasing activity improved for all major commercial real estate sectors in the third quarter, with total transaction volume surging to nearly $177 billion, up 151.4 percent over the previous quarter and more than 30 percent above the third-quarter, pre-pandemic average recorded since 2015, according to real estate data firm Real Capital Analytics (RCA). The figure also marked the highest quarterly sales volume total since 2005.

Related: Securing Financing for an Office Deal Is Still Tough. But It’s Getting Easier.

Industrial sales volumes have shown the strongest improvement this year after multifamily, according to RCA statistics. Industrial transactions, in fact, continue to break records, reports commercial real estate services firm CBRE. Net absorption in the third quarter reached at an all-time high of 120.3 million sq. ft., bringing the year-to-date total to 291.9 million sq. ft.—up 135 percent over the same period last year. As a result, the national vacancy rate dropped to a record low of 3.6 percent, while the overall asking rent increased by 3.1 percent to $8.92 per sq. ft.

In the office sector, the improvements have been more muted. Office sales increased by just 10.6 percent year-over-year in the third quarter, with the improvement more noticeable for sales of office assets in major central business districts (CBDs), according to RCA. But office occupancy reached 36.2 percent during the period, its highest level since the pandemic began, according to Kastle Systems data.

Al Pontius, Pontius, senior vice president and national director of Marcus & Millichap's office, industrial and healthcare divisions, notes that the office sales process now moves faster than a year ago, when few people were traveling due to the pandemic, making it difficult for buyers to view office properties and for lenders to perform due diligence.

Even last year, however, industrial sales were an entirely different story, as there was an urgent need for space due to surging e-commerce requirements. Investment sales processing did pause in the second and third quarters of 2020, but quickly picked up again, Pontius notes. Industry professionals could more easily gain access to industrial properties than office buildings during the height of the pandemic due to industrial’s less restrictive, lower-occupancy environment.

Office leasing has been slow to restart due to uncertainty about when workers would return to the office in greater numbers and how much space will be needed to accommodate them. This has been especially true for large national and international companies, which continue to evaluate their location and footprint strategies, Pontius notes.

But there has been a recent uptick in office leasing activity, which in the third quarter rose by 19.4 percent compared to the same period in 2020 to 49 million sq. ft., reports CBRE. Negative office net absorption, which totaled 5.2 million sq. ft., was at the lowest level since the start of the pandemic, with a number of gateway markets coming back into positive territory.

Brokers from Transwestern, Cushman & Wakefield, Marcus & Millichap and CBRE all agree that with the pandemic disruptions receding and the overall economic outlook improving, the traditional fourth-quarter race to close transactions by year-end is on. However, due to the flood of deals moving through the system, there is now a capacity challenge to meeting that deadline, as there is a tremendous backup in services required to complete due diligence and documentation, says Chris Ludeman, CBRE global president of capital markets.

He notes that pre-pandemic holdover deals have pretty much been worked out or dealt with, particularly in terms of industrial transactions, where demand for acquisitions has been strong.  But some office deals stalled or canceled during the pandemic also are coming to fruition.

Minneapolis-based Harrison Wagenseil, managing director of capital markets—investment sales at Transwestern, for example, had two office deals in Minneapolis that were on hold or canceled earlier this year. One deal involved the restart of an adaptive-reuse project the buyer had paused to convert an older office building to apartments. The other one involved a government-anchored, multi-tenant building that was 95 percent occupied. The original buyer had backed out of the deal during the pandemic, but the property attracted a new buyer after proving it value by retaining its existing tenants and more recently adding new ones.

“The market is normalizing in the sense that ‘pandemic-stalled spillover’ is no longer a major component of transaction volumes,” Pontius notes. “The market is very liquid; the only limitation is product supply.”

“The environment continues to be one where equity and debt are overmatched to available product, especially for industrial. Our expectation is that this will be an extraordinarily busy quarter for closings.”

Pontius adds that investors capable of paying all cash are the most likely to close on schedule or by year-end.

In fact, industrial and office deals will likely move at a frenzied pace for the next two months to meet a fourth quarter closing deadline, as “there is a lot of capital chasing commercial real estate,” says Jason Tolliver, Americas logistics and industrial investor lead at Cushman & Wakefield.

Noting that cap rates on industrial sales have compressed by 100-150 basis points over the past year, Wagenseil notes that pricing for industrial assets is now so out of control that in some cases it’s less expensive to build new buildings on spec because demand for space is so strong there is little risk involved. For example, a well-known international developer is under construction on 1.4 million sq. ft. of new industrial product in Minneapolis alone, of which1.2 million sq. ft is already pre-leased.

Because so many tenants need new distribution space, developers continue to build industrial buildings at break-neck speeds, with 79.3 million sq. ft. delivered and another 448.9 million sq. ft. under construction in the third quarter, according to CBRE’s industrial report, which noted that demand outpaced supply by 41 million sq. ft. during the quarter.

“Many developers are land-banking and accumulating large land positions knowing that industrial land for development is increasingly scarce, and if users don’t need it right now, they will in the very near future,” Wagenseil says.