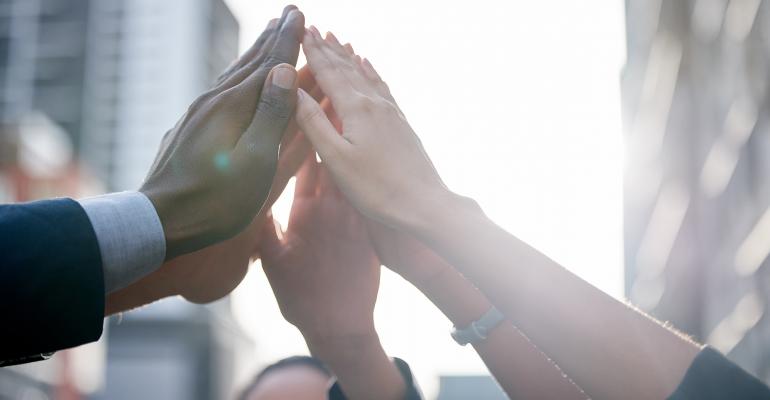 Winners Are Starting to Emerge in the SPAC Real Estate Universe

SPAC teams are putting capital to work, but new IPOs could slow amid regulatory uncertainty and a saturated market.

The buzz—and surge in capital—surrounding proptech and real estate-oriented SPACs over the past two years has been fueled by some real estate heavy hitters who have stepped into the space, including Tishman & Speyer, Sam Zell, Simon Property Group and CBRE. Some of that capital raised is finding a home with acquisition targets, but many are wondering if SPAC opportunities are living up to the hype.

Special purpose acquisition companies (SPACs) posted another record year of IPO activity in 2021. According to SPACInsider, a news and data resource for the SPAC industry, there were 613 SPAC IPOs in 2021 that raised a total of $162.4 billion—nearly double the $83.4 billion raised in 2020.

Although there is speculation that the proliferation of SPACs has led to oversaturation, real estate and proptech-focused companies remain a relatively small sliver of the broader market. “In our view, we are only in the first inning of real estate players in the SPAC space actually focusing on real estate-related businesses,” says Gregory Freedman, co-CEO of Crixus BH3 Acquisition Company (BHACU), a newly formed SPAC that raised $230 million in October. The company aims to find a business with real estate, construction or infrastructure-related activities that it can take public through its SPAC.

SPACs are basically a shell company created with the sole purpose of using proceeds from an IPO for a yet to-be-determined merger or acquisition. IPOs generate proceeds from the sale of $10 units that split into common shares and warrants about a month after the IPO. Investor proceeds are held in a trust a account while SPAC team managers search for acquisition targets. They have two years in which to complete a deal or return capital to investors.

There are roughly two dozen proptech-related SPACs in different life cycle stages ranging from filing pre-IPO paperwork to completing a target acquisition. In all, 15 have announced or finalized acquisitions of proptech companies, including deals for Opendoor, Matterport and Porch.com among others. Another nine SPACs have completed or filed for IPOs that have identified real estate or proptech as a possible target sector for acquisitions, according to SPACInsider.

The caveat is that those targets are a little bit “squishy,” and all SPACs have the ability to shift acquisitions depending on market opportunities, notes Kristi Marvin, founder of SPACInsider. Some SPACs that have a general technology mandate may end up acquiring a proptech company, while others that are searching for proptech may pivot to acquire a high-growth company in another sector. For example, CBRE’s SPAC, CBRE Acquisition Holdings Inc. announced its acquisition of Altus Power Inc. (NYSE:AMPS) last July. The power company has a quasi-real estate focus as it builds, owns and operates clean energy systems and electrical vehicle charging stations on-site at commercial buildings and municipal properties.

Although it is still early days in determining how some of these SPAC IPOs will pan out, there are some definite winners. Gores Holdings VI is a SPAC that acquired spatial data company Matterport Inc. (NYSE:MTTR) that is now trading at roughly $15 per share—50 percent higher than its initial $10 per unit price. Opendoor (NYSE:OPEN) and Porch.com (NASDAQ:PRCH) are two others that went public via SPAC acquisitions, and both are performing well at around $12 and $13 per share respectively.

The SPAC associated with Tishman Speyer that ended up acquiring  smart lock company Latch (NASDAQ:LTCH) is currently trading below $6, while Zell’s SPAC, Equity Distribution Acquisition Corp., is still looking for a deal.

Some of the success stories in the proptech area are sparking interest among SPAC investors. However, there are some definite headwinds ahead. “The thing with SPACs in general is that they tend to combine with growth oriented companies, which is certainly the case with some of these proptech deals,” says Marvin. Right now, the stock market is favoring more value-oriented companies, while growth-oriented technology companies broadly have taken a bit of a hit recently, she adds.

When look at the trading price of a completed SPAC, it also is important to understand some of the unique dynamics that influence pricing and overall return for original SPAC investors. If a SPAC has recently completed its transaction there is usual a “washing out period” with SPAC investors that are selling out that cause the SPAC to trade down for the first quarter, notes Marvin.

For example, WeWork (NYSE:WE) went public last year through a SPAC acquisition with BowX Acquisition Corp. The company is trading just below $10, but it is still relatively new as the combination was completed in third quarter. There are a lot of high hopes for that deal, but it also has the added challenge of COVID variants and much of the office market that is still working remotely, notes Marvin.

Stock price alone also doesn’t tell the whole story for SPAC investors. Even if a stock trades slightly below $10 per share, it may still be a win for investors. IPO investors are incentivized with common shares and warrants. The warrants can generate additional value that boost an investor’s overall return. It’s possible that even if a SPAC is trading low, investors may have gotten a decent return on it, notes Eric Pestrue, portfolio manager for SPAC strategies at RiverNorth Capital Management, an investment management firm with roughly $4.4 billion in AUM that has been investing in SPACs since 2016.

Some investors can choose to redeem their shares for $10, getting their money back, and then still hold the warrant. The fact that investor capital is held in a trust account and is returned to investors if a SPAC doesn’t find an acquisition within the two-year time frame provides an added backstop for investors. There are different ways to invest in SPACs, but some strategies are not as risky as people may think, says Pestrue. “With a SPAC, you really benefit from the management team closing a good acquisition. But it’s not necessarily that you’re taking a lot of risk with them,” he says.

Views on outlook are mixed

SPAC teams such as Crixus BH3 see plenty of runway ahead for real estate-related SPACs. Real estate is the most under-represented asset class in SPACS, and there is likely to be more SPAC activity in the coming year from experienced sponsors that are focused on operating businesses within the real estate industry, notes Freedman. Currently, there are about six SPACS that have completed pre-IPO filings that have indicated a focus on real estate or proptech, including experienced firms such as Fifth Wall, Apollo and Jaguar/Hennessy.

Yet those groups focused specifically on proptech could face more challenges. There are many proptech deals that have been announced or closed, and the market will want to see how these get absorbed and whether actual performance matches up with the sizzle, notes Freedman. In addition, despite the explosion of proptech companies, it isn’t necessarily easy for SPAC teams to find viable acquisitions and put capital raised to work. “We believe that there is room for plenty of winners in the proptech space, but that the space is very crowded, and there will likely be more losers than winners,” says Freedman.

2022 could be a more challenging year for the broader SPAC IPO market. In addition to  market headwinds facing growth-oriented tech companies, there also is an overhang of potentially new regulatory oversight for SPACs. “Investors do not like uncertainty. So, until that comes to a head, new IPOs will probably be challenging,” says Marvin.

Those SPACs that have already completed their IPOs also are looking for deals in a crowded market. According to SPAC Insider there are 575 SPACs in the market searching for acquisition targets. “For most of the teams that I’ve talked to, they seem to think there is a ton of opportunity out there,” says Marvin. Capital is looking for deals in the U.S. and internationally. The hard part is that it is a process—finding a company that wants to go public and then negotiating a combination. There is a wide range of quality and depth of experience among SPAC teams, she says. “It is going to be challenging for those that don’t have the depth of experience or name recognition in terms of their dealmaking prowess,” she adds.