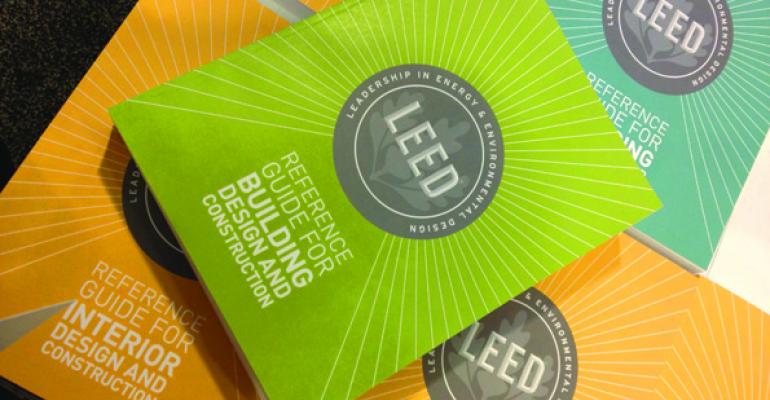 Sustainability: The New Norm in Real Estate Development and Investing

Time was when the idea of sustainability in real estate development and investing was a pretty soft notion. Sure, everyone liked the “idea” of reducing carbon emissions, protecting the environment and exploring alternative energy sources, but few were willing to spend money on it. Today, things are vastly different, and it’s the bottom line that’s talking.

A number of factors have driven real estate sustainability into the mainstream, but the greatest influence, whether in the initial design phase or via retrofit, are tenant expectations.

For a commercial building to be able to proclaim sustainability and eco-friendliness is one of its best marketing tools. LEED certification has become a de facto standard for many U.S. cities and class-A buildings. The U.S. Green Building Council-issued LEED certification is awarded to new and renovated office buildings, interiors and operations based on how they’ve adopted best practices in energy, lighting, air quality, water usage and more.

Government offices for the most part must have LEED certification or other demonstrations of green compliance, according to the U.S. General Services Administration. In other commercial spaces, many tenants simply won’t lease class-A space that’s not LEED-certified.

Also, sustainability is often a critical element in an organization’s corporate culture. That includes not only its customer-facing stance, but its relationship with eco-conscious employees as well.

Offsetting costs, many tenants are willing to pay extra for green features, according to a 2014 report by the Levin College of Urban Affairs and real estate services firm CBRE, “Demand for Green Buildings: Office Tenants’ Willingness to Pay for Green Features.”

In a previous column for National Real Estate Investor I detailed the abundance of debt that is maturing from now through 2017 and beyond, and the refinancing landscape today. Sustainability can be a plus during the refinancing process. According to testimony at the Urban Land Institute’s 2015 Fall Meeting in San Francisco, financial institutions view efficiency improvements as having a demonstrable impact on future profitability. As a result, they are more willing to underwrite buildings that offer these kinds of retrofits.

Between 2010 and 2014, 176 properties were tracked by the San Francisco Department of the Environment, identifying $61 million worth of energy efficiency investment opportunities. The resulting study—“San Francisco Existing Commercial Buildings Performance Report,” published in 2015—projected that these opportunities would realize $170 million in net present value when completed.

Another important driver of sustainability is resiliency, the ability of building infrastructures to be self-sufficient enough to withstand storms and other violent natural occurrences. While climate change is a topic of much political debate these days, buildings and tenants have decided to plan for the unexpected, rather than argue over it.

Can buildings actually realize zero costs from sustainable strategies? They already have. The Kaohsiung National Stadium in Taiwan, built in 2009, became the first stadium to use 100 percent solar power and sell its excess energy to businesses and utilities. While the economic case for other types of net zero energy buildings has yet to be made effectively, the trend is in this direction.

On the downside, upfront costs associated with sustainability do remain higher than traditional building costs, temping owners to engineer out some sustainable features. Further, the solar Investment Tax Credit is set to expire at the end of 2016, with the residential credit eliminated entirely and the commercial credit reduced by two-thirds, if the ITC is not extended.

But I’m confident that this won’t stop the trend toward real estate sustainability. Having a demonstrably sustainable building is a marketing, cultural, staffing and investor advantage. And it can make for a nicer world to live in, which is a pretty good thing too.

R. Byron Carlock Jr. is a principal and the national real estate practice leader at PricewaterhouseCoopers. He can be reached at [email protected].