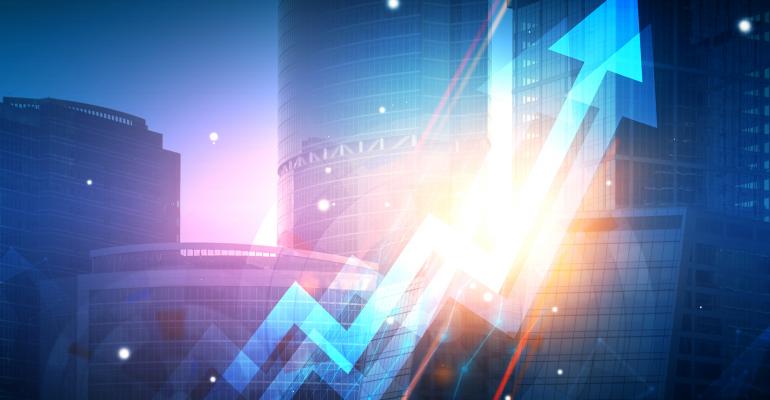 A Strong Year for REITs Continued in August

The strong state of the market is fueling continued mergers and acquisitions activity as well as allowing REITs to raise capital by issuing shares.

Fueled by continued strong performance among regional mall, self-storage and data center REITs, the FTSE Nareit All Equity REITs Index rose 2.08 percent in August, continuing what has been a strong bounce back year for the industry.

In early September, the Index was up 30 percent year-to-date, although declines in recent days have pushed the figure back down below that threshold. As of Friday, Sept. 10, the index was up 26.63 percent for the year.

The strong state of the market is fueling continued mergers activity as well as allowing REITs to raise capital by issuing shares.

WMRE sat down with Nareit Executive Vice President and Economist John Worth to discuss July’s returns and to touch on the new research.

WMRE: What are some of the highlights from the most recent month?

John Worth: As we enter into the Fall and back-to-school it’s an opportunity to look at the aggregate returns, which have been astounding and well above the broader stock exchange. It shows the resilience of REITs getting through the hardest part of the crisis in terms or closures and limited rent payments. And even if we are on a bumpier road of recovery that many of us hoped or expected, we are still on strong footing and the aggregate performance is nothing short of phenomenal.

WMRE: Does anything jump out at you among the individual property sectors?

John Worth: Self-storage is up over 50 percent for the year—incredible returns. Residential combined is up 42.5 percent, highlighted by apartments up 44.7 percent. That really does stand in stark contrast to the concerns in early to mid 2020, when so many were asking if downtown living was still going to be appealing. Were we going to see broad swaths of empty apartments? Instead we have seen a rapid return of occupancy and rent growth in multifamily.

In August specifically, we saw continued strong performance in self storage, up over 5 percent. Data centers were up 4.6 percent. And then we saw retail up 3.2 percent with malls up over 6 percent. With all of that we are still seeing momentum to the “reopening story.”

WMRE: Were there any weak spots?

John Worth: We saw office sell off in August, down 2 percent. And healthcare was down 2.7 percent, suggesting a little bit of a change in sentiment in the speed of reopening in offices and mapping to some of the discussions we have seen in delays in returning by companies that we have seen across the country.

Interestingly, however, lodging/resorts were up—running in the opposite direct as office. There’s not a crystal clear story there. We are seeing leisure travel continue. But if we see widespread effect in delays to returns to offices, that has a knock-on effect in business travel.

WMRE: It also seems like there have been some changes in plans on conferences and events that were supposed to be in-person that are now going virtual or being pushed into early 2022.

John Worth: We’ve been seeing the same news reports. It’s difficult for organizations to make a call a few months out. It will be a continued area of uncertainty and something of an area of weakness for hotels/lodging as organizations find it difficult to pull the trigger on large in-person events. Early in the year we thought we would be seeing those events happening on force. But with Delta, it’s now a slower recovery than we he had hoped. Yet even against that backdrop, lodging/resorts REITs were up for the month and for the year.

WMRE: Another theme we keep coming back to is the continued activity in M&A, with yet more deals announced since we talked last month.

John Worth: We saw the privatization deal with Columbia, which was at a 27 percent premium to their stock price as of March. However, the preponderance of deals has been public REIT to public REIT. So, I’d say it’s definitely an active M&A market going on there. REITs are seeing interest from other members of the listed REIT sector and private entities. And I wouldn’t be surprised to see more deals before the year is out.

From our perspective, I still see this as a strong signal. The option to go private and to do so at a significant premium is part and parcel of being a REIT and that’s something that can deliver significant shareholder value. But the majority of deals have been public REITs doing mergers within their property sector specialization to get bigger, to lower the cost of capital and to try and deliver earnings for investors. I still view the overall tenor of the M&A as very positive on the listed market and they’ve not been focused not on distress, but rather on combinations and changes to structures that can deliver shareholder value.

WMRE: We’re coming close to the fourth quarter of the year now. What should investors be looking at for the balance of 2021?

John Worth: As we wrapped up REIT earnings for the second quarter, we saw FFOs were positive vs. where they were pre-COVID. In fact, REIT FFO is slightly higher than where it was in Q4 2019. That’s a watershed in terms of operations. That differs across property sectors, of course. But our estimation is that there are still opportunities to grow earnings, especially in sectors that are still in recovery mode.

We’re also seeing REITs continued to raise capital. That’s fueled a significant number of property acquisitions. And we are still seeing that capital markets are wide open for debt and equity transactions. Through August, we have had the same value of common shares raised in 2021--$17.9 billion—as in all of 2020.

Overall, because REITs came into the pandemic with low leverage and access to capital, REITs weren’t forced into issuing equity at distressed prices. The capital raising in 2020 was predominantly on the debt side. This year, with equity prices more improved, we have seen the return in equity issuance and those are turning into transactions.