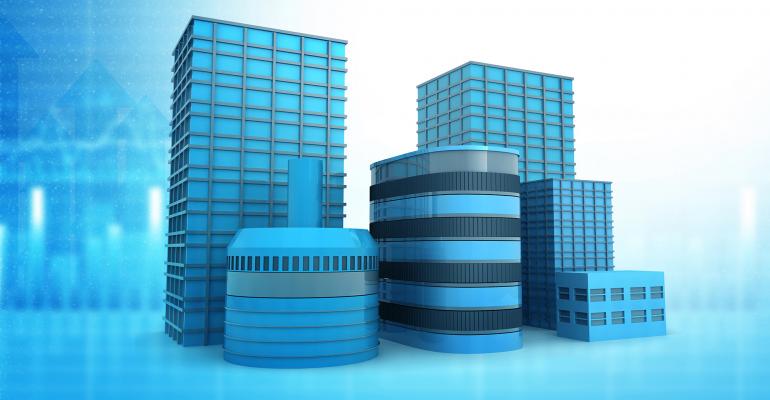 The FTSE Nareit All Equity REITs Index was up 21.35 percent through the end of June—outperforming major indices including the S&P 500, the Russell 2000, the Nasdaq Composite and the Dow Jones Industrial Average.

While performance has varied by subsector, every property type is up for the year, fueled by the overall economic recovery that has taken place alongside the drop of social distancing measures and other anti-COVID safety measures as the number of vaccinated Americans has reached higher levels. While there are some regional surges as the more contagious Delta variant continues to spread, that so far that has not translated into any slowdown for REITs.

Related: REIT M&A Activity Has Kicked Back into High Gear

WMRE sat down with Nareit Executive Vice President and Economist John Worth to discuss June’s returns and REIT performance through the first six months of 2021.

WMRE: What are the major takeaways from the first half of the year?

John Worth: There’s been recovery in some of the most distressed sectors. Retail REITs are up 32.8 percent. That’s punctuated by regional mall REITs up 54.8 percent for the year. So it’s been a very strong recovery in retail.

Residential has also had very strong performance, up 27.6 percent led by apartments, up 30.2 percent. Meanwhile, lodging REITs are up 17.3 percent. There has been a reopening play with hotels and they are performing well.

And overall the best performing sector has been self-storage REITs, which have been up 36.38 percent for the half year. And that was very consistent. In second quarter they also had the highest performance—up 26.3 percent with an extremely strong June, up almost 8 percent. That has been the runaway leader for the sector performance for the year.

WMRE: We have not talked much about self-storage REITs in previous months. What has been driving that performance?

John Worth: Part of it is reopening, as you see people becoming more mobile and moving and changing houses or moving to apartments. Those type of life transitions drive use of self storage. So, a lot of it is performance reflecting demand as people get back to the life transitions they normally do. There was some pent-up demand for self-storage units. A common use for self-storage is to store some of your household items while your house is for sale or you are between homes or between apartments. As the economy is reopening, you are seeing some of those transitions.

WMRE: In terms of June specifically, does anything jump out in the numbers? Or was it simply a crystallization of some of the same broader trends we’ve seen throughout the first half of the year?

Data centers had a relatively weak first quarter, but they followed that with a stronger second quarter. As the reopening trade played out in the early part of the year, investors moved from cell towers, data centers, infrastructure and logistics back toward retail, hotels and residential. Now we are reaching more of an equilibrium. Some of the longer-term drivers supporting data centers, cell towers and logistics are starting to reemerge.

Blackstone also bought QTS during the month. In terms of capital markets activity, it was one of the few take-privates we’ve seen this year, even though some of those properties will end up in a public non-listed REIT. But it’s still consistent with the trend of private capital looking to get access to data centers.

WMRE: Residential also had a strong month and a strong year so far. Any takeaways on that sector?

John Worth: The concerns some analysts were putting out in the middle of last year about the possibility of the long-lasting impacts of COVID depressing demand for apartments and CBD living have been put to rest with very few question marks left. Multifamily demand is very strong and that is getting reflected in the REIT returns.

WMRE: On the macroeconomic side, there has been talk of interest rate risk and inflation risk. What does that mean for REITs?

John Worth: Neither of those are dampening enthusiasm for REITs. And that’s consistent with our analysis with how REITs have performed during periods of rising rates. Looking over the last several decades, REITs performed positively in those periods and beat the broader stock market in about half of those periods. In addition, in inflationary periods, REITs tend to perform quite well in modest and high inflation.

WMRE: The first six months of the year ended up being quite busy on the mergers and acquisition front. What do those deals tell us?

John Worth: The vast majority of that activity—by count and by market cap—has been mergers of two REITs. Kimco/Weingarten, Reality Income/VEREIT, Equity/Monmouth, Ventas/New Senior. These were all growth-oriented mergers about getting bigger and creating economies of scale and growing the business inside of those respective sectors. They all represent mergers driven by optimism for their sectors and desire to put them in a position to grow.

So far from the concerns of a year ago of, “Are we going to see a bunch of distressed take privates?” We’ve actually seen mergers that suggest quite the opposite: That REITs are looking to grow and looking to position themselves for future growth.

WMRE: REITs have also been busy on the capital raising front. Can you talk about that?

John Worth: Through June 30, REITs raised almost $16 billion in common equity and almost $18.5 billion of common and preferred equity combined. That compares with $18 billion for the full year of 2020. We’ve seen a pivot in terms of capital raising from debt-based faced to equity-based financing in 2021. And obviously that is reflected in the improvement in valuations.

WMRE: Is there a common theme as to what REITs are looking to do with that equity?

John Worth: We saw some REITs that issued debt who will now use these proceeds to pay down that debt. We also will see a significant amount of equity raise used for acquisitions of properties over time. Typically, REITs are going to raise capital because they see accretive acquisitions ahead of them.