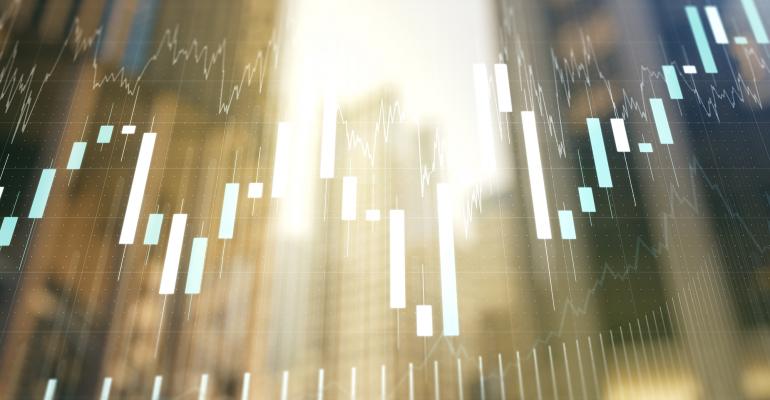 REITs also are poised to ride out the broader economic recovery even as some fears about inflation have arisen.

The slow but steady return to normal across the country, which has brought with it continued easing of social distancing, more workers returning to offices and more Americans traveling, have all fueled a strong run for publicly-traded REITs.

The FTSE Nareit All Equity REIT index posted total returns of 0.82 percent in May, leaving the index up 18.08 percent year-to-date. Residential REITs (including apartments, manufactured homes and single-family rentals), led the way with 3.51 percent total returns. Additionally, office REITs—which have been the slowest to recover from the pandemic—posted gains of 2.40 percent. It’s a sign that despite continued uncertainty around hybrid work and long-term corporate occupier strategies, the outlook for the sector may be stabilizing.

WMRE sat down with Nareit Executive Vice President and Economist John Worth to discuss May’s returns and where REITs sit as the halfway point of 2021 draws closer.

WMRE: What are some of your topline takeaways from May’s results?

John Worth: We just wrapped up REITWeek. We had more than 3,000 virtual attendees. The general tone was extremely optimistic and growth-oriented. Across the sectors what I heard in these company presentations was that almost irrespective of sector, we are seeing things opening up. In retail, there is more foot traffic. In hotels, there are more nights booked. And in office we are hearing more of a tone about “return to work.”

When we look at that in the context of May results, a couple of things stand out to me. One real positive was the residential sector—which includes apartments, manufactured homes and single-family homes. It was the best performing in May, up 3.51 percent. And it was really led by apartments, which were up over 4 percent. That’s very consistent with what we heard at REITWeek and what we see in the data of occupancies at apartments. We are also seeing rents start to recover and not seeing the same level of discounts that were being offered previously.

That puts residential up 24 percent for the year through May with apartments up 27 percent. That puts them as one of the top-performing REIT sectors for the year just behind some of the retail sectors.

Another real positive for the month of May was that the second-best performing sector was office. We have talked a lot in prior months about work-from-home risk weighing things down. Certainly in Gateway cities, there are not as many people back in offices and talk of hybrid arrangements. But these strong returns in May reflect a growing sentiment of a lot of large companies determining and announcing that their cultures will be office-centric.

WMRE: Were there any concerns in the results?

John Worth: Lodging/hotels was the worst-performing sector for May. The sector is still up over 17 percent for year. But some of that great optimism about rapid return to hotels cooled off a bit in May. What we heard during REITWeek was still extremely positive. Leisure travelers are out in force. But they are still waiting for conference and business travelers to come back.

WMRE: Is there much visibility on when the business travel will tick back up again?

John Worth: Purely anecdotally, I’ve heard a lot people are ready to get on the road now. But it takes two to make a meeting. And If I’m going to come to N.Y., you need to be in the office for that to make sense. There is this coordination that will take place in the fall.

The sentiment I am hearing is that people want to reconnect with colleagues, business partners, clients. I think that transitory business travel may come back faster than expected.

On conference side, there are some big events starting to happen. The first big conferences in Las Vegas have started. At Nareit, we have a large conference planned for November and our plan is for that to be in person. People are enthusiastic about that.

One last point is that there will be some amount of change that will be permanent where companies say, “Don’t take that trip for a check-in on an internal project. Do that via Zoom.” So for internal projects there may be less travel as companies try and reduce costs. But all of that will play out over time.

WMRE: The uptick in office REITs seems notable given that up until now it has been the sector that has been down the most since the start of the pandemic. Is that something to be encouraged by?

John Worth: Of the topline sectors, it is still the worst performing all-in. Office REITs have had positive returns over the last several months, but it’s lagged the rest of the REIT performance because of these concerns about work-from-home. So, I do think it’s a positive sign that the sector performed well in May.

There is a somewhat different narrative around remote work today than there was six or nine months ago. Companies were talking about flexibility. Now there is more talk about having an emphasis on an office-centric environment. That’s something positive. So it’s created a little more optimism on office front.

We are going to see companies experiment over the next couple of years. Some are going to require less square footage. Some will maintain. Some will grow. We will just need to see how it plays out as companies realize what works and doesn’t and what that ultimately means for the sector.

WMRE: Nareit recently released a midyear outlook. What are some of the key findings in that?

John Worth: One piece is a macro outlook. And at this point a robust economic recovery is no longer a question of “if” but a question of “when.” And REITs will be well-positioned to take advantage given their strong balance sheets and access to liquidity. They will be poised for growth.

There’s also an analysis highlighting the strong performances in some of the newer sectors of the real estate economy, including data centers, cell towers and logistics. We also looked at FFO between the fourth quarter of 2019 and the first quarter of 2021 to see what sectors are doing well. Infrastructure, industrial, data centers and self-storage are all above the line.

In addition, we also looked at concerns about inflation. Overall, we think most of the recent inflation signals reflect transitory items and significant inflation fears may be premature and likely unfounded. But it will be an area of continued discussion and debate and it will be in the public’s mind and in investors’ minds.

The other piece is that historically REITs have performed well in periods of high or moderate inflation. Looking at REIT returns vs. the broader stock market, REITs perform quite well and provide competitive returns during periods of low inflation but real estate is also historically a good play during inflationary periods.