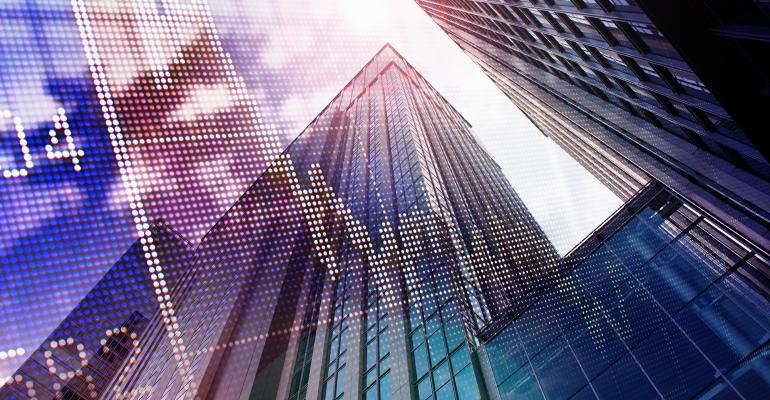 Nearly $130 billion in CMBS debt reaches maturity before the end of 2022.

CMBS maturities looming in 2021 and 2022 could prove to be a tipping point for some assets. Given the distress still rippling through the retail and hotel sectors, some borrowers will have a tough time finding new capital.

“We’re going to see some loans come up for maturity that won’t pay off,” says Melissa Che, a senior director in the U.S. CMBS group at Fitch Ratings. According to Fitch, approximately $7.5 billion of performing loans within the Fitch-rated U.S. CMBS 2.0 conduit and Freddie Mac universe are scheduled to mature through the remainder of 2021.

Data from Trepp that spans the broader CMBS market shows a significantly bigger volume of maturities. As of May, there was an estimated $71.4 billion in maturities for all of 2021 (some of which has already been refinanced) and another $58.5 billion teed up for 2022. Although it sounds daunting, the load of maturities ahead over the next 18 months is not as dire as the wall of maturities that weighed on the market in 2015, 2016 and 2017. At the start of 2015, there was an estimated $300 billion in CMBS loans set to mature by the end of 2017 with new issuance that was still weak in the aftermath of the Great Recession.

“It’s not a hugely undigestible number,” says Manus Clancy, senior managing director and the leader of the Applied Data, Research, and Pricing departments at Trepp. In addition, there is evidence that lenders are not in a rush to resolve problem loans, he says. “Just as we saw extend-and-pretend 12 years ago, we could see it again now where people just take their time and these loans are still out there a year from now,” he adds.

The low interest rate environment will be a positive for those maturing loans that are more neutral performers, adds Che. The 2021 and 2022 maturities were originally financed with coupon rates above 5 percent compared to the 3.5 percent to 4 percent available today. However, there is still noise in some sectors that will make it difficult to access fresh capital, she says. Among loans set to mature in 2021 and 2022, the better performing ones have likely already defeased or refinanced early to take advantage of low interest rates. That suggests that the remaining volume are loans that may be more problematic, which could lead to an uptick in delinquencies, foreclosures and distressed asset sales.

The big question is what happens to the hotel and retail loans that are maturing. As of May, there were $25.8 billion in lodging CMBS loans set to mature in 2021 and $13.4 billion in retail maturities, according to Trepp. In retail, the focus is on class-B and class-C malls in particular due to challenges with tenancy and cash flow only exacerbated by the effects of the pandemic. There continues to be constrained liquidity in the mall sector and very public struggles playing out among some operators is keeping risks front and center for lenders. For example, Washington Prime Group filed for Chapter 11 bankruptcy on June 13th.

Fitch does not expect class-B or class-C malls to be able to refinance in the current market, and a number of those assets have already transferred to special servicers, or will do so closer to their maturities, notes Che. Their ability to refinance will depend on a borrower’s commitment to the asset and willingness to put in additional equity. However, even borrowers that may be cash flow positive and covering debt service, may opt for class-B and class-C mall loans to default at maturity, she adds.

According to Trepp, 43.6 percent of the $1.2 billion in CMBS loans that matured in May were paid off. Three of the largest loans that did not pay off and are still in “purgatory” or in limbo on whether they will be refinanced or fall into delinquency are all mall properties, says Clancy. Those loans include a $256 million loan for Providence Place Mall in Providence, R.I.; a $190 million loan for the White Marsh Mall in Baltimore, Md.; and a $168 million loan for the Newport Centre in Jersey City, N.J.

If a retail asset has cash flow that is modestly positive now, but perhaps has vacancies coming up, neither the special servicer nor the borrower is going to be tremendously keen on throwing good money after bad, says Clancy. However, scenarios where a loan might have DSCR of 1.3x or 1.4x pre-balloon, and the borrower is willing to put in additional capital to pay down the loan and remove some of the risk, a lender may be willing to offer a one- or two-year extension. “That is definitely in play, because paying down principle is a recovery of a sort and if you can do that for a couple of years versus selling it for 10 cents on the dollar after a foreclosure, that makes sense,” he says.

Although there is growing optimism for a recovery in hotels, the outlook for maturing hotel loans is likely to be a mixed bag. The limited service hotels and drive to destination hotels are likely to fair better than those that relied more heavily on business travel and conventions. “The vast majority of hotel loans that were delinquent in 2020 will be able to muddle through,” adds Clancy. When some of these hotel loans reach their maturity, there may be situations where a borrower is able to extend, because special servicers are expecting hotels to bounce back to 2019 levels, he says. In addition, there is a lot of capital targeting the hotel space. So, if a borrower can’t get capital in the CMBS space, they can look at alternatives in the rescue capital and bridge capital, he says.

Overall, there is still strong appetite for CMBS debt from both borrowers and lenders. “Although some deals are going to be much more difficult to get done, good properties and good sponsors are going to have CMBS lenders chasing them,” says Zachary Samton, co-chair of real estate finance at the law firm of Cozen O'Connor. For example, Cozen O’Connor recently represented affiliates of Equus Capital Partners Ltd. in a multi-tiered transaction involving the sale of two industrial portfolios. As part of the transaction, the firm assisted in the origination of two single-asset CMBS loans originated by Goldman Sachs in the aggregate amount of $686 million.

However, CMBS lenders are being more cautious in the deals they are willing to do and the amount of capital they are willing to provide. Since COVID, CMBS lenders also have lowered leverage by five to 10 percentage points. So, instead of providing 70 to 75 percent LTVs, it’s now closer to 60 to 65 percent, notes Samton. That means borrowers have to come out of pocket and putting new equity into a deal in order to refi, and that amount is even higher if the underlying value of an asset has dropped.

When assembling a pool of loans for securitization, lenders are wary of concentration risk to retail and lodging. However, for the most part, the ability to refi depends on the individual property and a borrower’s willingness to put in additional equity. Hotel loans, for example, will depend heavily on the demand drivers and how quickly property cash flows recover. When it comes to retail and also office, the ability to refi will depend on the strength of the tenant roster, rollover rates on leases and recent history on collection rates. If a lender is going to come in and refi the loan, they are going to want to have some sense of the stability and direction of performance, notes Che. “I think the greater the uncertainty or near-term challenges, that’s where you’re going to find loans that have issues,” she says.

Lenders typically look at property income over the past year, and those numbers were tough for many owners during the pandemic.  “To the extent that a borrower can push out a refinancing for another six months or a year, they may be able to get a couple of good financial quarters under their belt, which would go a long way towards a refi,” says Samton. However, the challenge with that is that not all lenders are willing or able to offer those longer extensions, he adds.