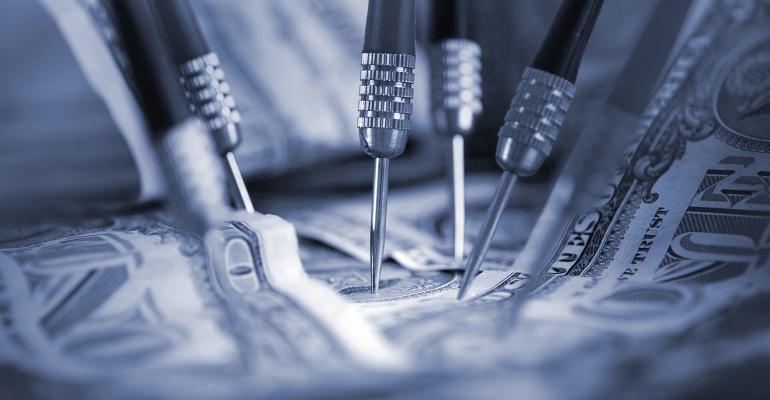 The importance of conservative assumptions.

In two prior articles, I discussed the sensitivity of indexed universal life (IUL) insurance. Now, I’ll turn to the practical aspects of what I covered previously.

“Decision Tree” is a simple visual of a decision-making process that many have found useful and cuts to the chase. Often, I don’t find a problem with the product, but the funding of the transaction is suspect. As with many financial decisions in life, we have choices regarding how to fund transactions. Theoretically we get what we pay for, and it often involves a risk and reward trade-off.

The long-term consequences of decisions regarding retirement planning or life insurance purchases can be significant and maybe even life altering. In these financial transactions, we have funding decisions to make in addition to the particular investment or product being procured. A given life insurance policy might be funded with either a $20,000 or a $25,000 annual premium, just to make up some numbers. All things being equal, $25,000 of funding will be more conservative just as it would be in funding a retirement plan. More money often equates to a greater balance down the road or the ability to better handle worse-than-expected performance 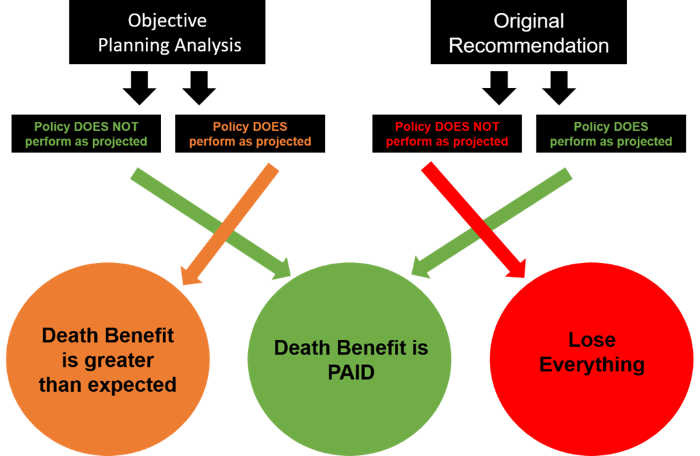 At a lower funding level, the life insurance works if market factors perform as expected, and it fails if they don’t. With higher funding, the life insurance has a better chance of working out if the market doesn’t perform as expected but does better if it does. One transaction is precariously positioned with a thin margin for market performance error (win/lose), while the other more well-funded position may be able to withstand unexpected market performance issues more aptly (win/winnier).

Mind you, most policy owners making these decisions have the money for funding at the higher level, but they’re generally presented with the more competitive and attractive purchase price option. Oftentimes, the owner is never presented with the results of different funding parameters and they are never informed of the potential consequences. In the cases I’m talking about, this isn’t about a higher level of funding to counter the negative effects of a scenario with a very low chance of occurrence. I’m talking about the effects of everyday market behavior in which interest rates and market returns and inflation and borrowing rates and more are constantly in flux, and you’re willing to look past the end of your nose.

There’ve now been decades of experience with this since old-fashioned guaranteed life has largely gone by the wayside. We’ve seen the effects that market changes have on policies, and these things didn’t blindside us. Selling IUL at double-digit crediting rates during an era of hyperinflation was irresponsible, and consumers suffered for it. Assuming sky-high crediting for securities-based variable life policies in the late 90s was irresponsible, and consumers suffered for it. Selling whole life current dividend rates in an era of interest rate free fall with the knowledge that mutual whole life policy rates were going to fall with the lowering bond yields was irresponsible, and consumers suffered for it. These were all conscious efforts on the part of carriers and agents to make things look more attractive than they really were so they’d be easier to sell.

In 40 years, the market hasn’t learned a lesson. The very same thing has been happening in the IUL market, and consumers are suffering for it. These policies are being designed and sold with more aggressive assumptions than policy owners, and even too many agents, understand. 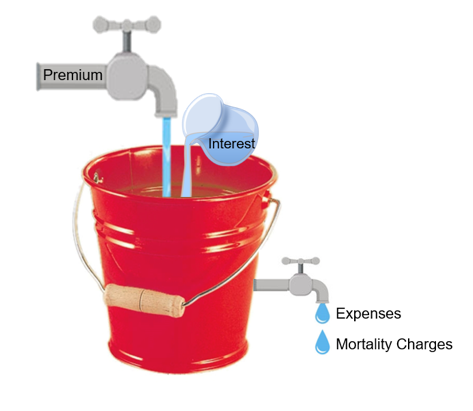 Stick with me while I paint this picture, as it’ll be helpful later. For a life insurance policy to work out over time, water has to be coming in faster than it’s leaking out. What’s important to understand is that, as a policy owner, you don’t have total control over the faucet filling the bucket or the spigot emptying it. You have a good degree of control over the premium aspect but not as much over the crediting. You can control some of the expenses but not all of them. Unfortunately, many policy owners were never told they could open or close the faucet or the spigot. What’s the point of having some control if you have no idea you have it? Often, the carrier and agent have set the inflow and outflow at the point of sale based on variable assumptions that are certain to change over time. Not likely to change; certain. If the carrier and agent walk away, and the policy owner doesn’t know she can step up to the controls, what should we expect to happen? Well, we should expect what’s been happening for years to continue to happen, and I’ll assure you it is.

This control can also be visualized as maintenance. If the drain gasket starts wearing out, the rate of the leak grows to the point where the leakage exceeds the ability of the faucet to fill the bucket. Whether you replace the gasket or patch a hole that’s formed, if you’re keeping your eye on things, you can stop or slow down the leak and then put more water in the bucket. If you don’t, the water might leak out faster than you can fill the bucket. In the worst cases, the entire bottom of the bucket rots or rusts out and there’s nothing you can do. Maintenance has been neglected, and it’s impossible to open the faucet enough to fill a bucket with no bottom.

Again, most policy owners don’t have any idea of the levers that can be pulled either at the point of constructing and issuing a policy or managing it over the years. Management over time is critically important to success, and this aspect of the transaction is often misunderstood and neglected. We know there aren’t many things in life with variable assumptions you set and forget. I’m often referred to policy owners who’ve been on the wrong trajectory for years and had no idea until the consequences were in their faces. The bucket didn’t have a bottom anymore. Had they understood, it would never have deteriorated in the first place, and if someone had been paying attention, we could have repaired it years ago and stopped the leaking.

The Power of Conservative Assumptions

As we discussed in Part 2, with retirement planning, when we go with lower assumptions, there’s more room for error. If it turns out things went swimmingly, and we didn’t need the higher funding required by lower assumptions, your retirement plan has more in it, and you can enjoy a better standard of living. Is that so terrible? “But I could have bought that boat I always wanted.” Maybe, but what’s worse, not having the boat or scraping by on Social Security in your retirement years? If you did buy the boat and things didn’t pan out as expected, you wouldn’t have money to put gas in it anyway. Alternately, if the funding process goes well and the reserves are greater than the product expenses, you could have reduced your funding in later years once you saw you were ahead of the curve and bought the boat with the extra cash flow.

Using lower assumptions for retirement planning is the same as using lower assumptions for life insurance planning. Let’s use the life insurance transaction from Part 1 that was a premium-financed deal. It’s a $20 million death benefit with $1,048,508 premium a year for 15 years sold at the 5.92% maximum allowable crediting. We saw that there’s a point where slight changes in crediting result in monumental differences in outcome. While 5.8% crediting projects may work out well, 5.75% may end in disaster.

Let’s assume that for 27 years, the policy performs at the unrealistic assumptions of the 5.8% sales ledger but at age 90 and 91, the market is down so the crediting is 0%, then goes back up to 5.8% for the duration of the policy. What happens? The policy crashes at age 99. It’s gone and all your premium, cash value and death benefit with it. Why so sensitive? One year of 0% crediting at age 90 is reflected in a decrease of $1,767,000 of cash value and $3.830 million of cash value over two years. In turn, this increases the spread between the cash value and the death benefit, or the amount at risk, by $4.7 million at age 92, which increases expenses by $625,000 in just that year. It commences a death spiral the policy can’t recover from. By age 95, the reduction in earnings and the increase in expenses results in over $2.2 million in reduced crediting that year alone and a reduction of almost $10 million in cash value over just five years, past the point of no return. The policy lapses at age 99 when the projection without the zeros at 90 and 91, the unrealistic level return, projected $31.8 million.

This is a sterile example, but it illustrates the sensitivity of these products. We haven’t even discussed the multitude or reasons the projected crediting rates are unrealistic in the first place. If you were part of an honest discussion about that, you’d likely be asking to see models incorporating more conservative assumptions. Does that make a conservatively built policy more expensive? I’ll say no because the goal is to have a policy that works as intended and is available when needed. The price is greater, but who cares about price? You need to focus on cost, which is very different. Re-roofing your house with all of the cardboard Amazon boxes in your garage would certainly result in a lower price than using asphalt shingles, metal roofing or tiles, but I’ll bet the ultimate cost would be greater.