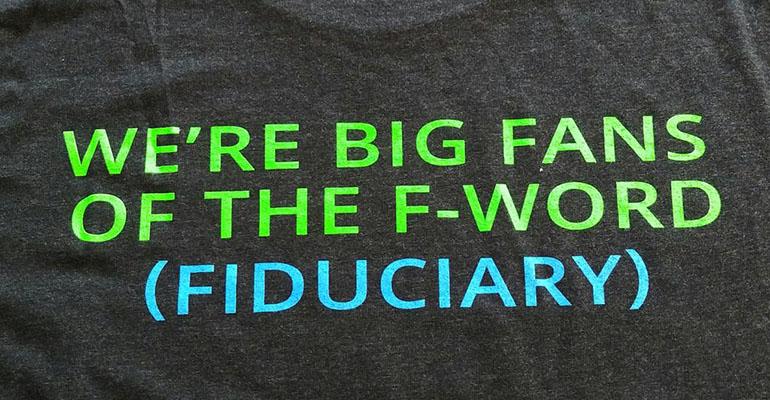 The network of fee-based financial planners is growing in members and assets, and attracting more attention from the industry.

The XY Planning Network’s success was apparent before the opening keynote.

The third annual XYPN Conference attracted more than 500 attendees, 400 of whom were advisors, packed into a conference room at the Fairmont Hotel in Dallas. Impressive for a group that launched just three years ago, promoting a fee-only financial-planning model that many traditional advisors deemed impossible.

Now XYPN has an official partnership with TD Ameritrade Institutional, working with Kate Healy in her new role as Managing Director of Generation Next, to allow its 489 members to open accounts on the TD platform without asset minimums or growth mandates. Cofounders Michael Kitces and Alan Moore also announced the launch of XY Investment Solutions, a turnkey asset-management platform built in a partnership with TD and RobustWealth.

The platform is made specifically to provide investment management for the Gen X and Gen Y clientele XYPN advisors focus on. XYIS includes low-cost passive ETF portfolios, factor-based portfolios from Dimensional Fund Advisors and socially responsible investing models. The models have no minimums, to account for young people just getting started with saving.

Moore and Kitces also shared some information from XYPN’s first-ever benchmarking survey on how members have performed over the first three years. Kitces admitted that “no one makes much money in the first couple of years,” and urged new members to make sure they have enough savings before launching their own firm.

While that may still be small potatoes compared with traditional registered representatives, Kitces argues that expectations are different for its members, who value a comfortable income and better work-life balance. He also pointed out that there is no pressure to continually attract a greater number of assets, and that XYPN’s membership fee is drastically lower than the “monstrous” percent of revenue that broker/dealers keep for themselves.

Despite criticism that fee-only planning isn’t sustainable, Kitces says that failure rate is low among XYPN member firms. Between 1 and 2 percent of members turn over every month, but the majority of those never actually launched a firm or closed in the first three months. Once a member makes it past the first (admittedly difficult) year, Kitces said attrition rate is less than 1 percent, and it’s usually because the firm either merges or gets acquired.

Moore added that the number-one reason a firm fails is it didn’t have enough cash to get started, or advisors don’t manage their own expenses. XYPN is trying to be more proactive in making sure a new member is ready to make the jump and open a firm.

“Even when it goes well, it may take three-plus years to get back to the salary of where you were before, meaning you need a really big runway,” Kitces said.

But as members grow their firms, revenue and AUM, the amount of time they spend with clients decreases. The survey also found that just about everyone raises the fees they charge clients over time.

“We know the value, and it’s significantly more than the price we’re charging,” Moore said. “Everyone raises their fees not because they got better, but because they realized they were undercharging for their service.”

The network’s growth has started to attract older, more experienced advisors, who see that XYPN has an easy, inexpensive way to launch a firm. Moore says many of the members are coming from existing RIAs—either because of a failed succession plan, or a desire to work with their peers instead of already retired seniors citizens.

“They could have established their own firm years ago, but couldn’t do it on their own. So they worked for another [firm] for a few years to get comfortable,” Moore said. “As much as we get branded as the network of young advisors, our members are not 20-somethings. The median age is 37.”

The growth hasn’t been seamless. AdvicePay, a compliant payment-processing tool for fee-based advisors that was a cornerstone announcement of the 2016 XYPN conference, was delayed due to problems with the software engineers.

“Truth is, I got had by a developing group,” Moore said. “They built the front end and they didn’t build the back end.”

He added that it was a learning experience, but the product is now available for XYPN members and is in beta testing with non-XYPN advisors in preparation for a public launch.

Kitces and Moore say their ultimate goal for XYPN is having what they call a “100X impact on the world.” After 10 years, they hope to have 3,000 XYPN member advisors, each serving 100 Gen X and Gen Y clients.

“We get to help 3,000 advisors achieve their dream of entrepreneurship, and 300,000 consumers live their great life through their work with a financial advisor,” Moore said. “This is the legacy we hope to leave.”

“Gen X and Y are about 140 million people,” Kitces added, responding to some criticism from early XYPN members that the network is growing too fast. “We can achieve [300,000 clients], we will collectively serve 0.2 percent of the market. If we get to the point where we worry about competing with each other, we’ve lost our focus.”

Of course, the growth doesn't mean XYPN has lost its laid-back attitude. The majority of the audience was casually dressed, with many in sandals and shorts. The XYPN team, including Moore, rocked T-shirts saying, "We're Big Fans of the F-word (Fiduciary)."

It's still not your father's financial-advisor conference, after all.