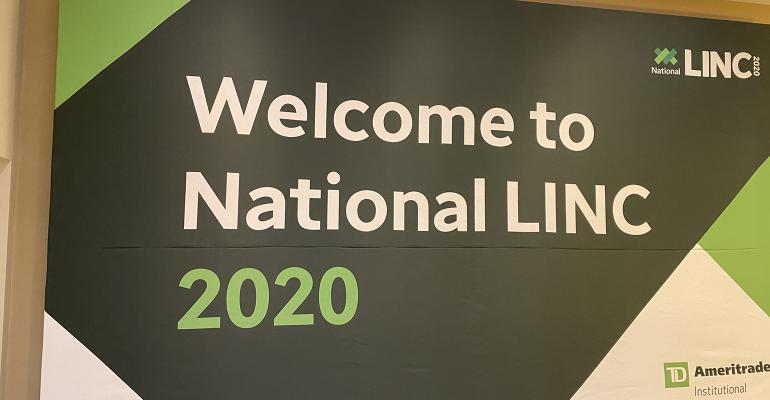 One factor driving the rapid rise of M&A in the advisory industry? It’s increasingly the only way to grow a practice into a sustainable business, argued a trio of RIA executives at the recent TDAI conference.

It’s not news that merger activity among registered investment advisory firms is accelerating. 2019 was the sixth record-breaking year, with 132 deals, a 30% jump over 2018.

And valuations are at an all-time high too, according to David DeVoe, managing partner of DeVoe and Company, with buyers paying anywhere from 5 to 8 times EBITDA, depending on the makeup of the business.

Why? The efficiencies of scale, relatively cheap capital and a darkening horizon for equity markets are driving a lot of the activity. But increasingly, acquiring other advisors is the only way RIAs can grow at all. Assets in the RIA channel are growing at only a marginally higher rate than the equity markets.

“Almost no RIAs are growing,” said Scott Hanson of $9 billion AUM Allworth Financial, during a panel on the RIA market held during the recent TD Ameritrade Institutional National LINC conference for advisors. “The ones that are are the larger firms.”

Hanson and partner Pat McClain started their firm in 1993, and were among the few RIA firms to effectively use marketing to grow organically. In 2013, they published a book on the topic: Investment Advisor Marketing: A Pathway to Growing Your Firm and Building Your Brand.

In 2017, they sold a majority stake in the firm to private equity partners Parthenon Capital Partners and rebranded to Allworth Financial, and began an aggressive acquisition strategy with ambitions to become a nationally recognized firm.

Advisors at the acquired firms become employees of Allworth, getting a dedicated marketing team to bring new clients in the door. “Advisors are not responsible for business development. We have a back office that supports them,” he said.

“Organic growth is negligible, and it’s hard,” said Dave Barton, head of M&A for $18 billion AUM Mercer Advisors. Mercer has bought 31 firms since 2017, adding $9 billion in assets. Many of the acquisitions focus on bringing in offerings beyond asset management—tax preparation, estate planning and trust services.

The reason, Barton said, was clear: Smaller firms don’t have the resources to offer a full suite of wealth management services clients are demanding. Firms that focus on investment management are “absolutely seeing fee pressure,” Hanson said. “You better be doing other things and be ahead of that curve if you want to be truly competitive.”

But it’s expensive to do more things for lower-end clients, said Jason Carver, vice president at Carson Group focusing on mergers and acquisitions. Carson’s growth strategy is based less on acquiring advisory firms themselves than making investments in the ecosystem of services that helps the almost 100 partner firms provide the value-added services and make acquisitions of their own.

"Growth is very difficult for advisors. It requires discipline and willpower that is very hard to sustain," said Pete Dorsey, TDAI's managing director of institutional sales and advisor management. "If you want to grow, you have to stop prospecting and start attracting clients to you. Having an undisciplined prospecting strategy is hard to sustain in the long run."

Dorsey doesn't agree that there is no real organic growth to be had in the industry, but says it's much harder for advisors who don't have the resources to offer the more valuable planning aspects of the business, managing a client's liabilities as well as their investments. One in four of the custodian's recruiting wins in 2019 were advisors tucking into other advisory firms, he said.

Barton said he noticed a growing danger in the feverish acquisition market; “subscale” RIAs in the $300 to $400 million range without a clear strategy trying to leapfrog their way to growth using relatively cheap capital.

“We’re seeing a whole population of inexperienced buyers out there that thinks it looks easy,” he said. “These folks are so desperate to grow, they’ll throw any number against the wall. They can’t compete on the value proposition.”

Borrowing money securitized against the revenue is a ticking time bomb for these firms, he said. “If there is a market pullback ... they can be upside down real quick. That could be consequential.”