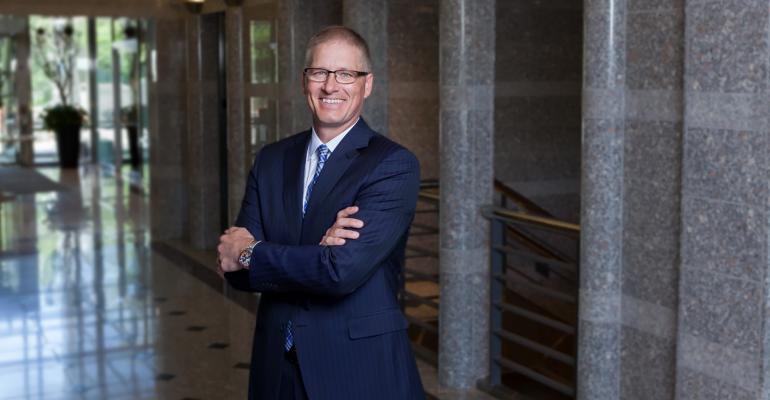 Ex-Wells Fargo broker Perry Mattern said the freedom to access better technology was the draw to leave the brokerage and join the bank's new RIA business, and he was willing to leave $50 million behind at the brokerage to get it.

The second Wells Fargo advisor to start an independent RIA through the bank's new RIA service channel intentionally left behind $50 million in assets at the brokerage.

To most advisors, foregoing $50 million in a transition would be considered a substantial hit to the firm. But Perry Mattern, a longtime broker with Wells Fargo Advisors who started his own registered investment advisor last week, told WealthManagement.com leaving that money behind made sense for both his new business, and, he says, his clients.

“There are certainly relationships and certain size clients that don’t belong in advisory,” Mattern said. Those client accounts were left with a team member who stayed with Wells Fargo Advisors, while Mattern took the remainder of his client's assets, around $500 million, to the new Wells Fargo business for independent RIAs.

“We’ve pretty much been a fiduciary group trapped inside a brokerage,” said Mattern, who started Denver-based Mattern Capital Management. Almost all of his client's assets were already in fee-only, discretionary accounts while he was with Wells Fargo Advisors. Mattern waived the brokerage fees for the few transactions he did for clients. He said he wanted to start his own RIA to get better technology and embrace the fiduciary status for all his clients.

Older clients entering, or amidst the decumulation phase of their financial plan, shouldn't be charged a percentage of their assets when those assets are disproportionate to the advice and attention they need, Mattern said. Ultra-high-net-worth clients are another group that sometimes prefer brokerage relationships, since a fee as a percentage of their assets could be excessively high relative to services they need or use.

For years, Mattern considered leaving Wells Fargo Advisors' Private Client Group, a business with a profit-sharing model for only top producing advisors. In the spring of 2018, he approached management at Wells Fargo intending to help begin working on a solution for advisors like himself. Instead, management shared the idea for the new RIA channel and said he could be one of the first to join.

To Mattern, the positives outweighed the negatives. He had to give up deferred compensation he would have been owed had he retired as a broker. But rather than establishing a new RIA in secret and sneaking out the door with clients, working with Wells Fargo greased the transition process. Wells Fargo's First Clearing was already the custodian to Mattern's assets, so client account numbers stayed the same and there was effectively no repapering beyond the signature required of each client.

Mattern Capital Management is also free to work with other custodians, but Mattern said there are advantages to sticking with one. His group has expertise in First Clearing and better bargaining power when it comes to price, he said. Unless a potential new client is so meaningful they warrant the RIA becoming multi-custodial, it likely won't be.

Joey Sager, who was a managing director at Wells Fargo before joining RIA Venturi Wealth Management in October, said he heard the company was exploring a new RIA channel but decided not to wait and see it actually happened. Even if he knew the channel was coming this year, he said he might have been cautious about being one of the first.

But he and Russell Norwood, the founder of Austin, Texas-based Venturi Wealth Management, which manages approximately $1.1 billion, said they could see Wells Fargo's new channel being a success. Independent broker/dealers have already proven the multichannel model and advisors will see value is having an employer that works with them during the transition.

“It’s a sizable business and, no doubt, he’s taking the path of least resistance and less risk,” Norwood said about Mattern and his new RIA.

The new channel was not a knee-jerk reaction to the business unit's shrinking number of employee brokers, or out of character for its multichannel wealth management strategy, said John Peluso, head of First Clearing, the Wells Fargo & Company subsidiary that will now provide custody services to fee-only RIAs. "If you believe that is a trend and not a fad, why would we not be doing this?" Peluso told WealthManagement.com in January.