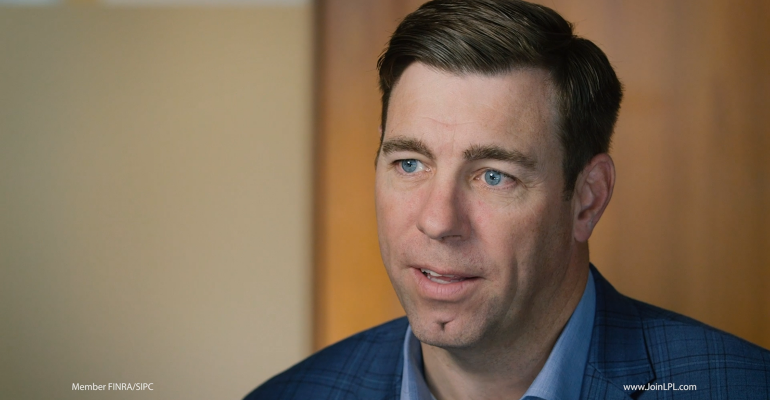 Waddell & Reed doesn’t bring scale to LPL but rather a financial planning-focused group of advisors best poised to take advantage of what the larger firm can offer, says LPL Head of Recruiting Rich Steinmeier.

The deal, expected to be completed in the middle of next year, encompasses 921 independent advisors with $63 billion in assets under administration. The next challenge for LPL will be to retain those advisors; Rich Steinmeier, managing director and divisional president, business development at LPL, says the firm is well equipped to do so with retention packages in the works. One advantage for advisors who decide to affiliate? They can still use the Waddell & Reed name, if they so choose. Among other advantages, advisors won’t have to repaper.

Steinmeier recently discussed more of the details of the transaction and what it might mean for advisors in an interview with WealthManagement.com:

WealthManagement.com: What is the business strategy behind LPL’s acquisition of Waddell & Reed’s wealth management business?

Rich Steinmeier: There are a number of properties out there with the opportunity for us to gain scale, but I think there are very few that have the quality of an advisor set that a Waddell & Reed has: A planning-based enterprise that really has quality advisors that are the size that work really well for our independent mindedness.

(Waddell & Reed) has been growing in their approach and embrace of independence over the last decade. But you'll find that some of these firms will continue to struggle going forward; they're on the smaller side to make the investments that we can make to provide integrated workflows, client-facing technology, and investor technology, advisor technology, advisory platforms. A lot of that shows up in a lack of integration across that tech stack and consistent support for them to grow their best practices.

And so, there was just a lot of overlap that felt really good about the firms, and when the opportunity presented itself, I think we were full-throated in our passion to try to figure out if we could find a way to get that done.

WM.com: What channel within LPL will these advisors affiliate with?

RS: The advisors themselves will affiliate with us however best fits their practice. If that means that they're going to come onto our corporate RIA and run an independent practice, then that may be the case. If they would prefer to move into our independent employee model because they want us to (procure the office space) and they want employee benefits, then that will be their choice and available to them as well.

WM.com: Will you keep the Waddell & Reed name?

RS: As part of the deal, we also bought the rights to the Waddell & Reed name, and advisors will have the ability to continue to use the name. Many of them represent themselves as Waddell & Reed.

At our firm, the LPL brand mark really sits secondary to the local articulation and brand of that advisor or their practice. And so, to the extent that these advisors want to continue to embrace Waddell & Reed, that will be fully available to them. But that will be an individual decision available at the advisor/practice level.

Over 65% of the advisors at Waddell & Reed started their careers at Waddell & Reed. You have a franchise that is made up largely of folks who have been there for decades and have been affiliated with Waddell & Reed for decades, and have a tremendous amount of pride in that firm, in its legacy, in the way that they've done a lot of cutting-edge things. They were one of the first '40 Act funds. They were the first firm ever to sell mutual funds in a department store, in Buffalo, New York. That legacy means a lot to the advisors.

Also, they were on a real transformational journey that Waddell & Reed had embarked upon to build capabilities, to move toward open architecture, to get more capabilities to the advisors. And we think we will, when they move to LPL, dramatically accelerate that journey. A lot of things that were on their road map over the next couple of years, those advisors will see in the first half of this year as they transition to LPL.

WM.com: What are some of those things that were on their road map that their advisors will see at LPL?

RS: One of the real privileges of our firm is that we self-clear and all of those platforms are actually held here through LPL versus one vendor for direct business, a transfer agency, one brokerage platform, one advisory platform with multiple statements and multiple unintegrated experiences.

So you get to have one workstation that you're logging into, one experience to serve the clients, one statement out to the clients, one consolidated account view where the clients are going to see all of their holdings. Also seeing that on the mobile app.

In addition to that, there's a support side to it: enhanced practice management, more robust client-facing research capabilities. I think you'll see that in terms of our localized support probably being a little more robust as well.

And then, many of these advisors really are driving toward growth, so our access to capital, our ability to structure and help them through transactions, identifying targets for them to buy, structuring those transactions for them and providing the capital for them to make acquisitions to accelerate the growth—I think that's going to unlock another level for a lot of the Waddell & Reed advisors.