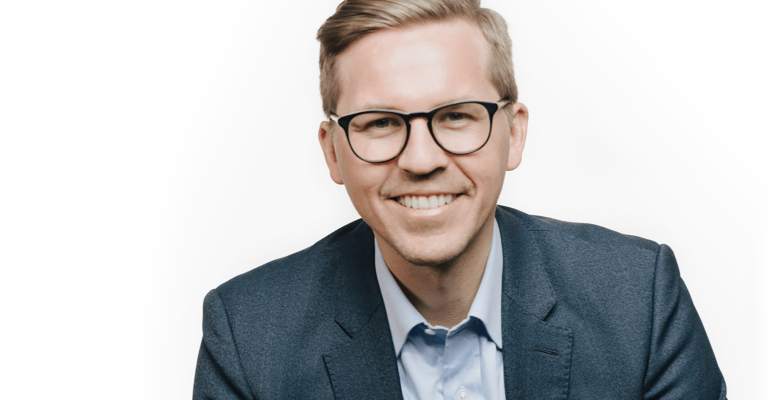 What Carson Group Saw in a Small RIA

The partnership with Bain Wealth Management, a $100 million RIA in Salem, Ore., provides a good example of Carson Group’s strategy.

What did Ron Carson see in Bain Wealth Management, a registered investment advisory firm that just recently crossed the $100 million AUM threshold, with two investment advisors—the founder and his son—striving to build a practice in the mid-sized, middle-class town of Salem, Oregon?

Earlier this month, Bain became the latest of 132 firms that have signed on with Carson Group, gaining access to the larger firm’s technology, practice management help and built-in succession support.

One of the unique aspects of Carson’s partnership strategy is the firm’s willingness to look closely at smaller fish like Bain, instead of the larger firms being targeted by most rollups and acquirers, said Carson Group’s top acquisition lieutenant Jason Carver. After all, there is more variety among smaller fish, and Bain, though a small firm, was on a fast, upward trajectory, running at capacity, and needed a boost to get to the next level.

“We don’t want to be the next United Capital or Hightower by building through acquisitions,” said Carver. “Our core focus is adding partners to our network and helping facilitate their organic growth."

The drivers are Carson’s brand cache and the benefits of the Carson Group enterprise, where firms can find coaches, resources for growing their business, an advanced technology platform for both advisors and clients—and the opportunity to align with Carson from an equity perspective. “They participate in our upside as we do in theirs,” he said.

“Carson stands out because they are not obsessed with size,” said Mark Bruno, Managing Director with Manhattan Beach investment bank and research firm Echelon Partners. “If you ask what their ideal acquisition target is, they don’t have a canned answer,” said Bruno.

This open-ended approach, Bruno said, may work in Carson’s favor. There are currently five times as many firms with between $100 million and $500 million in AUM than there are managing over $1 billion in AUM, said Bruno. “There will be exponentially more activity in that segment,” he added. There are simply a greater number of firms that will likely seek a partner over the next six to 18 months, said Bruno.

Unlike some others, the company tends to focus on the individual running the firm rather than AUM, geography or client niche. If the prospect has $150 million, “Carson says, ‘How can we help them grow?” said Bruno.

“In my discussions with Ron, he is looking for compelling, interesting firms that are successful not just quantitatively but qualitatively,” said Bruno. That means finding motivated people, willing to learn and “bring something to the table that will benefit other teams at Carson.”

Bain fit that profile. The firm started in 1983 when the elder Frank L. Bain started selling insurance, and with son Mark L. Bain, they registered with the state as an investment advisory firm in 2015.

From 2016 to 2018, the firm grew from roughly $30 million to over $100 million in AUM, while more than doubling the number of client accounts, and did so without adding any additional investment advisor representatives, according to the firm’s registration filings.

An increasing percentage of the firm’s clients over the last few years are HNW investors, Bain said, where “more sophistication and expertise were needed.”

Partnering with Carson, Bain said, will enable his firm to “go toe to toe with Merrill or UBS, to compete for and win the bigger clients.”

Bain had been with three independent broker-dealers before going independent in 2015. He described Carson’s courtship approach as “relentless – in a good way.”

When Carson first contacted him in August of last year, Bain was only willing to “kick the tires. I even told them up front that 99% we would stay independent,” he said.

Over the next six months, Carson and Bain had a series of hourlong calls to go over what Carson could bring to the table with its research, legal, CPA and tax services.

Bain told Carson he was concerned that growth would be challenging in Salem because it is a smaller market, with several hundred thousand people. Many work for the state or in healthcare, the two largest employers in town.

Carson showed him that Carson Group partners were growing revenue at an average of 23%, which was “impressive,” said Bain. “We are between 15% and 20%. All we need is a modest uptick, nothing dramatic, just larger, more sophisticated clients,” he added.

These conversations ultimately led to an invitation to a Carson “Omaha Partner Experience” weekend event, featuring the leadership team and a host of existing partners, said Carver.  “We make recruits think, ‘Where are we at today and are we really in the right environment for our clients.’ As soon as we start having deeper conversations, we see the lightbulbs start to go off.”

Bain remembered the “zero-degree temperature” trek to Omaha all too well.

The “tipping point where I went all in was when Ron articulated his strategy of building a 100-year firm” that would outlive everyone present, recalls Bain. “I didn’t create a firm to create value and go off and sell. I’m more interested in what I can bring to generations of clients.”

The client portal “is a fantastic transparent sheet of paper. You can see everything – the fees, the returns – all using the same pane of glass.”

While Carson offered no upfront financial incentives to joining, Bain saw a great potential for savings on the expense side of the ledger. “If you include the compliance and the tech, we were spending $60,000 a year, or $5,000 a month, on that stuff,” he said.

Unlike some competitors, Bain said, Carson takes nothing off the top of Bain’s revenues. The affiliation structure means Bain keeps 100% equity in the firm. Carson’s cut, he said, is built into a portion of the fee Bain charges to manage clients’ portfolios. For some clients, he said, that fee can reach 1.8% of assets; other clients pay 1.2% with break points.

Carson, like many other firms, also looks at a firm’s succession plan—or lack thereof.

“When you look at the statistics, the upper end of the market has a more developed and mature approach to succession,” said Carver. Smaller firms under $500 million in AUM, he said, are the ones that need the most help. “There just aren’t many options for folks who need extra support with succession planning, which we look at as a huge opportunity.”

For Bain, Carver said, Carson offered a “more transparent” path to installing a succession plan. “We solved the ‘What happens if you get hit by a bus’ scenario,” he said, by providing a “backstop” business continuity agreement.

“We agreed to step in proactively and monetize the business for them and their heirs to provide continuity to staff and clients,” said Carver.

It’s a pitch that seems to be working, even during a time when many advisors remain quarantined to various degrees around the country.

At the moment, Carver said, Carson is talking with over 100 prospective partners and has $10 billion in its pipeline. It has sent letters of intent with four firms and will send out another four in the next three to six months, he said.