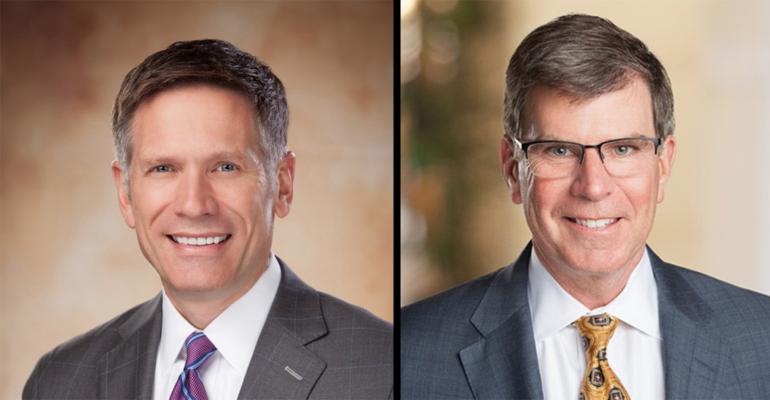 To escape the damaged reputation of his employer, one of Wells Fargo's top brokers decided to start his own advisory firm. Thanks to a chance introduction to a like-minded soul, it turns out he didn’t have to.

Financial advisor Joey Sager admits that in part, he was driven to leave Wells Fargo because of that firm’s ongoing headline-grabbing scandals.

Consumer bankers opening fake accounts, burdensome sales quotas and finally a request by the Justice Department to conduct an independent investigation into Wells Fargo’s wealth management business eventually became too much of a distraction, he said, and he began exploring his options in 2017.

Sager, who led the firm's $300 million Waypoint Investment Group in Oklahoma City, said his team originally considered joining another brokerage, but “the things that we were experiencing at [Wells Fargo]...we could see that the environment was really not that much different [at other firms],” Sager said. “We kept asking, ‘What’s in it for clients?’ and, frankly, no one was answering that really well.”

He was in the process of laying the groundwork for establishing his own RIA when a representative from Raymond James introduced him to Russell Norwood, the founder of the $750 million Venturi Wealth Management in Austin, Texas. A fellow aviation enthusiast and, like Sager, a licensed pilot, Norwood’s proposition was that joining with another independent RIA, as opposed to another firm, consolidator, or RIA support platform, could provide him all of the support he needed without the burden of running his own business.

The move illustrates a growing trend in the independent advisory space, as RIAs team up with like-minded RIAs and join together to create self-supporting organizations. Technology has “leveled the playing field” between wealth managers large and small, Norwood said.

“I told him they have everything in place, but the critical thing was essentially the time-saving and execution,” Norwood said. “Being an independent, $300 million firm is a nice lifestyle business...but the industry has changed.”

Norwood himself took the step Sager was considering two years earlier, after a 23-year career at Merrill Lynch. He too originally considered joining one of the consolidators, including Focus Financial Partners, or a support platform like Dynasty Financial Partners. But, while he found they made sense on paper, he struggled to see the creation of company culture he was looking for, he said.

He founded Venturi in 2015 and largely grew organically, adding $175 million in AUM in 2017 alone. He was managing some $750 million from around 75 high-net-worth clients when he met Sager through the Raymond James connection. While Norwood said he wasn’t looking to acquire another advisory firm just yet, the synergies and cultural alignment were there; Venturi started office renovations for Sager on nothing more than a handshake deal, Norwood said. “They paid us a great compliment by coming here.”

The deal makes Venturi one of the latest RIAs to break $1 billion in AUM. He said he designed Venturi to be an “enterprise” firm and plans, in the future, on making one tuck-in acquisition per year; he expects to have some $2 to $3 billion in the next five years, concentrating on the Dallas and Houston markets.

Sager said clients were supportive and many even reached out and to express their appreciation that he would take the step. Leaving Wells Fargo really became "lot less about going from something and more about going to something," he said.