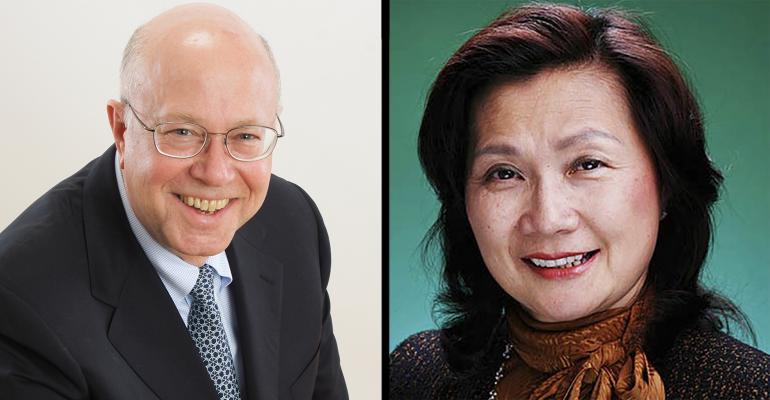 Wealth Enhancement Group’s acquisition of Pillar Pacific Capital Management is the firm's first in California and gives it the ability to serve Mandarin-speaking clients.

Details of the transaction were not disclosed. However, Jeff Dekko, CEO of WEG, said acquired firms are given the option to have equity in WEG and typically a cash consideration along with performance-related earnouts.

Mindy Ying, CEO of Pillar Pacific, and Arthur French, the founder and chief investment officer, said WEG would bring their firm a continuity plan and free up more of their own time to focus on clients.

“After you grow to a certain size, not only do you need scale but it’s more important to centralize all this compliance, operations, all this administrative stuff,” said Ying. “With Wealth Enhancement Group, Art and I will be able to focus on portfolio management, investment management and also client servicing.”

Pillar Pacific will be WEG’s first firm on the West Coast, adding locations in Los Angeles and San Francisco. WEG has previously focused on markets in the North, Southeast and Midwest. In January, it announced it would acquire a Connecticut-based firm and a month before that purchased a wealth management and trust business in Wisconsin.

“[Pillar Pacific is] extremely strong in asset management and broader financial planning and wealth management services. That was important to us as an anchor to how we start on the West Coast,” Dekko said. “In addition, they’ve done work internationally, they specifically have capabilities to support clients in Mandarin Chinese.”

Pillar Pacific will bring $1.6 billion in assets under management and seven financial advisors to WEG’s growing platform of $30.2 billion in brokerage and advisory assets and 206 advisors. Account size from its mix of business owners, retirees, and multi-generational families range from $1 million to $96 million with an average client account of $4 million. Pillar Pacific’s institutional side manages between $30 million and $50 million, said Ying.

Ying will join WEG as managing director, senior vice president and a financial advisor. French will take on the role of director of research and senior portfolio manager. He said one of his projects is to build an active management product that can be scaled across the WEG platform.

French and Ying have known each other since they worked for First Interstate Bancorp in the early 1990s. French left in 1993 after he was recruited by a former client, insurance company California Casualty. He started Pillar Pacific’s predecessor, Pillar Point Capital Management, and, in 1999 became an independent firm called Pillar Point Equity Management.

Ying stayed with First Interstate until it was acquired by Wells Fargo in 1996. She went on to work for Barclays Private Bank as a managing director of the western region before starting her own firm.

In 2007 they merged both firms, producing Pillar Pacific.

Pillar Pacific is WEG’s 23rd acquisition since 2013 and its second acquisition this year. Dekko said he expects to exit the year with more than $40 billion in AUM.