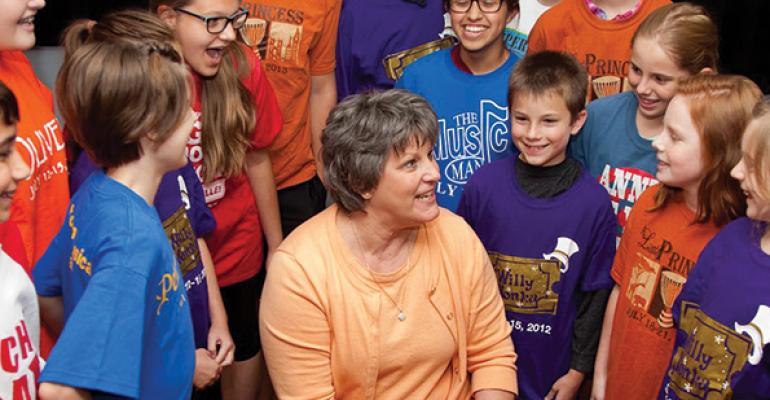 Champion for the Arts

Tracye Caughell had little interest in theater. But when her kids started showing an interest, there were no options for them in her 36,000-person town of Bartlesville, Okla.

“So the kids in our community who had interest in this field had to go elsewhere to try to learn about it and get some experience,” Caughell says. “I was willing to take my kids and do some things, but not all kids had parents who could do that or were able to.”

This is what motivated Caughell to cofound Children’s Musical Theatre of Bartlesville. The idea, hatched in 2000, was to bring in the artistic staff and talent to conduct an arts-intensive musical theater program, culminating with a show at the end of every summer. They also have two smaller elementary school age theater camps.

Caughell has devoted 10,000 volunteer hours to the cause, and helped raise $1.5 million. She currently serves as vice president of the board, but over the years she’s done everything from fundraising and set design to serving a three-year stint as executive director on a volunteer basis.

But her most time-consuming role has been as executive producer of many of the shows, including this past summer’s Peter Pan. This is a year-round job that starts with getting the rights to the show, hiring staff and recruiting volunteers. She spends about 10 to 12 hours a week on the job leading up to auditions, but she’ll spend as much as 40 to 60 hours a week during show season.

She’s responsible for leading parent cast meetings, going over the program guidelines, fielding complaints and problems, negotiating contracts for rehearsal space, and coordinating accommodations, transportation and schedules for the artistic staff. She’ll also pop in and out of rehearsals to make sure things go smoothly. The effort has paid off. Bartlesville has a theater scene, and some of the program’s alumni have appeared in Broadway shows.

In 2008, CMT’s board developed a 10-year plan for the nonprofit that included a capital campaign to acquire a facility and expand it into a year-round program with multiple shows for different age groups. They’ve acquired a building in order to store and create sets, props and costumes, and Caughell expects the year-long program to get underway in Fall 2015.

“There is not any other job that I’ve had in my life that is as challenging and as satisfying as this non-profit work is for me
personally,” she says. “There’s something about the community that develops in the process of putting a show together.”