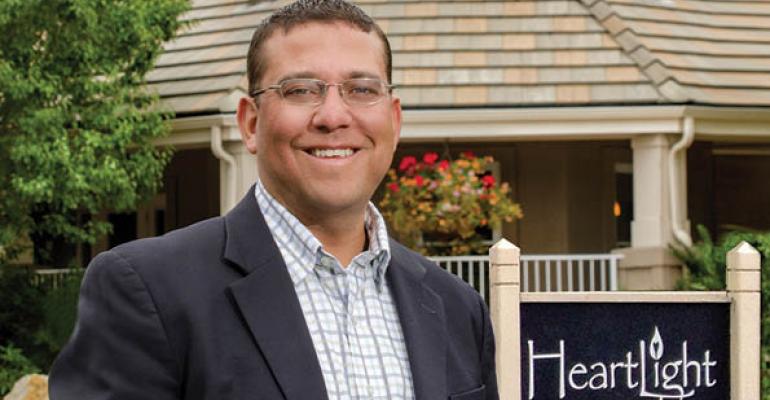 In 1989, 16-year-old Shane Phillips was in Corsica, France, about to embark on an exciting year abroad. One phone call changed all that. On July 31, Shane learned that his father, mother and sister had died in a plane crash. Beyond the emotional devastation Shane endured, he was faced with another obstacle: His parents had done no financial planning. No life insurance, no college fund, no valuable real estate—only a mortgaged house and his dad’s consulting company—whose success hinged on Shane’s father as the key asset.

“All this set me on my path today,” explains Shane, who picked up the pieces of his life and enrolled in the University of Denver. Through his childhood friend Wil Armstrong, he got his first taste of the financial services industry, interning at Cherry Creek Mortgage Company—owned by Wil’s dad, Sen. Bill Armstrong (R-Colo.).

Fast forward to 2004. Although professionally successful, Shane never forgot the emotional turmoil he experienced after the death of his parents and sister. Enter the Child Grief Education Association (CGEA)—Shane’s brainchild organization that he co-founded with Dr. Mary M. Lyles, a social worker pursuing her doctorate in clinical psychology. “Because I never got any grief counseling,” remarks Shane, “I wanted to provide a way for any kid in Denver who lost a family member to get psychological counseling.” To staff CGEA, Shane and Dr. Lyles appealed to various local universities, setting in place a system whereby Master’s Degree candidates in Counseling could fulfill their supervised hours requirement by providing their services free of charge to children in grief.

Unfortunately, the economy took a toll on CGEA: It was 2010, and donations were down. In an unfortunate twist of fate, Shane’s 15-year-old cousin took his own life, and Shane made the funeral arrangements. That task led him to meet the founder of HeartLight Center—a thriving nonprofit that provided services to individuals of all ages experiencing a loss. Determined to continue his mission to help those in grief, Shane took CGEA’s remaining assets, donated them to HeartLight and forged a personal relationship  that’s in full force today. Currently, Shane sits as HeartLight’s Chairman of the Board, proud to be an integral part of all of HeartLight’s programs, which include “The Starfish Program,” designed to teach coping strategies and provide grief support in age-based group settings for children who have suffered a loss.

Today, in addition to serving as director at Englewood, Colo.-based Wakefield Asset Management, a registered investment advisor with $260 million in assets under management, Shane operates as if he has more than 24 hours in his day. “I don’t have any boundaries in my life,” declares this father of five. That attitude translates into recently publishing First Steps: A Comprehensive Guide to Financial Matters After a Death. It also means taking the time to educate his son’s Boy Scout Troop about HeartLight’s mission and encourage the boys to get their service hours through volunteering at HeartLight’s major fundraising dinner.