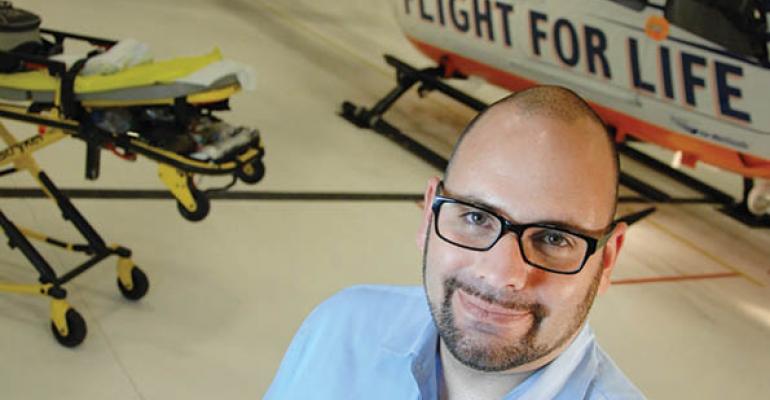 When Eido Walny was in college, he began helping his family—some of whom were Holocaust survivors—recover property that had been stolen during World War II. It took over five years to win claim to a Swiss bank account that he could trace to his family. Recognizing that his family couldn’t be the only ones struggling to recover property stolen during WWII, Eido became committed to helping other victims make reparation claims.

Despite his extremely busy practice at the Walny Legal Group LLC—the boutique firm he founded in 2011—Eido dedicates a portion of his pro bono time to helping Holocaust survivors and the families of those who didn’t survive. “It’s cathartic for people to tell their story, even if they don’t get a penny,” Eido recounts. “Many of the existing Holocaust reparation programs are extremely document driven. The programs are difficult to qualify for, and a lot of stories don’t end that well.”

A few years ago, the Milwaukee Jewish Community Center contacted him and asked whether he would work with Bet Tzedek, a Los Angeles-based nonprofit that provides pro bono assistance to Holocaust survivors applying for reparations. Today, Eido is the Milwaukee area representative for Bet Tzedek. “Typically, there’s a social worker who has a client with ‘a story.’ They come to me, and I listen. There’s often just bits and pieces, but I try to help them find the right reparations program.” Eido makes it a point, no matter how busy he is, to make time for these individuals. “When these calls come in, I stop what I’m doing and, if nothing else, I listen to them.”

For Eido, however, charitable commitments go beyond helping Holocaust survivors. He’s also extremely active on the advisory board of Froedtert Hospital in Milwaukee, serving on its President’s Advisory Council (PAC) since 2009. Froedtert Hospital, the only hospital in eastern Wisconsin with a Level I Adult Trauma Center, holds a special place in the Walny family’s heart, in that both of Eido’s children were born there. In fact, when his wife, Michelle, was giving birth to his son in 2006, Michelle’s recovery room overlooked the hospital’s Flight for Life helipad, where her brother was airlifted after a horrific truck accident 16 years earlier.

As a PAC member, Eido tours the hospital’s medical units and interacts with the hospital staff on a level that lets him be a better advocate. He often shares his firsthand knowledge of Froedtert Hospital with many of his clients and friends who want to make charitable gifts. “I want to stay informed about the hospital on a deep level so that it becomes a source of conversation when I meet with people. I want them to know exactly what the hospital is doing,” Eido notes.

How does he do it? “I don’t sleep all that much,” Eido says. “I try to be with my family … and try to help the world on the side.”