/sites/all/themes/penton_subtheme_wealthmanagement/images/logos/footer.png
Recent
Recent
Crypto Nomads Move Back to Big Cities Like London, NYC in Bear Market
Aug 16, 2022
The Rise of the One-Day Workweek for Office Commuters
Aug 16, 2022
Multifamily Investors Adjust to Tightening Capital Markets
Aug 16, 2022
How Firms Are Finding and Keeping Employees
Aug 16, 2022
Featured
The 10 Best and 10 Worst States in Which to Retire in 2021
Jul 15, 2021
Poll: 15 Classic Books on Investing and the Markets
Apr 03, 2020
Fifteen Must-Listen Business Podcasts for Advisors
Aug 14, 2020
Celebrity Estates: Jay Leno and Planning for Classic Car Collections
Feb 22, 2022
Wealth Advisors With Heart
brought to you by 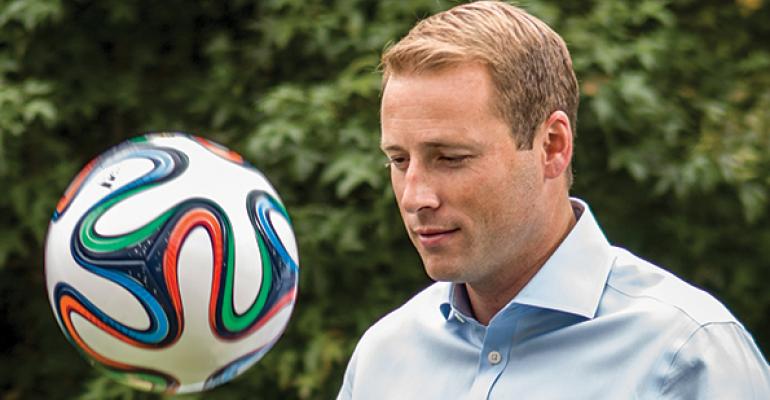 When Shawn Kuykendall—a professional soccer player—died of cancer in March, he didn’t leave behind a will. But the 32-year-old had a request: He wanted his friend Mike Foss to start an organization to help the families of children stricken by the disease.

After his passing, Foss received some 1,000 emails from people asking how they could help; David Miller, an advisor who grew up with Kuykendall, was one of them. “I had no idea how to go about any of the process of setting this up, and one email I got was from David,” Foss said.

That was the origin of the Kuykenstrong Foundation, an organization (still awaiting 501(c)3 status) that supports families of children struggling with cancer being treated at the Lombardi Cancer Center in the University of Georgetown. The foundation has raised $50,000 so far.

As treasurer, Miller’s day-to-day role has been to create the business plan for the charity, working with the attorneys and accountants and shaping the operating budget, which is kept lean; nearly 99 percent of money raised goes to the families.

The foundation has garnered national attention thanks to Kuykendall’s fame and connections to the soccer world. During MLS’s all-star game earlier this year, players Landon Donovan, Graham Zusi, Thierry Henry and Clarence Goodson were wearing the foundation’s T-shirts.

“I think that’s our biggest accomplishment to this point is that we have something that will continue his legacy, will continue to help children with cancer, help spread his message of, ‘Don’t give up,’” Miller says.