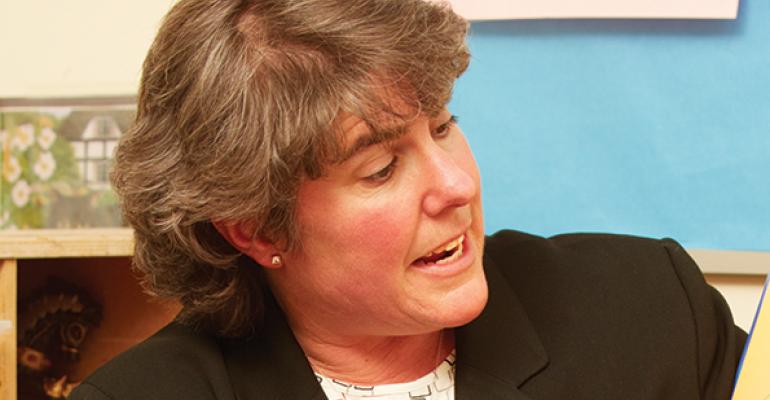 Lifting the Curse of Illiteracy

Sixty-five percent of fourth graders nationwide can’t read at the benchmark level, according to the National Assessment of Educational Progress. In California, it’s 73 percent. Morgan Stanley advisor Carla Koren has been trying to change that.

In 2002, she started an after-school literacy program for kids in kindergarten through second grade, with the goal of helping at-risk children read at their grade level by third grade. Koren says third grade is a critical inflection point in a child’s learning skill development because that’s when the child starts using reading skills to learn.

From one school and 30 students, Koren grew the program to nine schools serving 500 children. Along the way she spun the program off from the Junior League of Oakland-East Bay to its own nonprofit, the Super Stars Literacy Program.

Eighty-five percent of the children who come into the program can’t read at benchmark levels. “They’re significantly behind,” Koren says. “And our goal is to not only catch them up, but keep them going, so that by the time they get out of second grade, they can read.”

After three years in the program, over 70 percent of the children are at benchmark literacy levels, Koren says.

Since inception, the program has served over 2,000 children and raised $7 million. The nonprofit has a full-time program staff of four people plus 28 Americorps volunteers.

As board chair, Koren spends 20 to 30 hours a week fundraising, grant writing and meeting with heads of school districts and principals to develop relationships. She sets the vision, reviews the organization’s finances and personally donates to the cause.

Koren developed a passion for children’s literacy after becoming aware of California’s low high school graduation rates and of statistics that link illiteracy at a young age to dropout rates and criminal activity. She also saw the socioeconomic disparity in her own neighborhood in Oakland.

“Five minutes from where I live, it’s a completely different story, and there’s no excuse for that.

“We can’t fix societal issues, like abject poverty in Oakland or in East L.A. But what we can do as soon as those kids get to us is start working with them as much as possible to bring them the resources they don’t have.”