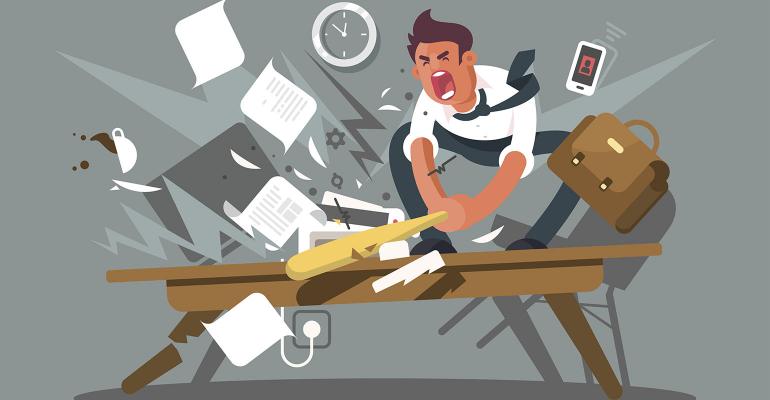 Executives should mind their tone when voluntarily talking about the company they lead—it might result in abnormal returns, according to a number of reports cited in the CFA Institute’s The Current State of Quantitative Equity Investing. But they shouldn’t overthink their delivery either because it might not matter as much, going forward. Investors, it turns out, seem to pay more attention to the tone of analysts during the question and answer sessions that follow earnings calls. In addition, data analytics could prove more useful than anyone’s tone, but traders, not long-term investors, are currently benefitting from it. “Indeed, for long-term investors, it is not yet clear that big data per se is a big deal for their investment processes. As of this writing, we have yet to see referred journal articles suggesting that big data and software can create long-term, persistent insights about quantitative equity management,” the review said. The co-founders behind robo advisor Hedgeable, Michael and Matthew Kane, have put out a call to build a financial services industry working group advocating for adaptation of blockchain technology. The consortium, Financial Industry Decentralization Initiative, or FINDI, is accepting founding members through August 1 and will include the brothers’ blockchain-based fintech platform, Hydrogen Technology Corporation. FINDI members will advance the mission of “a more open, transparent, and decentralized global financial system powered by public blockchains,” according to a statement. The no-fee consortium envisions public blockchains providing better security, “enhancing the validity of critical information,” and “improving trust between consumers and financial institutions.” Hydrogen stated that its mission is to “encourage the global financial system to decentralize and leverage the tremendous power of the public ledger to bring back faith in our economic system.” Two men and one woman in South Florida have been arrested and charged with swindling elderly investors out of nearly $500,000 they thought was going to a cutting-edge fish farm. Rebecca Gonzalez, Matthew Graun and Michael Creamer face several securities fraud charges, according to the South Florida Sun Sentinel. They allegedly promised their seven victims returns of up to 6 percent on their investments in the non-existent fish farm. Gonzalez was the point-person in the scheme, approaching seniors she had previously met at financial-planning seminars or prior relationships when she performed legitimate financial services work. She was no longer licensed to trade securities and told clients she worked as an independent financial advisor. The scheme, which included technology involving “floating spheres” anchored offshore that allowed fish to swim freely but contained them to be later harvested, fell apart when one of the investors grew concerned about the lack of financial statements and other documents. The so-called fish farm was also based in land-locked South Dakota.