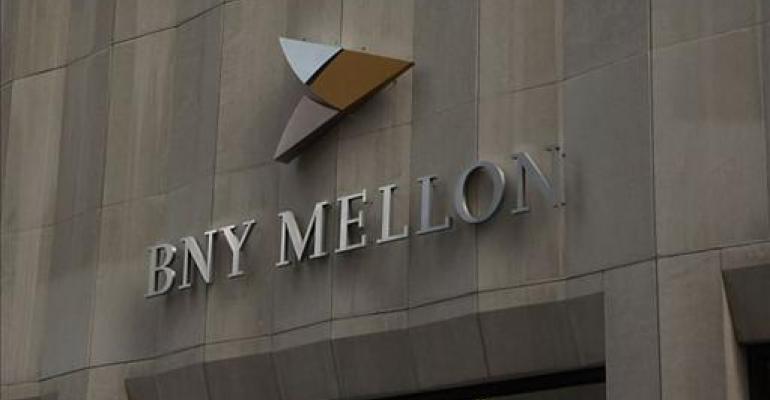 The two firms will partner to earn the business of state-sponsored retirement programs, like OregonSaves and CalSavers.

Bank of New York Mellon and Vestwell are entering a partnership that will give the bank a technological boost as it embarks on a foray into service offerings for state-sponsored retirement plans. The bank signed Vestwell as an affiliate, meaning several of the banking behemoth’s units, including BNY Mellon Custody, Pershing brokerage services, Lockwood asset management and retirement plan management solution, Sumday, will all have access to the newly signed firms’ homegrown retirement plan-focused interface.

According to Georgetown University’s Center for Retirement Initiatives, some 40 states have implemented, studied or considered legislation to establish state-facilitated retirement savings programs in the past six years. This level of interest signals there’s significant momentum behind state- and city-sponsored retirement plans. While Oregon was first out of the gate with OregonSaves, there are now 11 state and local government-enacted retirement savings programs for private sector workers, including an auto-IRA in the City of Seattle. Last month California started its official pilot program registration and enrollment.

As a result of the partnership, Vestwell’s “Phase One” will be bridging the gap between payroll providers and BNY’s Sumday, which will make investments on behalf of retirement plan participants, said Aaron Schumm, founder and CEO of Vestwell.

Vestwell is built to ingest client data, normalize it and use the data for participant onboarding and to process payroll deductions. It also calculates eligibility of potential retirement plan participants within a company. Sumday, meanwhile, can deduct funds from a bank account, move it into a brokerage platform and invest it, providing basic reporting and performance metrics, said Schumm.

Both companies note the symbiosis of the partnership. BNY’s clout is opening doors for Vestwell, providing access to a range of state, city and other government-sponsored retirement programs, said Schumm. Vestwell has the technical prowess BNY sensed it needed to close deals—as well as being astutely focused on small to midsize employers, said Doug Magnolia, managing director for BNY Mellon’s Sumday.

“Good payroll integration and a good user experience and interface, we felt were two critical components that we just hadn’t focused on or spent the effort to develop ourselves,” added Magnolia. “When we got introduced to Aaron and team, we found very kindred spirits in terms of looking at the problems that the industry faces.” BNY already works with states on 529 college savings plans and ABLE programs.

The partnership will be facing an uncertain market. Although states are exploring offerings and running pilots, there are vocal opponents. The National Association of Insurance and Financial Advisors, for example, has come out against state-run plans, saying they compete with private market plans and could lead to employers dropping their own 401(k) plans, replacing them with state-run programs that have lower contribution limits and no employer matching contributions.

“It remains to be seen how successful state-level auto-IRA programs will be,” said Aron Szapiro, director of policy research at Morningstar. “We’re still beginning to see the results.”

But BNY and Vestwell are comfortable with the risks. “California will be the big litmus test,” acknowledged Magnolia. “That’s going to be a bit of a challenge.”

“Everybody knows these are starting with zero accounts. Zero dollars,” Magnolia added. “In theory, if you can stick with it over time, there should be a pretty decent take-up.”

And the firms are confident they will be able to beat out the competition. “Ascensus is not known for having great technology,” said Schumm. The combination of Sumday and Vestwell are “bespoke for purpose,” according to Magnolia.

If the state programs are successful, advisors should see some upside, said Morningstar’s Szapiro. “More people saving money for retirement can’t be a bad thing for advisors.”

Providing improved digital experiences for retirement planning, an area that’s seen less technological improvements compared to other areas of wealth management, is “very timely,” said Alois Pirker, research director at Aite Group’s wealth management division. The deal holds even more potential for advisors if Pershing and Vestwell work more closely together, he added. “It all depends on how they position it.”

Advisors familiar with Pershing could see an impact as the partnership between BNY and Vestwell unfolds, said Schumm. Advisors using those services will now have Vestwell as a platform option, for example.

“The driver of the investment really wasn’t for the RIA community,” confirmed Magnolia. “However, it’s a nice segment for us to expand into.”