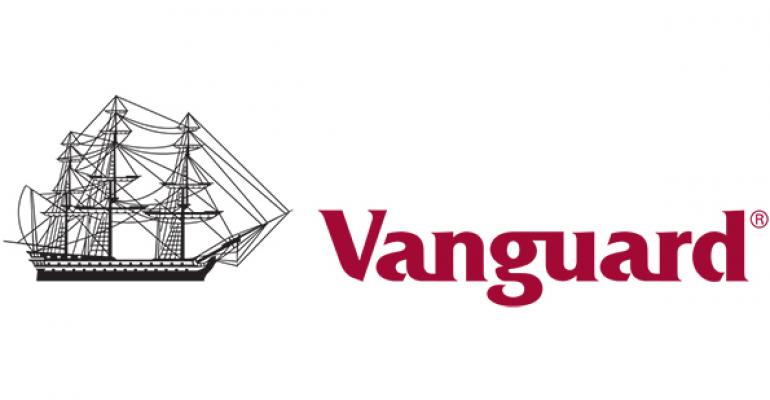 How will Tim Buckley handle a world in which cheap market-tracking index funds are everywhere?

(Bloomberg) --Tim Buckley has just been handed the keys to the house that Bogle built.

But Buckley, Vanguard Group’s new president, confronts something that founder  Jack Bogle never did back in his prime: a world in which cheap market-tracking index funds are everywhere.

Buckley, 48, was tapped late Thursday to run the world’s second-largest money manager, which oversees $4.4 trillion and is responsible for the savings of more than 20 million investors. He has a Vanguard pedigree. The Harvard MBA joined Vanguard in 1991 as an assistant to Bogle and rose through the ranks, overseeing first its technology operations and then its core retail unit.

Buckley, who becomes chief executive officer in January, succeeds Bill McNabb, who led Vanguard since 2008, weeks before the collapse of Lehman Brothers. Since then, its assets have more than tripled, putting the rest of the industry to shame. Its customers have an almost fanatic loyalty to its flinty founder and his company, named for an 18th-century ship.

“I love that everyone is following us,” Buckley said Thursday. “We are here to change the way people invest and we are taking that beyond the borders of any one country.”

Read more: Vanguard’s McNabb hands over the reins after decade of growth

Buckley, who will be Vanguard’s fourth CEO since the firm’s founding in 1975, faces an arguably greater challenge than any of his predecessors: Maintaining its lead in a low-margin business, while big competitors such as giant BlackRock Inc. are fighting back, even undercutting, Vanguard on cost. After all, its best-known products are essentially commodities. An S&P 500 Index fund by Vanguard or one of its competitors is tracking the same basket of stocks.

‘Transactional World’
Even strong companies like Vanguard are under pressure today, said Nancy Koehn, a Harvard Business School professor who has written extensively on the power of brands.

“It’s a much more transactional world,” Koehn said. “It’s more about ‘show me the money’ than it is about emotional values like loyalty and trust.”

For now, the Vanguard brand name has been acting like a cash magnet, fueling growth despite an increasingly crowded market for index investments. Investors poured a record $194 billion into the firm’s U.S. passive funds in the first half of the year -- two-thirds more than runner-up BlackRock and about 10 times more than Fidelity Investments’ haul, according to data from Morningstar Inc.

Vanguard is “a name that clients know and trust,” said  Jonathan Swanburg, a financial adviser in Houston. “We never have to explain it or justify it.”

Rivals’ Inroads
Even so, competitors are having some luck differentiating themselves. BlackRock, the world’s biggest money manager, has already found success selling its low-cost line of exchange-traded funds to individuals and financial advisers -- Vanguard’s traditional turf -- and by adding newer products such as funds following so-called smart-beta strategies, which combine features of active and passive investing. Schwab has made inroads on a smaller scale after cutting fees on its index funds and ETFs.

The rivals have intensified the price war and could continue to pick up market share as investors become more familiar with their products, according to Daniel Wiener, who edits a newsletter for Vanguard investors.

Christopher McIsaac, a managing director at Valley Forge, Pennsylvania-based Vanguard, is aware of the threat, but says prices aren’t the firm’s only asset.

“Our brand extends beyond low costs,” McIsaac said. “People trust us to put their interests first.”

Special Set-Up
Vanguard’s success can be traced to decisions made by Bogle, who created a company with two distinct characteristics: it is owned by its own investors and the cost savings that accompany growth are returned to customers through reduced fees. The firm’s average asset-weighted fund fee has dropped to 12 basis points, or 12 cents per $100, from 68 basis points in 1975.

“They were lowering fees when no one else was,” said Eric Balchunas, an analyst with Bloomberg Intelligence. “That builds a connection that is hard to break.”

Bogle, at 88, remains part of the appeal, even though he retired as chief executive officer in 1996. He shows up regularly in print and on television, making the case for Vanguard’s methodical approach. The Bogleheads, a group espousing Bogle’s principles, claims 50,000 registered members on its website.

Fee-based financial advisers polled this year by Cogent Reports, a Cambridge, Massachusetts-based research firm, said they would recommend Vanguard’s ETFs and mutual funds more than those of any rival.

“Vanguard is one of the only financial-service firms with true brand loyalty,” said Dave Nadig, CEO of research firm ETF.com.

BlackRock’s moves have made the biggest impact. Investors plowed $60 billion into BlackRock’s low-cost “core” series of ETFs in the first half of 2017, not far behind the $77 billion that went into all Vanguard ETFs, according to data compiled by Bloomberg.

Lawrence Glazer, a Boston adviser with Mayflower Advisors, says BlackRock has courted firms like his by selling both ETFs and access to expensive technology.

“Cheapness only goes so far,” said Glazer, whose firm oversees $2.5 billion. “BlackRock is trying to build a sticky relationship with the adviser community.”

Vanguard may have given its peers an opening last year when its service stumbled. The Philadelphia Inquirer and Wiener’s newsletter documented a rise in customer complaints such as accounting errors and longer wait times on phone calls, suggesting that the firm may be having trouble keeping up with its robust growth.

Vanguard responded by hiring 1,600 people last year, many in customer-related roles. Service was “periodically challenged” in 2016, said spokesman John Woerth, “but we swarmed the issue, bringing people and technology to bear.”

“If we do right by the people who choose to invest with us, we will do well in the marketplace,” he said.