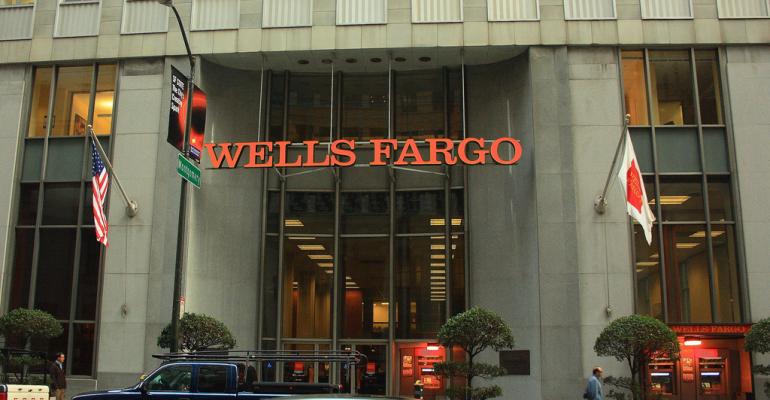 Wells Fargo Advisors may have been affected by the bank's improper sales practices scandal.

By Elizabeth Dilts and Dan Freed

The letter is the first indication that customers of the brokerage business, known as Wells Fargo Advisors, may also have been affected by the earlier problems involving Wells Fargo staff opening customer accounts without permission.

The employees who were fired worked for Wells Fargo's retail bank but were licensed by the Financial Industry Regulatory Authority (FINRA), a Wall Street regulator that oversees brokers, Wells Fargo said on Friday. Some bankers obtained securities licenses so they could refer branch customers to the brokerage arm.

Wells Fargo said in September it would pay $185 million in penalties and $5 million to customers for opening up to two million deposit and credit-card accounts in customers' names without their permission.

The San Francisco-based bank said it fired 5,300 workers for improper sales practices over a period of five years.

Reuters reported in October that thousands of small business customers have also been affected.

"It would appear that Wells Fargo concealed key information from regulators that may have revealed the bank's misdeeds long before the September 2016 settlement," the senators wrote, requesting more information.

FINRA, which regulates brokerages and securities dealers, told congressional staff that it had received dismissal documents known as Form U5s for more than 600 of those fired Wells Fargo employees. However, only 207 of them contained details indicating they were fired for practices that led to bogus accounts.

The incomplete U5 filings may have deprived regulators of information that could have allowed them to uncover and stop the "illegal activity" sooner, the senators said.

FINRA "takes seriously the integrity and accuracy of all filings made by firms," spokeswoman Nancy Condon said in an emailed response.

She noted that FINRA last week launched a review of sales programs for all firms it oversees.

Wells Fargo spokeswoman Jennifer Greeson Dunn said multiple investigations were underway, including an internal review. The bank has been working for years to stop wrongful sales practices, and is taking steps to repair the damage, she said.

"We acknowledge we could have acted sooner and more aggressively," Greeson Dunn said.

At a conference on Thursday, Sloan said he had no knowledge of issues outside the retail bank.