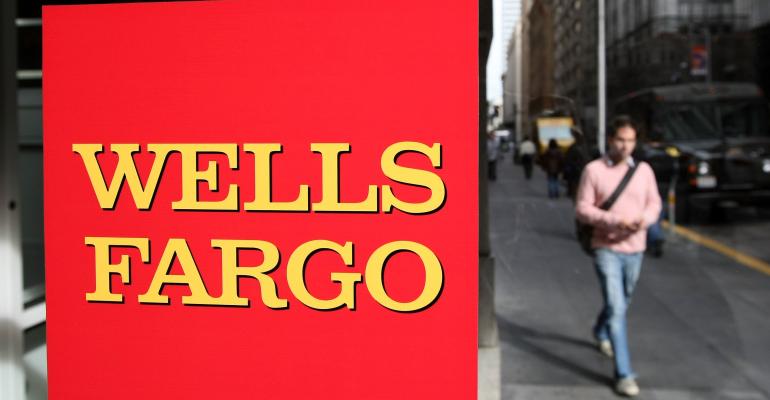 Oct 15 (Reuters) - A former compliance officer at a unit of Wells Fargo & Co was charged by the U.S. Securities and Exchange Commission on Wednesday for allegedly altering a document before it was given to the agency during an insider trading investigation.

The SEC said Judy Wolf, then at Wells Fargo Advisors LLC, in 2010 closed an internal review of a Brazil-based broker's trading with no findings.

The broker, Waldyr Da Silva Prado Neto, was subsequently charged in criminal and civil proceedings with trading illegally in Burger King securities before a 2010 buyout of the fast food company.

After the SEC charged Prado in 2012, Wolf changed the document to make it appear as if she had performed a more thorough review, the agency said as it announced an order instituting an administrative proceeding against Wolf.

The SEC said its staff spotted the alteration after Wells Fargo provided the document as part of the commission's investigation. Wolf initially denied changing it, but later testified she had done so, the agency said.

"Regardless of her motivation, her conduct was inconsistent with what the SEC expects of compliance professionals and what the law requires," Daniel Hawke, chief of the SEC enforcement division's market abuse unit, said in a statement.

Steven Salky, a lawyer for Wolf, said she "did nothing wrong, and we look forward to clearing her of these baseless charges."

In September, Well Fargo agreed to pay $5 million and admit wrongdoing to resolve charges it did not have adequate controls in place to prevent Prado from insider trading.

Federal prosecutors in Manhattan charged Prado and Igor Cornelsen, a banker and fellow Brazilian, in January in connection with insider trading ahead of the news about the Burger King deal.

Prosecutors alleged that Prado learned from a client that private equity firm 3G Capital Partners planned to buy Burger King, and passed the news to Cornelsen, who had been prodding him for tips.

The roughly $3.26 billion buyout was announced two weeks later and valued Burger King at $24 per share, 46 percent above its price before buyout rumors surfaced.

Neither Prado nor Cornelsen have appeared in U.S. court to face the criminal charges. Cornelson agreed in 2012 to pay $5.1 million to settle earlier SEC charges. The agency obtained a $5.63 million default judgment against Prado in January. (Reporting by Nate Raymond in New York; Additional reporting by Peter Rudegeair. Editing by Andre Grenon)