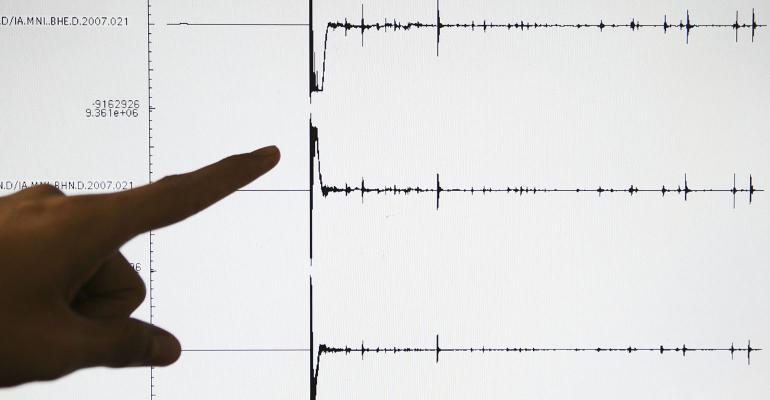 The True Value of Inflection Points

What will be the big disruptor in 2022? Advisor Group CEO Jamie Price tells advisors to view its inevitable arrival as an opportunity.

I have been reading about the demise of our industry for over 30 years. On May Day in 1975, the world was about to stop spinning on its axis because the government abolished fixed-rate commissions. The outlook was bleak — there would be no survival, and yet here we are. Since then, there have been a variety of these “seismic” events, all of varying measure on the Richter scale. While each disrupts things, the financial industry adapts and soldiers on. Every inflection point brings big change, but the good news is that we most certainly will survive; some will even thrive, but in order to do so, you need the right mindset.

Consider that Charles Schwab launched its discount brokerage in May 1975. Prior to this, it had been known primarily as a company that put out a very good, informative newsletter. It seized the moment, taking advantage of the deregulation of commissions and launched its business. The rest is history. Schwab was certainly one of the leaders of the day, spearheading a charge to innovation that others quickly joined. In 1982, I was with E.F. Hutton, which offered a wrap-fee account for investors and brought an institutional product mix to retail investors. All of the sudden, the industry was crackling. The RIA model, as well as the broker/dealer model, were spawned and are now mainstays. External forces created an inflection point and those with a prevailing sense of calm and purpose harnessed the opportunity to affect change. We are all better off for it.

In the early 1990s, discount brokerage capabilities became largely available to the general public and in the early days, E*Trade and Ameritrade ruled the land. E*Trade offered its services via AOL and Compuserve. (Fun fact: In 2003, Toronto-Dominion Bank made an offer to merge TD Waterhouse with E*Trade, but the two sides reached an impasse. TD soon found success with Ameritrade forming the TD Ameritrade of today.) Again, the industry braced for shock — services once reserved for traders were now available to the public at dramatically reduced commissions. More value was passed along to clients and online services were taking off. Some perished, some merely survived, but the sun continued to shine on the industry and we pressed on.

Enter the robo. Do you recall the panicked frenzy in 2010 when Betterment launched and promptly put advisors on notice? The initial message was that a robotic algorithm was equally as capable of managing a client’s money as a human advisor. The media coverage painted a grim picture. Wealthfront soon followed, and in a flash there was a robo offering on every street corner. The custodians were awakened from resting upon their laurels and Schwab Intelligent Portfolios was born, but a funny thing happened. After a bone-chilling initial fear settled over the landscape, advisors realized that humans feel better when their money is managed by other humans. They adapted and even adopted the once-feared digital capabilities into their practices, keen to leverage the possibilities inherent in technology. Fintech firms flocked. Suddenly it was the pure non-human robo that was feeling insecure and on the brink of extinction. Many robo models quickly pivoted to a “hybrid” positioning, including Betterment, who has taken pains to become an ally rather than foe of advisors.

Most recently, the inflection point that has created widespread disruption has been the Department of Labor’s fiduciary rule and its plans for implementation. The industry went DOL crazy; consolidation picked up pace, with some broker/dealers looking down the track and determining that it was easier to sell than to adapt to the changes required should the rule go into effect. Jefferson National sold to Nationwide, the insurance behemoth. Scottrade sold to TD Ameritrade. Merrill Lynch announced that it would be phasing out commission business in retirement accounts. There were no paragraphs in the subsequent press releases indicating that these moves were driven in large part by the looming rule implementation, but one can connect the dots.

Well-capitalized firms with scale were positioned to weather this latest turbulence. I’m proud to say that Advisor Group was among them. And despite the fact that the debate about the rule and its fate continue to rage unabated, we will again see a familiar outcome once the dust settles. Some will fail to act and will fade away. Some will get by. Some will become faster, stronger and better than before. Change is never easy, but it is a fact of life. We must view its inevitable arrival as an opportunity.

So what’s next? Five years down the line, I don’t think commission business is going away. It will represent a smaller share of business transacted in the industry, but it has its place, and like any client offering, it can be of great benefit if deployed with skill, wisdom and care. Fee-based business will continue to thrive and the independent channel along with it, ironically in large part due to the energized technology infusion that kicked off with the robo-craze. In the b/d world, a revenue-oriented focus will shift to an asset-oriented focus. We’ll all have a digital investment management offering and this will be seen as table stakes. Technology is the primary driver of scale. Only advisors who bury their heads in the sand with regard to technology are in danger. The rest will take great leaps forward.

It is no coincidence that while historically we had 15-20 years between inflection points, we’re now seeing them every five years. This has to do with technology. Moore’s Law, introduced by Intel co-founder Gordon Moore in 1965, refers to the theory that every year, the number of transistors on circuit boards doubles. It has since been used as a way to describe the overall advancement of technology and computing (a single iPhone now packs more computing power than early model IBM machines that occupied entire rooms). As such, it will not be long before the next technologically disruptive event comes our way. I believe this will arrive in the form of artificial intelligence and big data. Keep your eye on IBM’s Watson. We certainly are.

Remember that inflection points are inherently good for us all; they provide an opportunity for the true fiduciaries among us to thrive. If you are in this business for the right reasons, to make a difference by helping your clients and you greet each new challenge as an opportunity for improvement, then you are limited only by your own appetite for growth.

Jamie Price is president and CEO of Advisor Group.