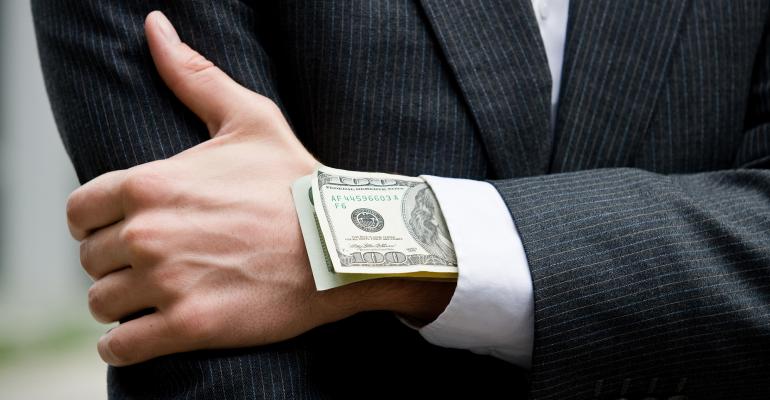 The True Cost of Financial Crime

Financial crimes are widespread and far-reaching, according to a new survey by Thomson Reuters. Forty-seven percent of senior business leaders at large companies say their organizations had suffered at least one incident of financial crime in the last year. Those crimes cost an aggregated $1.45 trillion, or around 3.5 percent of their global turnover. Cybercrime and fraud were the two most cited instances. In addition, 41 percent of known instances of financial crimes went unreported because it involved someone internally, the company wanted to protect its reputation and finances or to avoid a negative impact on investor confidence.

Betterment Adds Tech Innovator to Board Financial services veteran and executive Donna Wells has joined Betterment’s board of directors, the company announced. Prior to the announcement, Wells served as the president, CEO, and board director of Mindflash Technologies, a provider of online training programs. Wells was also the first CMO of Mint.com and served in leadership positions at Intuit and Expedia. She’s an advocate of “incorporating customer research early and often in product design” and designing with an eye towards “large scale,” she said in a recent interview. Betterment’s technology and business model “could change the retirement crisis in a generation,” she added, particularly as the company applies machine learning in combination with personalized financial advice. What if taking out a mortgage to invest in real estate, and then collecting rent from the fully furnished and managed property, was as easy as clicking a button? That’s the idea behind U.K. startup Dot, which launched its waitlist for one-click property ownership, according to TechCrunch. Founded by Gray Stern, who co-founded lender Landbay, the company wants to embed its “Dot Button” on property listing sites for “point-of-sale finance and management solution” that can be wrapped around any property that meets Dot’s lending criteria. Property sales are also facilitated by the platform, moving from owner to owner or placed on the open market. “Dot takes care of the entire end-to-end process,” said Stern, according to TechCrunch. “And because we are lending a large portion of the total cost we have a vested interest in managing your property well.”