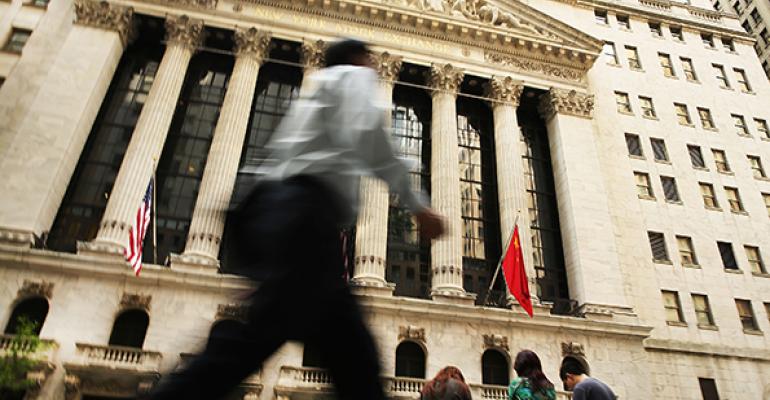 Traders Who Left Banks for Hedge Funds Heading Back to Banks

The expected deregulation to come from the Trump administration is making banks more interesting while it's getting harder to make money in hedge funds.

By Stefania Spezzati and Nishant Kumar

(Bloomberg) --Traders who fled banks for hedge funds are on their way back to Wall Street.

This month, Barclays Plc hired Chris Leonard, a founder of two hedge funds in the decade since he left JPMorgan Chase & Co., to turn around U.S. rates trading. At the end of last year, ex-bankers Roberto Hoornweg and Chris Rivelli, both of Brevan Howard Asset Management, left that London hedge fund for banks.

Recruiters say these moves and others aren’t just the usual attrition: banks in New York and London are interesting employers again a decade after the financial crisis, and may get involved in more proprietary trading if President Trump eases regulatory burdens. There’s also another factor: many macro funds just don’t make money anymore. “In the last quarter of the year or first quarter of 2018, you will find more people leaving the hedge funds to join banks to run proprietary money,” said Jason Kennedy, chief executive officer of the Kennedy Group in London, which hires for banks and hedge funds. “The banks will become more attractive in terms of jobs and pay.”

That’s due to expectations that Donald Trump will be good for bankers. In a report released June 12, the U.S. Treasury Department urged federal agencies to re-write scores of regulations that Wall Street has frequently complained about in the seven years since the passage of the Dodd-Frank Act. They include adjusting the annual stress tests that assess whether lenders can endure economic downturns, loosening some trading rules and paring back the powers of the watchdog that polices consumer finance.

Meanwhile, “the bar within the hedge-fund world has increased dramatically over the last year,” Kennedy said.

“It is not surprising that traders are looking for a safe haven, and if banks have more room to operate these moves could make sense,” said John Purcell of Purcell & Co., a London-based executive recruitment firm.

Among other personnel moves:

As for the exiles from Brevan, whose flagship hedge fund was down almost 4 percent in the first five months of the year, Rivelli, who had joined from Deutsche Bank in 2015, moved to the currency option trading team at HSBC Holdings Plc in February 2017. Hoornweg, who was a partner at billionaire Alan Howard’s money manager, joined Standard Chartered Plc in January; he previously ran fixed-income trading at Morgan Stanley and UBS Group AG.

Tim Sharp made the move back to the sell side even earlier, and says banks now have attractive niche trading businesses and many are nearly done downsizing. He joined Credit Suisse Group AG in July 2015 after less than a year running money at BlueCrest Capital Management LLP, the firm led by Michael Platt. At the end of that year, Platt’s firm, once among Europe’s largest hedge funds, announced it would return about $7 billion of the $8 billion it managed.

Sharp, who is now a director at Credit Suisse, left BlueCrest a few months after the Swiss central bank’s shock decision to remove its currency cap, which caused losses at several firms.

"Macro as an overall strategy has recently experienced a prolonged phase of lackluster returns, triggering a number of unwinds at big shops," said Nicolas Roth, co-head of alternative assets at Geneva-based Reyl & Cie.

It was all so different in 2008: As the biggest banks reeled from the financial crisis, a wave of sell-side traders moved to the buy side. Even the least scathed firms on Wall Street, like Goldman Sachs and JPMorgan, moved to split off or wind down proprietary trading units to comply with the Volcker rule, a provision of Dodd-Frank that prohibits banks from betting capital for their own accounts.

Hedge funds were booming. In 2009, hedge funds gained almost 20 percent, their best yearly performance since 1999, according to the HFRI Fund Weighted Composite Index; a year later, they returned 10.3 percent.

While macro strategies raised $13.8 billion in the first five months of this year, the most of any trading strategy tracked by eVestment, investors are disappointed by their returns. Traders wagering on currencies and rates continue to struggle, even as peers are showing signs of recovering from their multi-year funk.

Macro hedge funds gained 1.4 percent on average through May this year, trailing 3.3 percent return in broader hedge funds, according to data compiled by Eurekahedge. Some of the best-known macro traders did worse.

It’s also more expensive to start a hedge fund than it was, because of the difficult capital raising environment and rising cost of regulatory compliance.

“Some macro traders are returning to the sell side, maybe in a hope that a Dodd-Frank rollback will re-open proprietary trading activity,” Roth said.