/sites/all/themes/penton_subtheme_wealthmanagement/images/logos/footer.png
Recent
Recent
Nine Must Reads for the CRE Industry Today (May 20, 2022)
May 19, 2022
Dondero’s NexPoint Targets More Than $1 Billion for New Wager on Single-Family Rentals
May 19, 2022
SEC Judges’ Constitutional Cloud Darkens After Appeal Ruling
May 19, 2022
Rental Listings with Energy Scores Prompt Greener Choices
May 19, 2022
Featured
The 10 Best and 10 Worst States in Which to Retire in 2021
Jul 15, 2021
Poll: 15 Classic Books on Investing and the Markets
Apr 03, 2020
Fifteen Must-Listen Business Podcasts for Advisors
Aug 14, 2020
Celebrity Estates: Jay Leno and Planning for Classic Car Collections
Feb 22, 2022
DOL Fiduciary Rule
brought to you by 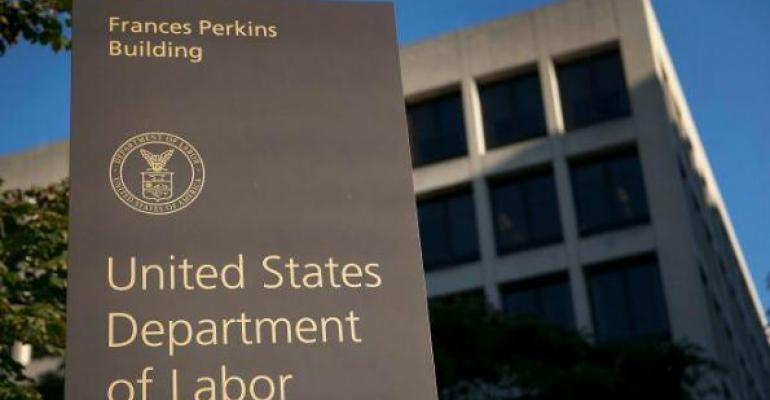 In her decision, Chief Judge Barbara M.G. Lynn said the plaintiffs’ motion did not pass the court’s four-part smell test.

The motion argued that temporary relief was needed to allow the department to complete its review of the rule, ordered by President Trump, and give the court time to consider their appeal.

In her decision, Chief Judge Barbara M.G. Lynn said the plaintiffs’ motion did not pass the court’s smell test. To obtain an injunction pending appeal, plaintiffs must satisfy four requirements: have a high likelihood that they’ll ultimately prevail on the merits of the appeal; show that they’ll suffer irreparable harm by denial; demonstrate that the opposing parties won’t be harmed by an injunction; and show that an injunction won’t hurt the public interest.

“This Court has already found plaintiffs’ position on the merits unpersuasive, two other district courts have reached the same conclusion in similar cases, and neither court has enjoined enforcement of the rules,” Lynn said. “Plaintiffs have not presented any arguments that would cause the Court to question its decision or persuade it that the Fifth Circuit is likely to reach a contrary conclusion.”

And while the plaintiffs argued that they would suffer irreparable harm due to compliance costs and operational disruptions, Lynn argued that many of those costs have already been incurred and does not constitute irreparable harm “because the standard is inherently prospective.”

In addition, the best interest contract exemption does not go into effect until Jan. 1, 2018, for firms that want to go that route, and five of the seven main arguments that plaintiffs presented in their lawsuit against the DOL were related to the BICE, Lynn said.

She also referenced the DOL’s temporary enforcement policy, which says the department would not enforce the rule if the applicability date arrives before a delay.

Also, because an injunction would interfere with the DOL’s statutory authority—which Congress has already granted—it would cause harm to the agency, failing the third test.

As for the public interest, Lynn said she would defer to the DOL’s judgment, and in its reasoning behind the fiduciary rule, it said it was meant to protect consumers from conflicted advice.

“In the Court’s view, Plaintiffs have not provided significant evidence in contravention of the DOL’s reasonable conclusions.”