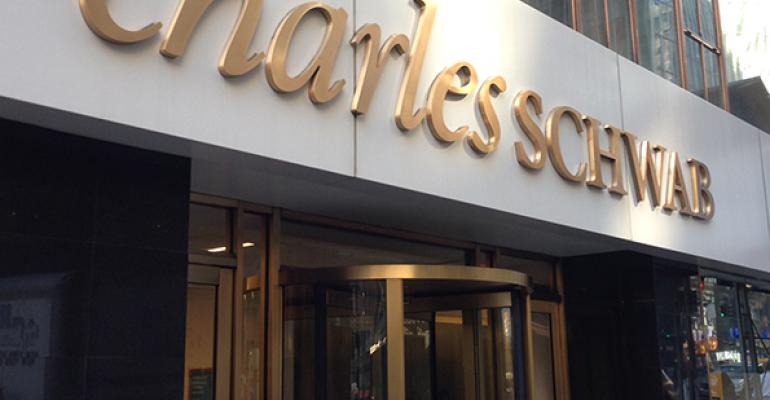 Schwab Charitable, the brokerage firm’s nonprofit provider of donor-advised funds, had a record 2018 fiscal year that ended in June. Donors recommended more than 420,000 grants totaling almost $2 billion, up 20 percent from last year, and bringing the total amount donated over its 20 year history to $10 billion, the fund said. Part of the reason behind the upsurge in fiscal generosity? Strong investment gains in the 2017 calendar year and the benefits of the new tax code, according to Schwab Charitable. Individuals can potentially donate up to 20 percent more by donating non-cash assets, including stock, compared to donating the proceeds from an after-tax sale; those types of donations now account for 74 percent of all contributions to the fund. There was a record 48 merger and acquisition deals between registered investment advisors in the second quarter of 2018, according to ECHELON Partners. “As the yield curve threatens to invert and this economic cycle presses towards record length, it is possible that some business owners are seeking liquidity while valuations are attractive and buyers are plentiful. This late cycle consolidation can be expected to continue as RIAs remain attractive assets for buyers,” the M&A report said. Combined with the 46 deals in the first quarter, 2018 is on pace to be a record year in terms of deal volume. ECHELON projects there will be 189 deals this year.

After securing seed funding of $2 million, “social investing” app Commonstock aims to make trading less scary. The app integrates with investors’ existing brokerage accounts, such as Fidelity or E*Trade, and crypto trading tools, like Robinhood or Coinbase, and provides an interface that lets investors chat with others, compare ideas or map out strategies. Users can get alerts when friends make trades, join groups, see what other investors own and who’s a top performer. It’s a “modern-day investment club,” according to the company. During its two-month pilot program, CommonStock has seen a 50 percent day-over-day increase in daily usage, according to the firm’s statement, “with some people spending as many as 8 hours per day using the platform.” The app is currently available to iOS users, with Android availability scheduled for later in the year—and there are no trading fees associated with the app.