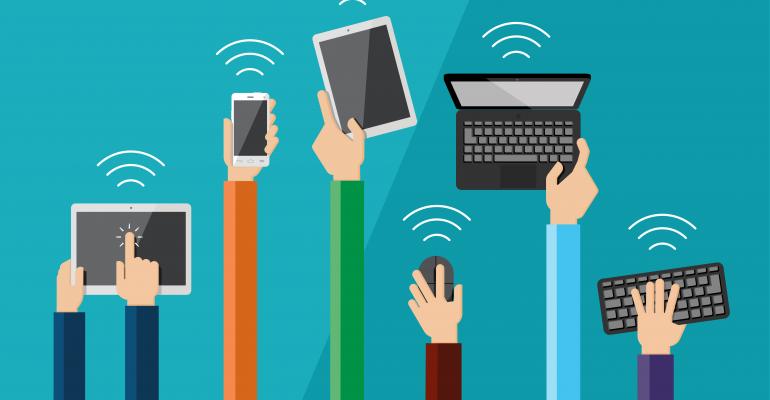 Some RIAs Ditch the Office for Good

Small and large firms alike are starting to reconsider whether they should retain the amount of office space they currently have as work-from-home largely remains the norm months into the spread of COVID-19.

In early March, as the COVID-19 pandemic intensified in the United States, Gretchen Behnke, an advisor and founder of Pearl Financial Planning in Plano, Texas, shuttered her office space and started holding virtual business meetings.

She believed the change would be temporary, but as the ramifications of the virus continued, she decided to not renew the lease to her office space and remain a virtual practice for the indefinite future.

The change occurred during a series of weeklong virtual financial planning training sessions she attended.

“It was 100% on Zoom from 8 to 5 for a whole week, and that pushed me over the edge. The medium disappeared, and all I remembered was the people and the stories and the connections,” she said. “That convinced me that you can establish the connections over video. It was kind of amazing.”

Many RIAs found themselves working from home with the spread of COVID-19. To the surprise of some, firms found their business operations remained largely unaffected; according to a survey from the Investment Adviser Association, nearly 90% of firms said that the pandemic had no material impact on their business.

In a June paper on the “new RIA workspace,” Matt Sonnen, the CEO of PFI Advisors, and Stacey McKinnon, COO at Morton Capital, echoed the survey’s findings; while working from home required teams to work harder in some ways, in many aspects RIA operations remained ‘business as usual.’

Jeff Branson, founder of Branson Financial Planning, opened his firm before the pandemic hit and while he never had a permanent location, he spent his days driving throughout the San Francisco area using hourly office space to meet with clients.

When the shutdowns began, Branson was worried how his clients might react to ending those face-to-face meetings. But the reduction in travel offered more time to invest in his practice, from watching webinars and working on newsletters. He found client conversations were more relaxed when clients weren’t squeezing in visits during lunch and coffee breaks. He’s readjusted his schedule to have more meetings between 5pm and 8pm, after clients have finished work—more convenient for clients, and easier on his own schedule.

“I think our industry is making a slow shift, and COVID-19 may just fuel that,” he said. “We tell ourselves ‘I need to see this client in person,’ when in reality, you don’t need to.”

To be sure, single-advisor firms like Branson and Pearl Financial can be nimble when adapting to a post-physical office future. Larger firms with hundreds of millions in assets, dozens or even hundreds of employees and multiple office leases will have a more difficult time, but nonetheless there are indications many of those firms too are looking to give up physical office space permanently.

Keebeck Wealth Management, a Chicago-based firm with an additional office in Columbus, Ohio and more than $1 billion in AUM, shut its offices in March, according to Bruce K. Lee, Keebeck Wealth’s founder. Lee has had a tumultuous few months with his firm, including his own bout with COVID-19 in late February. Like Behnke and Branson, when he shut the doors in March he assumed it would be a temporary measure. But by May, it became clear that working from home might be the new normal at least through the year’s end.

“It forced the next question; if COVID-19’s here to stay, it started to mean that working from home is a partial or permanent solution for the economy we’re about to go into,” he said. “I kept positioning our clients and team to say, ‘we have to throw away our old economy ways.’”

Keebeck’s office space, close to 3,800 square feet in downtown Chicago, is sitting mostly vacant, and the firm is midway through their lease agreement. Lee is adamant that going forward, all businesses are going to need less physical space.

“The work-from-home policy has become integral in our culture,” he said. “Remote work is a permanent structure moving forward in our company. It’s just (about) the level of remote work, and tech is filling that gap. That’s not going to change.”

Real estate is typically the second greatest expense a firm has after employee salaries, according to Shirl Penney, the CEO of Dynasty Financial Services. Though none of the firms that Dynasty works with that have more than 10,000 square feet have decided not to renew leases as of yet, Penney was certain a number of them will.

He estimated that larger RIAs may reduce their in-office presence by as much as 50 percent and predicted larger firms would start reducing their office space within the next two years.

“I think it’s a function of when leases are running out,” he said. “Even some who have leases that run over the next few years, they’re trying to sublet them to get out of them sooner.”

This is the case for Source Financial Advisors, a firm with about $450 million in AUM, eight staff members and a midtown Manhattan office they’ve had since 2014. Founder Michelle Smith  recently asked her team about who would be interested in returning to the office if it reopened, and everyone remained cautious.

“Let’s say you told me I had a magic wand, and if it says that the summer of 2021 is safe, I would adjust my office setup and get space for a third of the size and a third of the money and have a home base for anyone who’d want to go in for client meetings,” she said. “You’ve got to be thinking this through right now.”

According to Penney, Dynasty was already planning to establish office space in cities where there was a high preponderance of affiliated firm employees to use as needed. Dynasty would set up the technology to be customizable to individual firms; for example, displaying the firm’s brand and logo on all screens.

Penney said it was like an industry-specific version of WeWork’s design, but customizable for firms as needed.

“I think most well-run RIAs on a larger scale, as a result of this environment, are conducting strategic reviews of their business, and think, ‘what is my real estate strategy going forward?’” he said. “What do I need and how can I safely space people?”

But the disadvantages of remote working also need to be addressed, according to Greg Friedman, the founder of Private Ocean Wealth, a Calif.-based firm with nearly $3 billion in AUM. Private Ocean had offices in San Rafael, Calif., San Francisco and Seattle at the outset of the pandemic, and the lease at the San Francisco office ran out during the past few months. Like others, Friedman questioned the need for the amount of office space he had and asked the lessor if he could pay a lower rent on a month-by-month basis.

The lessor refused, and as of now, Friedman said the firm has no San Francisco office, though they will consider finding new space in the future. He cautioned that while remote working had advantages, he was concerned by the difficulty of building a sense of community and collegiality, as well as the difficulty in strengthening people’s professional development from home.

“That’s just an opinion, but when I think about my career and think of all the different environments and places and people I’ve worked with, so much of my skill set over time was enhanced by interacting with people who are senior to me who have more experience, that I was able to emulate,” he said. “That’s very difficult to replicate in this virtual world.”