/sites/all/themes/penton_subtheme_wealthmanagement/images/logos/footer.png
Recent
Recent
Nine Must Reads for the CRE Industry Today (Nov. 29, 2022)
Nov 28, 2022
Is the Retail Reckoning for Regional Malls at an End?
Nov 28, 2022
Making Client Reporting the Center of Your Client Experience
Nov 28, 2022
Kroger, Albertsons CEOs Will Testify Before Senate About Merger
Nov 28, 2022
Featured
The 10 Best and 10 Worst States in Which to Retire in 2021
Jul 15, 2021
I’m an Advisor. This Book Changed My Life
Aug 31, 2022
Fifteen Must-Listen Business Podcasts for Advisors
Aug 14, 2020
Celebrity Estates: Jay Leno and Planning for Classic Car Collections
Feb 22, 2022
News>Industry 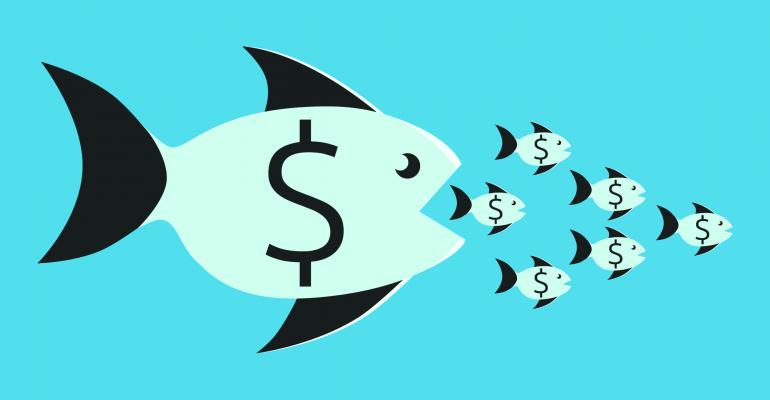 As the wealth management industry matures, merger and acquisition activity has grown from sporadic to bustling. In 2018, there were 181 deals involving RIAs, another banner year thanks to consolidators of registered investment advisors. Deal volume reached a new high for the sixth-straight year.

This week, Echelon Partners, a Los Angeles-based investment bank and consulting firm focused on wealth and investment managers, published a 34-page report on deal activity in 2018 that is packed with data and analysis.

We parsed through the report and pulled out some of the highlights and corresponding charts.

The number of deals tallied by the firm, which has some of the most comprehensive reporting on M&A activity, might represent only one-third to one-fourth of total deals, according to Echelon.