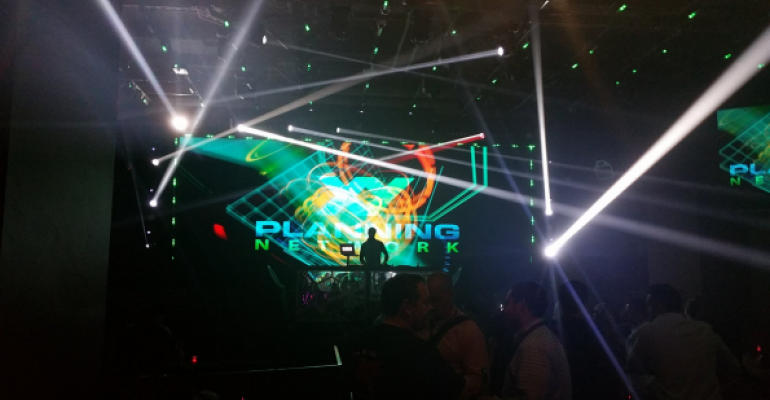 It's still not your father's financial advisor, but the XY Planning Network is starting to look a lot more grown up.

The network has had partnerships with fintech companies since its inception (providing clients with digital tools is a requirement of membership), but AdvicePay marks the network’s first move into being a technology provider.

Alan Moore and Michael Kitces, XYPN’s co-founders, said the decision to build AdvicePay was made out of necessity. Their members needed a better method for collecting fees (their current partnership with PaySimple wasn’t cutting it), but technology companies saw them as too niche for the product to be profitable.

“The problem is that financial planners fall under rules written in the Investor’s Act of 1940 [Investment Advisers Act of 1940], and it has not been updated to reflect modern payment methods or that we don’t get paid on commissions,” Moore said. “PayPal, Google, they don’t care. So for us, it was just creating a solution that’s actually customized to financial planniners.”

Kitces added that “AdvicePay is not a get-rich-quick company,” but is needed for executing XYPN's business model and expanding the accessibility of financial planning. He added that they have more ideas on their technology roadmap and can see XYPN possibly becoming a full-fledged TAMP (turnkey asset management program).

“The reality now is the network is a blend—we’re a community network and we’re a fintech company,” he said.

If the client’s credit card information changes, both the client and the advisor are immediately alerted, a feature J.D. Bruce, the president of Abacus Wealth Partners, said would solve a huge problem at his firm. His firm serves about 150 clients, and he called it a “nightmare” trying to catch when a client’s payment information is declined.

“If you don’t catch it right away, you’re not going to bill them back,” Bruce said, estimating that his firm has lost out on potentially thousands of dollars in fees simply because of changed credit card details. “If you have something like this that catches it and alerts you… yeah that’s a big use case for sure.”

​Other than building their own technology, Kitces and Moore want XYPN to encourage more external technology innovation that solves for the unique needs of their members, some who are still in the process of launching their firms and have yet to attract their first clients. This year, the conference included a fintech competition limited to companies founded within the last year that have less than $1 million in revenue. The winner was Snappy Kraken, a digital marketing and campaign platform.

“Marketing technology for advisors barely exists,” Kitces said, adding that while others are focusing on digital marketing services for financial professionals, he saw Snappy Kraken as being much broader.

“There’s never been a turnkey marketing platform for advisors,” Kitces said. “We’re seeing whole categories get created, and that’s exactly what we wanted to see [out of the fintech competition].”

Though fintech is a core aspect of the conference, the XYPN guys don’t see their conference as being in competition with Joel Bruckenstein’s Technology Tools for Today, or T3, conferences. Kitces, who is typically involved in T3 events, said there is bound to be overlap, but sees the XYPN conference as still being focused on a very particular advisor model rather than on technology for the entire wealth management industry. But he says there is still a gap in technology made for younger advisors who eschew the AUM model that he thinks XYPN can fill.

Supporting technology innovation is great and all, but the real question for XYPN is if its business model actually works. There is still a great deal of skepticism in the industry that only servicing younger, smaller investors and charging a flat fee rather an a percentage of AUM can be profitable.

@R_Alan_Moore @ryanWneal you guys have at it... Seems to me the 35+ demo has all the money.

Moore and Kitces say the network’s growth is proof that the model works. When they launched XYPN in 2014, they projected 50 registered members by the end of 2015. They closed the year with 190. And to date, there are more than 300 registered XYPN members. In its second year, the conference has also ballooned from about 170 attendees to 400.

Kitces admits that there are limits to the monthly retainer business model and that it likely won’t lead an advisor to making $1 million a year anytime soon. The comparison he likes to make is to the health care industry, where some doctors go on to be orthopedic surgeons earning huge salaries, while others find fulfilling work in local clinics. No one would consider a clinic doctor a failure for choosing personal reward over monetary.

XYPN advisors can serve their peers, own their own business and enjoy the work-life balance of independent advisors. Kitces believes there is plenty of room for XYPN advisors to grow as their clients accumulate more wealth and advisors improve their brand. He also believes the current market of serving Gen X and Gen Y is "ludicrously wide open" and did some quick napkin math to show how the XYPN business model can still lead to a comfortable lifestyle.

Kitces and Moore also launched a new book, The Monthly Retainer Model, at the conference that details their philosophy of financial planning and argues for why it works. XYPN also plans a new digital academy to help member advisors with various career milestones as their firms grow.

"Not everybody is going to succeed at it. It is still difficult getting clients and reaching that breakeven point," Kitces continued. "But absolutely you can do it profitably. We have a long list of advisors that already doing it, and we're seeing many of them grow from there."