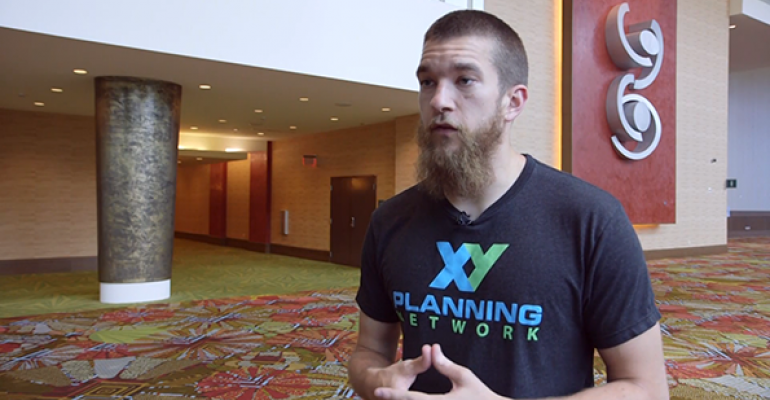 Financial technology competitions like TechCrunch Disrupt and Finovate have grown into large and successful events, but the vast majority of start-ups competing are geared toward the consumers.

So the XY Planning Network, an organization of fee-only financial planners focusing on a younger clientele, is launching its own competition for start-ups working on business-to-business advisor technology.

The competition will be held during XYPN’s second annual conference, #XYPN16, and is designed to provide exposure to companies that may not yet have the funding to afford a presence at other industry conferences, such as T3. XYPN co-founders will do a preliminary round of judging to narrow the field to six competitors, who will get two free passes to attend #XYPN16 and give a live demonstration, as well as free booth space to exhibit.

XYPN co-founder Alan Moore said no other events would be scheduled during the competition to help the companies get the undivided attention of potentially hundreds of advisors and possible investors. The winner will get an article on Michael Kitces’ blog, Nerd’s Eye View; a promotional video from Bill Winterberg and a feature on his blog, FPPad; a press release distributed by FiComm Partners, a PR team specializing in wealth management; and an interview on XYPN Radio.

“Ultimately, it doesn’t matter how good of product you have if you don’t have launching and distribution,” Moore said. He added that the advisors at #XYPN16 will be younger, smaller firms that are able to embrace new technologies more effectively than attendees at most industry events.

“It’s self-serving in the sense that we want technology for our firms and new technology innovations because [third-party] vendors have been so slow to even pull in pieces that are working in other industries and bring them to our space,” Moore said. “We need better technology to do our jobs better. We have the firms that want the technology and need the technology, and will actually use it and leverage it correctly.”

Judging criteria will be left open and Moore admitted it will be tough to compare technologies in different areas (for example, if it came down to a new CRM versus a new client portal), but in the end it’s about what tool does the most to help make advisors more effective and efficient at financial planning for next-generation clients.

Bill Winterberg, who reportedly had a falling out and legal battle with Joel Bruckenstein over the T3 technology conference, will host the event.

“T3 is great at what they do,” Moore said. “Ultimately conferences are at a price point where they are not start-up friendly… It’s tough to get vendors.”

The application period began Tuesday and will be open through July 15. The company must be building technology for financial advisors or support delivering financial planning. Applying companies must have launched in the last 12 months, have less than $1 million of annual revenue, or be an existing company with a new feature that is substantially different from its existing product line.