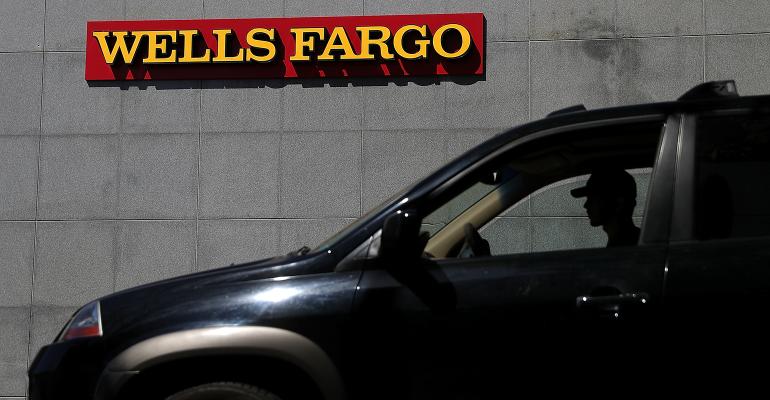 The commission said Wells Fargo failed to properly train and oversee brokers and advisors who didn't understand the ETF was not designed for long-term buy-and-hold investors.

Wells Fargo Advisors Financial Network and Wells Fargo Clearing Services will pay a $35 million penalty to investors for failing to properly supervise investment advisors and registered representatives who were recommending an unconventional type of exchange traded fund which is unsuitable for many retail investors, according to the SEC.

The charges were settled days after Wells Fargo was fined $3 billion by the Department of Justice and SEC on separate charges that it pressured employees with unrealistic sales goals leading to "millions" of fake or fraudulent account openings.

Single-inverse ETFs are meant to track the opposite of an index’s performance during a trading period and are usually held for only a short period of time. However, even if the index that a single-inverse ETF is tracking doesn't go up or down in value, the ETF itself still loses money, according to the SEC’s order. These ETFs can often produce unexpected losses if they are held for longer than a day (and the losses can be particularly severe when the markets are volatile).

But representatives of Wells Fargo Financial Network, the wealth management unit's independent broker/dealer channel, and Wells Fargo Advisors recommended the single-inverse ETFs to more than 40,000 retail advisory accounts and more than 2,000 retail brokerage accounts between April 2012 and September 2019 that were held for a long period of time, according to the SEC, many of them for months or even years in retirement accounts.

Throughout this period, many Wells Fargo advisors recommending the fund did not know about Wells Fargo’s policies on single-inverse ETFs, and Wells Fargo failed to provide them with the necessary training on when such recommendations were appropriate, according to the SEC order, despite a FINRA fine levied in 2012 over the same issue.

“Firms must maintain effective compliance and supervisory programs to ensure that the securities they recommend are suitable for their clients,” Antonia Chion, the associate director of the SEC’s enforcement division, said. “As a result of Wells Fargo’s failure to meet these important obligations, some of its employees recommended complex instruments to retail investors who did not understand the risks involved.”

Some of Wells Fargo’s brokers and advisors did not understand the risk that single-inverse ETFs could pose for retail investors, the SEC said. This resulted in advisors recommending that investors hold on to single-inverse ETFs for years on end, which could result in stark losses. For example, the SEC found that in the fall of 2017, one branch examiner raised concerns to managers responsible for compliance and supervision after finding out that a financial advisor in the network had recommended that some clients hold single-inverse ETFs for as long as five years.

Senior citizens and retirees with limited incomes and net worth were some of the many investors affected by the faulty recommendations, which resulted in millions of dollars in losses, according to the order.

“Some of these clients had little or no relevant investing experience and had been identified to Wells Fargo as clients with moderate or conservative risk tolerances,” the report read. “Moreover, some of these clients did not fully understand the risk of losses when holding these inverse ETFs long term and were not aware of the need to, and therefore did not, actively monitor the positions.”

In addition to failing to supervise advisors and brokers on the benefits and drawbacks of single-inverse ETFs, Wells Fargo failed to produce compliance policies that could help representatives avoid making unwise investing recommendations to clients, and also that it failed to adequately implement those policies and procedures that did exist, according to the order.

When reached for comment, a spokesperson for Wells Fargo Advisors reiterated that it had settled claims with the SEC on its policies and procedures on single-inverse ETFs.

“Wells Fargo Advisors no longer sells these products in the full-service brokerage,” the spokesperson said. Wells Fargo neither admitted nor denied the SEC's charges.

In 2009, FINRA and the SEC released a joint alert about the dangers involved with holding nontraditional ETFs (including single-inverse ETFs) for a longer period of time. Three years later, Wells Fargo Advisors, Wells Fargo Advisors Financial Network and Wells Fargo Investments were sanctioned by FINRA for not putting policies and procedures in place to help advisors make suitable recommendations to clients about nontraditional ETFs (they paid more than $2.7 million in fines and restitution, according to the SEC order). At the time, Wells Fargo stated that it had “enhanced its policies and procedures” and was confident that it had improved its training on the matter.

But as far back as 2009, Wells Fargo’s lead exchange traded product research analyst had warned the company that single-inverse ETFs could actually perform worse than the inverse of the index they tracked, if investors held on to the products for the long term.

“At various points, the analyst also cautioned that single-inverse ETFs should be used for short term holding periods, were not intended for portfolio protection against an eventual downturn in the market and were misunderstood by investors,” the SEC order read. “Wells Fargo, however, did not convey this guidance to all financial advisors recommending single-inverse ETFs to clients.”