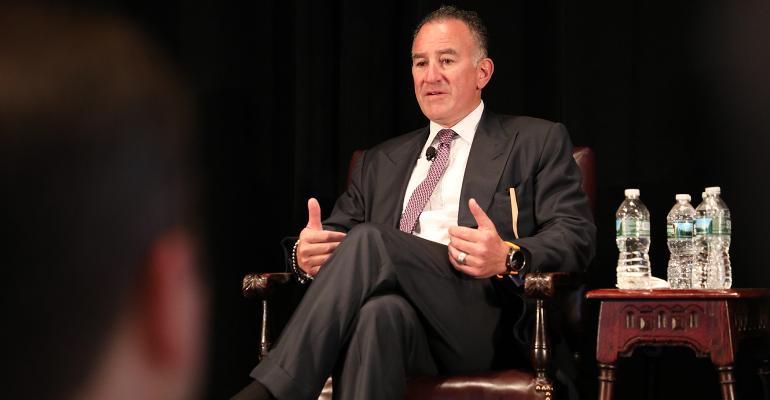 If the founder of Hightower gets his way, interested advisors might soon be enrolling in an institute for training “qualified successors.” That was one of the many ideas and topics floated at this year’s DeVoe & Company M&A+ Succession Summit in the Harvard Club of New York City.

One of the first topics tackled was how aging advisors address the challenge of succession in their businesses. Of the advisors planning to retire in the next decade, nearly a third are unsure of their succession plan, according to a 2018 Cerulli report. Ironically, these unprepared advisors are looking at a marketplace of unprepared owners, said Weissbluth.

“To be a successor, you have to have all sorts of experiences that have nothing to do with servicing clients and building portfolios,” he added. His solution: build an institute that teaches advisors not just how to be business owners but “custom-tailored to running an advisory practice.” The institute would create a pool of “qualified financial advisor successors.” The need is so great that Weissbluth even committed to backing it.

A spokesperson later clarified that he would not provide financial support to such an institution; rather he would assist in crafting curriculum and provide instruction on the topic of succession.

Mariner Wealth Advisors is also focused on developing a younger generation of qualified professionals, said Bicknell, but with a contingent that’s yet to enter the workforce. The firm has an eight-week course to develop leadership among university students interested in becoming financial advisors, with four weeks spent on-location at wealth management offices, and four weeks at the firm’s Overland Park, Kan.-based headquarters.

Advisors frustrated by a perceived lack of successors, who end up turning to an RIA consolidator, should be aware of certain red flags they might be sending to buyers. One of those red flags is personality, said Cooper.

“No jerks allowed,” he explained. “When you integrate someone in your company, by definition you are going to change the culture. It’s always about the people first.” Just as advising involves emotional intelligence, so too does closing a deal, he noted.

He pays close attention to the language used by potential sellers and how they approach the deal. “When somebody agrees with you, and the first word after they agree with you is ‘but.’ ‘Yes, but’—walk away,” he advised. “The emotion around the deal—the qualitative factors that are involved—they’re incredible,” he said, as both Weissbluth and Bicknell nodded their heads. “That is 90% of everything.”

For many advisors, AUM is a constant barometer of success, and so it would seem natural that consolidators would factor that into the equation of a deal as well. But that’s not always the case.

For firms like Hightower, assets matter—to a certain extent. Weissbluth’s firm is still interested in sellers with smaller amounts of assets, but if the seller is “subscale from an operational perspective,” geography comes into play. Hightower will evaluate whether the RIA is near another of its teams and if there is the possibility of creating scale through pooling of resources.

While AUM is the lifeblood for many advisors, it’s not always necessary to be a part of a larger organization. “There is no real true sweet spot,” said Bicknell. “We’ve onboarded teams from knowledge professions, with zero assets, to onboarding a couple billion-dollar teams.”

At the end of the day, talent outweighs assets, Bicknell added, particularly the next generation of talent in a seller’s organization. “That’s the future of the business,” he said. “Those are the people that I’m trying to build this organization for.”