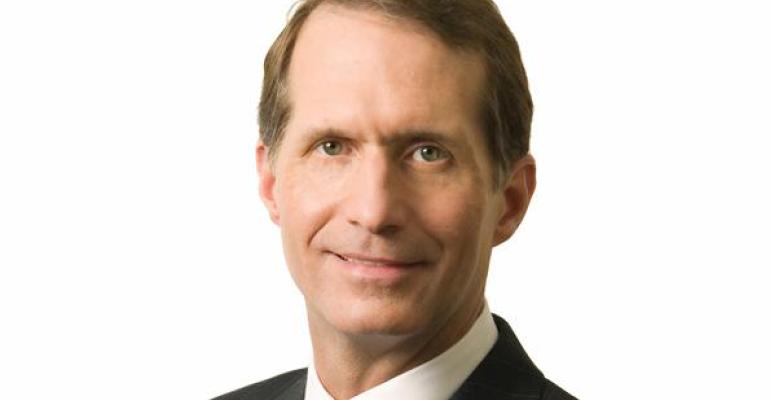 Under AmeriFlex's new program, an advisor sells 30-40% of their current revenue to the OSJ in exchange for a check. The program was created with Larry Roth, industry consultant and longtime IBD exec.

Through SuccessionFlex, advisors would sign a succession and continuity agreement with AmeriFlex, with the option to sell 30 to 40% of their current revenue stream to the firm. AmeriFlex would do a valuation of the advisor’s business, using Echelon Partners, FP Transitions or one of the IBD platforms, and would buy that revenue stake at a premium to what the advisor would typically get in the marketplace. The advisor does not lose any equity in their business, but they are required to stay at AmeriFlex.

“It will be equal to or more than what they would get if they were to sell their practice in its entirety,” said Thomas Goodson, president and CEO of AmeriFlex. “They want to sell their business in five years; they don’t know if that’s going to be a good time, if we’re going to have a recession; if they’re going to be healthy. This gives them a portal to take some money off the table.”

“This gives them an opportunity to get out part of their funds, take some value out of their practice,” he added.

If the advisor decides they want to leave, he or she can buy the income stream back from the firm. And if they decide to sell to AmeriFlex upon retirement, the two parties renegotiate the balance. They would go through the same procedure: AmeriFlex would value the practice, subtract the 30-40%, and make an offer.

The program comes at a time when AmeriFlex is experiencing significant growth. The firm, which was established in July 2019, has doubled from 39 advisor partners in March 2020 to 77 today. Assets under administration have grown from $2.2 billion to $4.75 billion over that time. The hybrid has a goal of reaching $9 billion by next year.

“Most of [the advisor’s] net worth is likely tied to the value of their business, so this presents them with a quick way to monetize and take some chips off the table,” said one source, close to the RIA M&A market. “They’re likely too small to hire an investment bank and go to market, so this is a reasonable way to de-risk and start the succession planning process.”

Brian Lauzon, managing director at InCap Group, an investment bank serving wealth and asset managers, said it’s also a good way for the OSJ to lock in advisors and keep them at their firm.

“It’s trying to create some visibility into their future and make sure they insulate themselves from these advisors getting recruited away one more time before they retire,” Lauzon said. “It’s a smart way to get ahead of an advisor who could potentially be in motion at some point and address what probably is a very large swath of advisors that kind of like the idea of de-risking their career to some degree, but not retiring.

“Historically it’s been you’re either all in or all out. This is a way of saying, ‘We can help you through a multi-stage transition.’”