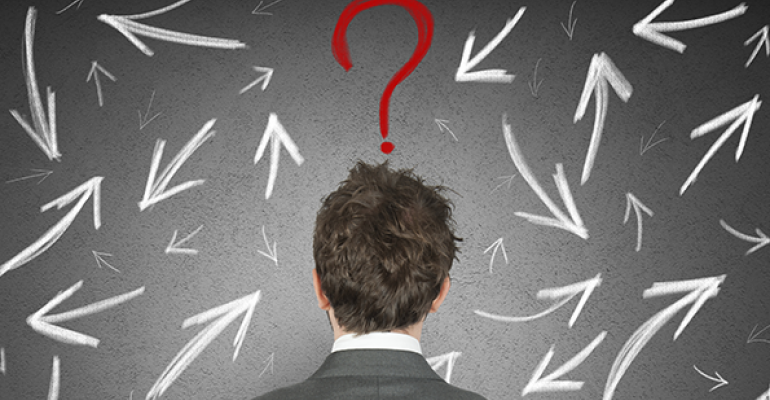 A new survey from Charles Schwab Investment Management also found that advisors' other most common biases were likely to be loss aversion or overconfidence.

Advisors consider “recency” bias one of the most pernicious examples of biases affecting their clients’ decision-making, according to a new study from Charles Schwab Investment Management.

The “BeFi Barometer 2019” was conducted by research firm Cerulli Associates on behalf of Schwab and surveyed more than 300 financial advisors on how behavioral finance affects their clients. In all, 35% of respondents found that recency bias led investors to be too easily swayed by current events when developing their financial plan and preferences.

“When clients overweight the importance of recent/memorable events, they are more likely to performance chase rather than make strategic investments that may be better suited for them,” the report stated. “Simply expecting future results to be a continuation of recent market trends often leads to irrational decision making.”

While recency bias was the most common response, 26% of advisors bemoaned the frequency of loss aversion, which is when clients prefer to avoid potential losses as opposed to taking reasonable risks on gains that could mitigate losses. One in four advisors also found that clients too often suffered from confirmation bias, with clients preferring to reinforce their own views on investment decisions or strategies, even when information was available to complicate their perspective.

Asher Cheses, a high-net-worth research analyst at Cerulli, said recognizing behavioral biases such as these was an “important first step” advisors could take to help investors avoid mistakes that could inhibit long-term gains.

“Advisors who incorporate behavioral finance principles into their practice can help their clients put guardrails in place to avoid irrational decision-making and better adhere to a long-term financial plan,” he said.

However, the survey also asked advisors to turn the spotlight on behavioral biases back on themselves. Twenty-nine percent of respondents said that they were most likely to have a bias of loss aversion, while 17% of advisors said they suffered from overconfidence. Confirmation bias was the chief self-critique among 9% of advisors.

Though it’s impossible to extinguish bias in investor behavior altogether, advisors highlighted several approaches that could mitigate their negative impact. More than six in 10 advisors stressed that sticking to a long-term view of market performance is a “very effective” strategy, according to the report.

“Particularly in periods of volatility, reminding clients of their investment goals and ensuring they adhere to a sensible financial plan can help them reduce emotional reactions and avoid making poor investment decisions,” the report read.

According to the survey, 52% of advisors found “systematic processes” effective in reducing emotional reactions during investment management, while 47% found it was beneficial to separate clients’ wealth into separate accounts, designed with different goals in mind. Advisors reported that doing so made clients less likely to anxiously react to a tumultuous market climate.