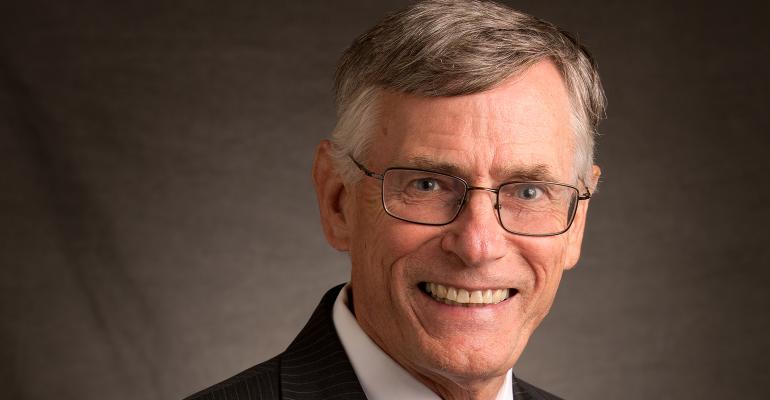 Rick Ketchum, the recently retired chairman and CEO of the Financial Industry Regulatory Authority, may be leaving the industry, but his name will live on. The FINRA Investor Education Foundation has named a new award in Ketchum’s honor. The Ketchum Prize, currently accepting nominations through March 1, 2017, will honor researchers and educators who have made major and uncommon advances toward improving investor protection and financial capability in the U.S. The winner will get national recognition and $10,000. "We wanted to pay tribute to an individual who leaves behind a rich legacy—deepening our understanding of financial capability and ensuring investor protections through enforcement, education and outreach," said John J. "Jack" Brennan, chairman of FINRA's Board of Governors. Robert Cook, one of WealthManagement.com’s Ten to Watch in 2017, has succeeded Ketchum as CEO. With Dow 19,000 now in the record books, Wall Street is setting its sights on the next big round number: 20,000. According to Ari Wald, Oppenheimer's head of technical analysis, the index could hit 20K as early as the first half of 2017. "This is very classic bull-market behavior," Wald told CNBC. "When the Fed starts to tighten interest rates, you have your mid-cycle correction—that's what we've had over the last year, the very wide gyrations—and now we're breaking out to the upside." If all 30 stocks in the Dow hit analysts' media price targets, the index would trade at about 20,065. It would be led by Apple, followed by Home Depot and Visa. Three other stocks to watch in the hunt for 20,000 are Goldman Sachs, Caterpillar and Chevron. "Traders like three things," said Rich Ross, head of technical analysis at Evercore. "They like higher yield, higher volatility and fleece vests. This is a great way to get all three; those are three stocks to play the move higher in the Dow."

Retirees are 'Gigging It' Retirees are embracing the gig economy in order to earn extra cash and stay mentally active, reports Alessandra Malito for MarketWatch. Nearly 24 percent of adults ages 55 to 74 participate in this "alternative work arrangement," compared to 14.3 percent of people ages 25 to 54 and 6.4 percent of people ages 16 to 24. Retirees also seem to be gravitating toward certain areas of the gig economy. Ride-sharing services and online marketplaces for handmade crafts and goods have seen spikes in the number of older adults picking-up odd jobs. And DogVacay, a company that takes jobs watching strangers' dogs or walking them, in particular, makes use of the army of retirees looking to stay active and make money. Of 35,000 dog sitters and walkers in the United States and Canada, 20 percent are seniors.