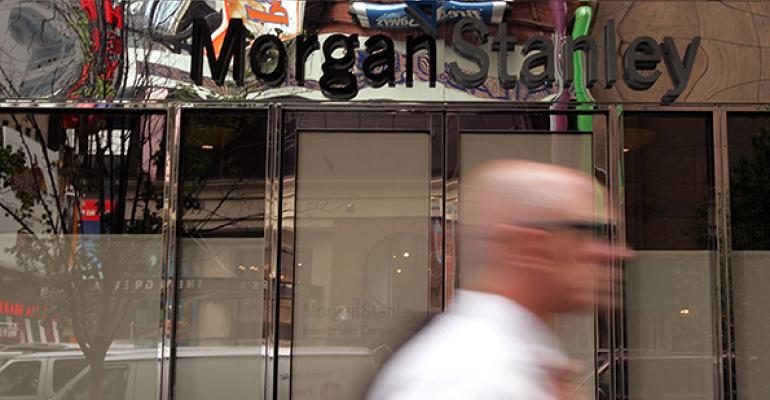 “Serving the investment needs and opportunities unique to clients who reside outside of the U.S. has become increasingly complex.”

(Bloomberg) --Morgan Stanley told some of its international wealth-management clients to liquidate their accounts or shift to another financial institution within 30 days.

“Serving the investment needs and opportunities unique to clients who reside outside of the U.S. has become increasingly complex,” the New York-based bank said Friday in a statement. “As a result of a review of our international account policies, we have decided to exit some international relationships.”

It’s unclear what prompted Morgan Stanley’s change and how many people are affected, but the move involves only a small percentage of relatively small international accounts, according to a person with knowledge of the matter, who asked not to identified because the directive hasn’t been made public. The bank’s assets under management were $2.4 trillion at year-end.

Global investment banks including Barclays Plc and Citigroup Inc. have been cutting ties with smaller clients and scrambling to capture a greater share of business from the world’s elite fund managers as new rules led the industry to rethink its traditional focus on revenue. Barclays previously told some 7,000 customers to do more trading with the firm or find another bank, while Citigroup and HSBC Holdings Plc instituted tiered client lists, lavishing attention on the handful of money managers at the top while reducing the time spent with the least active players.

Morgan Stanley has been moving more wealthy clients into fee-based accounts that are priced on asset levels rather than activity, boosting results as markets rise. The firm posted record revenue of $4.41 billion from wealth management in the fourth quarter, as fees from that business moved closer to parity with the institutional-securities business than at any point since 2013.